Navigating Breast Insecurities: Big, Small, Lopsided, They Are All Good. 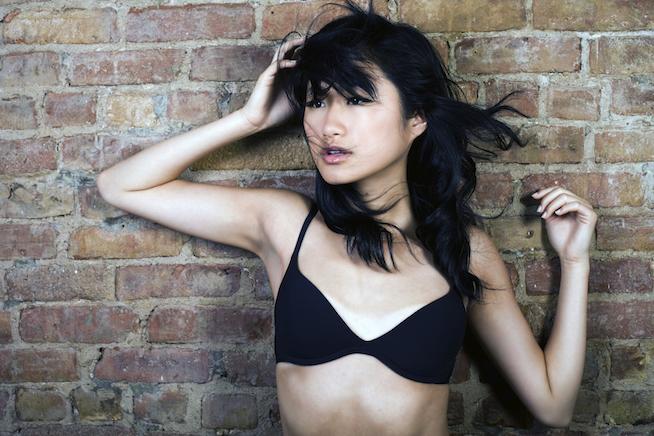 I want to clear up three of the most common misconceptions about breasts in the hopes that I can also aid in clearing up some insecurities.

I have small breasts.

I mean, technically, I have average breasts. But when you grow up believing — thanks a lot, media! — that the average bust is a D-cup, it makes your 34B feel small.

But something funny happens when I state this fact, that my breasts are small.

Every sexual partner that I’ve ever had, when I’ve commented on (note: commented on, not lamented!) the humble size of my breasts, have replied — and hastily — “They’re not small!”

Gee whiz. You’d think they’ve all been socialized to equate “small breasts” with “not-good-enough breasts” or something.

It feels rather akin to “You’re not fat, you’re gorgeous!” comments — as if the two cannot coexist simultaneously.

And while I appreciate their attempt at a compliment, what they really bring back are all of my memories of being a teenager, wondering in earnest if that “I must, I must, I must” exercise from Are You There, God? It’s Me, Margaret was legitimate.

(And according to Judy Blume, it doesn’t matter.)

Because at 30, I now love my breasts. They’re one of my favorite parts of my body. They never grew, but my relationship with them sure as hell has.

And it makes me sad to see so many other folks worried about their breasts and whether or not they’re “good enough.”

So I want to clear up three of the most common misconceptions about breasts in the hopes that I can also aid in clearing up some insecurities.

Do you see how many damn bra sizes there are?

Between having to first measure the circumference of your ribcage where the band of the bra lies, and then measuring how far the flesh of your breasts protrude from that baseline, you’ve got a lot of combinations to work with!

Victoria’s Secret, for instance, carries 42 bra sizes — and they only carry sizes 30AA through 40DDD, which in no way, shape or form, encompasses the needs of all bra wearers!

So regardless of how big or small your breasts seem to you, you are not alone.

But a lot of times, people are less worried about the size of their breasts and a lot more concerned about their shape.

But guess what! Despite, again, what the media tells you, breasts come in a huge variety of shapes! Most natural breasts are affected by gravity and seem to sag a little bit, rather than perking up like they might in a bra. Most nipples fall downward (so, ya know, potential babies can reach them), rather than face forward.

And most natural breasts are oblong-shaped, not round. They also tend not to match exactly. For example, my left breast is slightly larger than the right, and it tends to sit more forward than the right one, which tends to fall to the side more.

No matter what your breast size and shape is, that’s perfectly normal and natural (and awesome). And also probably common.

2. Breasts Are Made of Skin — And Are Subject to All That Entails

Wanna know why? Because my breasts are skin, and sometimes skin has hair, bumps, and stretch marks.

Skin also sometimes has scars, whether as the result of an accident or surgery. So finding scars on breasts (and chests, for that matter) also happens.

Because breasts (and especially those that belong to women) are so sexualized in our culture, we tend to objectify them, even when we don't mean to. We think of them as objects — sometimes even as toys — rather than body parts. And that can lead us to expecting breasts to be more “flawless” than they are in reality.

3. Breasts Are Not Inherently Womanly (And Womanhood Is Not Defined By Breasts)

When we think, as a society, about breasts, we tend to associate them with femininity. We think of breasts as something that belong to women, and that all women have.

But that couldn’t be further from the truth! And it’s also really offensive to think of it that way.

There are plenty of women (from trans women to intersex women to women who have had mastectomies to anyone else for any reason) who might not have breasts. And there are plenty of men (like, for example, trans and intersex men) who might! Womanhood is not defined by breasts, and breasts are not indicative of womanhood.

I mean, really, think about it: What kind of a sad world would we live in if we really believed that women and breasts were one in the same experience? That sounds a lot like some horrible objectification to me — and I’m not here for it.

So while it’s perfectly normal to stress about your breasts in a society that teaches us that they say something about our worth, I think it’s time to push back on that nonsense by shedding these misconceptions once and for all.

If you like this article, please share it! Your clicks keep us alive!
Tags
body image
breasts
breast size 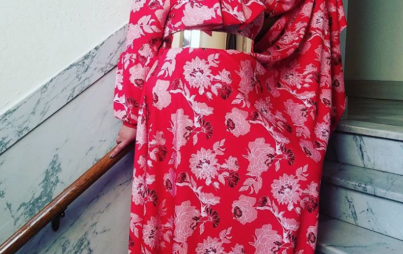 Take The Cake: 3 New Rules For Re-defining Success Without Weight-Loss 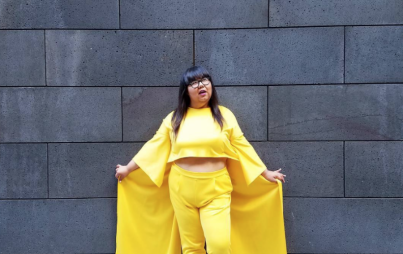 2017: The Year In Our Favorite Plus-Size Trends