20 Things Guys Have Actually Said To Me In Bed 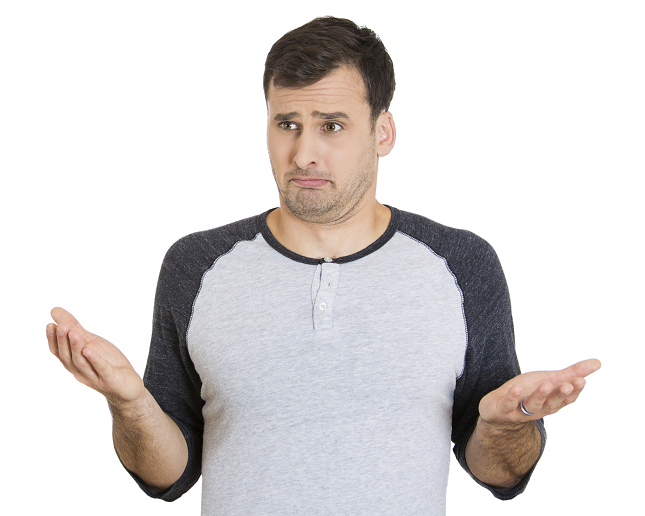 It's about the shit culture that we live in — one in which sexuality education comes mostly from mainstream pornography and locker room talks, and where disrespect for and objectification of women runs rampant. Image: thinkstock.com

I once asked a guy if he would go down on me, and he told me, “If that’s what you want, you should just fuck a girl.”

I fall in love and hook up regardless of gender. Your combination of body parts, gender identity, and expression mean nothing to me as far as whether or not you’re a potential sexual or romantic partner. Do you give me butterflies in my stomach or tingles in my nether region? Cool. Then I’ll pursue it.

But in my experience dating and sleeping with straight, cisgender dudes who worship hegemonic masculinity, I’ve noticed that there’s something really — umm — special about how they go about navigating sexuality.

Namely, it’s amazing how subtly (and sometimes overtly) they’ll blurt out (or breathily whisper) the most sexualizing, objectifying, rape culture-y things. Or things that just go to show that they either have zero respect for your needs or absolutely no. fucking. clue. how bodies work.

So here are (only) 20 examples of the weirdest and rudest shit dudes have ever tried to pull on me in sexual situations.

1. In high school, I was on a date with a guy at Pizza Hut. I was holding my plastic glass of Pepsi with one hand, playing with the condensation on the outside of the red cup. My date said, “I know what you’re doing.” I made a quizzical face. He responded, “You’re simulating a hand job.”

2. In reference to the above, the only reason why I remember specifically that we were at Pizza Hut is because he had already told me that the way I dipped my breadstick in marinara and then stuck it in my mouth was making him hard.

4. A guy once was trying to convince me that there’s such a thing as “positive” stereotypes. I asked him to name one. He said, “Like Italian guys are well-hung.” I said, “But that’s not true, though.” He asked, “Aren’t I the only Italian guy you’ve been with?” And then he didn’t talk to me for the rest of the night.

5. One dude told me not to wear black bras. He said, “Boys only like bright colors.” And then he demanded that I go lingerie shopping.

6. On that note, a dude also once told me not to wear panties with polka dots on them — “because then I feel like I’m fucking a 5-year-old.” Oh.

7. To further this trend of dudes telling me what kind of underwear to wear, one guy actually told me never to wear the same bra or panties twice — that every time we fucked, I had to be wearing something different.

8. One time, a dude told me that he couldn’t find my clitoris.

9. A guy once asked me if he could slap me across the face during sex. I asked, “How hard?” He asked if we could try it in this non-sexual situation to gauge my feelings on it. I let him. Afterward, I said, “OK. Yeah. That’s fine. But if you do it during sex and I tell you not to do it again, don’t.” And he said, “Why?”

11. A guy once woke me up by poking his erect penis against my leg (I seriously hate when men do this). Despite my not reciprocating the interest, he climbed on top of me and started taking his boxers off. “I’m not — like — ready,” I explained. Annoyed, he said, “What do you want me to do? Like, kiss you?”

12. I once asked a partner who I’d had a lot of trouble with in the satisfaction department if I could guide him step-by-step and show him what I wanted. He agreed to it — but it ended up involving very little penetration. Afterward, I told him it was the best orgasm I’d ever had in my life. He said, “I got nothing out of that. I’m never doing that again.”

14. A guy once told me that he had a mask fetish — that he wanted to wear an executioner’s mask during sex. He asked me repeatedly if he could do it, and I always gave an awkward “I don’t know.” Finally, I realized that my hesitation was in what I thought was an expectation to reciprocate excitement. I explained that he could, by all means, do it, but just to realize that since it was his fetish, and not mine, it wouldn’t add any excitement for me. He got mad.

15. One time, a guy told me he wanted to try something new with me that he had read in a magazine. I complied. You know that weird thin piece of skin that attaches your upper lip to your gums? He wanted to try to suck on that or flick it around with his tongue. I let him. Then I told him I hadn’t liked it. And he indignantly replied, “But Maxim said you would!”

17. A guy once asked me if I knew the proper pressure to apply when biting someone’s nipples. I suggested, “Whatever pressure they ask for?” He told me no. He said he’d read online that the proper pressure is “as if you’re nibbling on a grape, but trying not to break the skin.” When I eventually asked him for more pressure, he refused.

18. This one guy, the first time he ever asked me to perform oral sex on him, and with no prior conversation around kinks, requested it by asking, “Wanna choke on my dick?”

19. One time, a guy kept trying to take my bra off during sex, but I didn’t want to. I kept swatting his hands away. Eventually, I had to straight-up tell him that I wanted to keep my bra on. He got frustrated and asked me, “How does it make sense that we’re having sex, but you won’t take off your bra?” When I told him I didn’t appreciate his not respecting my boundaries and autonomy, he said, “I think you’re blowing this out of proportion.”

20. A guy once asked me not to tell anyone at our shared place of employment that we had slept together. I agreed, but asked why. He said, “Because I don’t want anyone to know I’m fucking the weird girl.”

And bonus: One time, a dude told me, with each thrust, how many babies he was giving me. “One million,” he moaned. “Two million.” I’m not sure he understood the difference between sperm and babies — or intercourse and ejaculation, for that matter.

The truth is: I’m not really sure why I wanted to put this in writing. I was walking home in the freezing cold from yoga class, and one of these memories — I don’t remember which — popped into my head. Next thing I knew, all of these examples came flooding back to me. And even though I laughed to myself about it, I wondered what the fuck was up with this trend (although, given, a lot of these examples come from repeat offenders).

And then I remembered that it was all about the shit culture that we live in — one in which sexuality education comes mostly from mainstream pornography and locker-room talks, and where disrespect for and objectification of women runs rampant.

And I decided that I wanted to turn these ridiculous experiences into something useful. So here it is: a paycheck for me and (perhaps) a chuckle for you.

If you like this article, please share it! Your clicks keep us alive!
Tags
Sex
Relationships
hegemonic masculinity