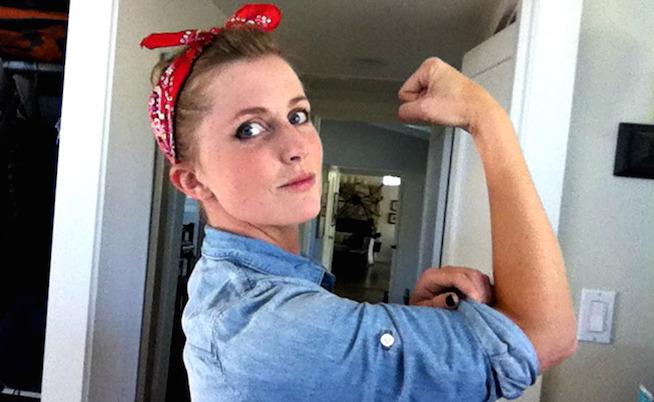 If you’d asked me when I was younger what I was afraid of, I might have told you about my terror of spiders (especially hairy ones) or fear of flying.

The truth is, much of my life has been ruled by fears I didn’t want to face. Now that I'm older and have been battling them, I feel an enormous weight lifted from my shoulders. I only wish I'd been able to shrug off these societal pressures years ago. 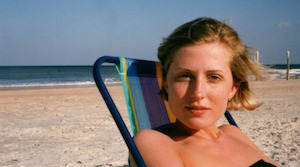 1. Not being loved back

The scariest thing to me when I was younger was liking someone and having them not like me back — especially someone I had a crush on.

This fear is really common, but I think the saddest part is how many really nice guys I probably missed out on because they weren't aggressive in pursuing me. I was always too afraid to take the risk of baring my feelings if it wasn't a sure thing.

Luckily, I got my act together just in time to meet the nicest guy of all, my husband.

2. Being called a slut

Most women will tell you that when you're young, being called a slut is terrifying. You feel ashamed and sometimes even physically threatened. That's why people use that word to harm us — it's so damn powerful.

Because of that fear, I told myself that if I didn't sleep with too many guys or dress the "wrong" way, I could escape this label. But you can't avoid a label if the world wants to give you one. And deciding not to sleep with any guys? Well, that'll get you labeled as a lesbian. Which leads me to my next point . . .

3. Being called a lesbian

In high school, I somehow managed to have guys call me "slut," "prude," and "lesbian" all at the same time, as if that combo made any sense!

The truth I now embrace is this: I am a little bit of a slut and a little bit of a lesbian (technically, you'd say bisexual or pansexual). And sometimes I'm even a bit of a prude, because I'm a real human being and humans are complicated like that. I like sex (now, with my husband, exclusively) and I wish I hadn't spent so long feeling ashamed about it.

It shouldn't be up to women to just get over the harassment we have to endure, but I do wish I'd been able to embrace the person I was at the time, in all her complicated glory, and not let those jerks make me feel ashamed.

4. Not being considered pretty

As a little kid, the compliment I heard more than any other was that I was pretty.

If I sound like an egomaniac, I'm going to blow your mind right now: I never actually felt pretty. I just knew that "pretty" was the best thing anyone saw in me. The idea of losing it was terrifying, which is so sad to me now.

Now, I want to look pretty sometimes, and other times I don't give a crap. That sense of freedom is incredible. I wish I'd discovered it decades ago.

5. Upsetting men I didn’t even like all that much

I don’t know what kind of crap this was, but I’ve certainly shed it now.

Women and girls are told not to rock the boat, and somewhere deep inside I bought into it, despite having politically active parents and my own strong opinions.

One part of me knew I was good enough without the approval of men, but the part of me that was wounded, that wanted acceptance, was very powerful. I wish I'd fully understood the value of my voice, and that upsetting some men is just a part of using it.

6. Being loved for who I really was

There’s something super-scary about letting the person you love see you for who you are. If you’re rejected, it’s about you, not the mask you put on. So instead I molded myself to be what they wanted, to not offend or upset them.

Looking back, I can see what a disastrous system this was. But at the time, I was mostly looking to keep my fragile ego afloat.

This probably goes along with the "pretty" thing. I didn't work hard in high school, so in college I felt unprepared and started having anxiety attacks. Deep inside, I believed I wasn't smart enough.

In truth, I was scared to try hard in school. Half-assing it had gotten me through high school with Bs and Cs, and my family and teachers seemed unfazed by my underperformance. I didn't take the SATs, I barely took the ACTs, and I was lucky to have been admitted to any college at all.

One professor, Eric Schocket, who has since passed away from cancer, changed my life. He actually pulled me aside after class one day and asked me why I sold myself short. He told me I was smart. He told me I could someday go to grad school, even.

He was one of the only men I'd ever met who seemed disinterested in my appearance, and totally focused on my mind. His encouragement helped, but it took years for his message to sink in.

I look back now and wonder what I could have done, had I understood the value of my brain. I still feel insecure about my intelligence sometimes, but I try to remember how much better life is now that I've learned I've got something to say, and that I'm worthy of saying it.

If you like this article, please share it! Your clicks keep us alive!
Tags
being called a slut
being called a lesbian
advice
how to stop being afraid