Fat Shaming DOES Inspire Me 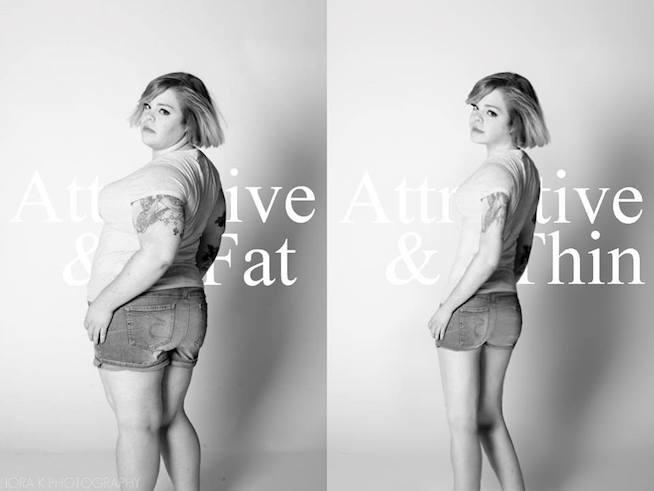 A while ago I also made the decision that I would spend my time - not directly fighting the oppressors - but rather empowering the oppressed. That I would focus my energy on assisting those who feel squashed by judgement, bigotry, stigma, and hate. I would give them tools to stand tall, love themselves, and self advocate.

I’m sure by now you’ve seen someone somewhere post something about a site that seeks “to inspire” all fat people to become smaller and thus obviously: happy, healthy, and finally helpful members of society (eye roll). No, I’m not going to boost their signal, name them, or share them and you can click here for why. I will share, however, that they recently chose one of my images to digitally “improve” in hopes that I would see what I could be and starve myself/work out until I became worthy of their approval.

The interesting part is though, that there was a certain point in my life where I did try to obtain the “perfect body.” I was at the gym every day for hours and was a fanatical dieter. Becoming smaller was my sole life goal and y’know what? I lost some weight. But even when I dedicated my life to becoming “physically respectable,” I never looked like our “ideal” body. I’ve NEVER been “thin” and I sure as fuck never looked like this ridiculously unrealistic photoshopped version of myself.

When I participated in extreme diet culture, I not only didn’t achieve my ultimate goal, but I also lost my soul in the process. I used self-loathing as inspiration and hatred as mental fuel. But no matter what I did, I was never enough. Not for me. Not for others. And it took me years, many similar attempts, and several role models to realize that this mindset was truly waste of my time. And honestly, it was also a waste of my life. 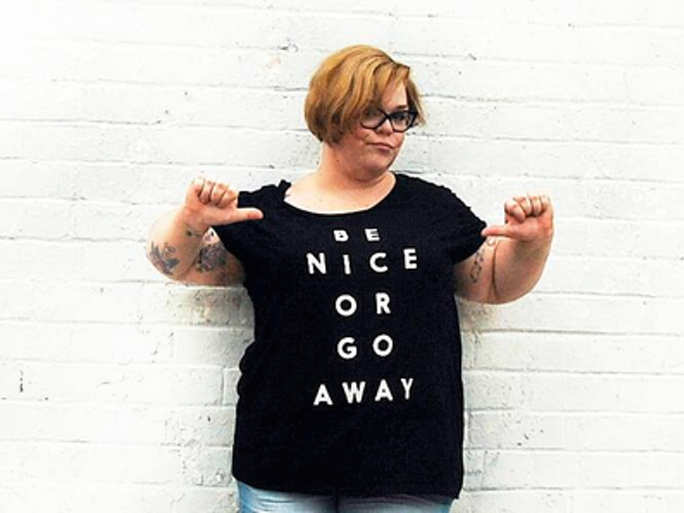 So yes, I’m fat now. But you know what else? I’m happy. Succesful. Fulfilled. On a career path that makes me feel whole. In a relationship that feels like it’s a dream. Mentally balanced in a way I’ve never experienced before, and no one gets to take this away from me by demanding I change my body for their comfort. I’m no longer willing to sacrifice my happiness for someone else’s approval. I’ve moved beyond that. I’m smarter than that. I am soaring high above that. And after realizing that I could be happy just as I am, I decided to dedicate my time to taking anyone who’s interested along with me on this body acceptance journey.

A while ago I also made the decision that I would spend my time not directly fighting the oppressors, but rather empowering the oppressed. That I would focus my energy on assisting those who feel squashed by judgement, bigotry, stigma, and hate. I would give them tools to stand tall, love themselves, and self advocate. I’ve realized that this where the power and my passion lies.

Brittany Gibbons backs me up with her fat girl job description:

“Here’s the thing folks . . . it’s not my motherfucking job to teach you how to be nice to fat people. That’s something you learn from your parents, peers, or from various social cues that direct you towards human decency.

It is my job to empower the people you belittle, shame and degrade publicly on a daily basis so they can grow to see the crap you dish out to make yourself feel better is just that … crap.”

So all of that being said, YES, ACTUALLY — this project does inspire me. A lot. And everytime I come in contact with a page or campaign like this, it reignites a fire underneath my fat ass and reminds me that there is so much work to be done; there's so much to be taught, shown, role modeled and reinforced.

And so, sweet people who question their right to love their “not thin” bodies, let me share with you some facts and figures that will align you with reality, some ammo for your combat against self-loathing. I’ve written many things about fat, health, and the myths we believe about the two. So have dozens of other activists, researchers, nutritionists, and bloggers. This information fills books and could be discussed for days, but for time’s sake, allow me to give you some truth bombs.

I wrote several chapters about these subjects in my upcoming book and while I want to share it all here — there just isn’t enough room in a blog post to adequately dissect all of our body myths. And that’s OK. Click the links above if you’re interested and start doing your own research. And if you’re not interested in doing so, that’s okay too.

But if you’re struggling with public shame and self-hatred in relation to your body, let me remind you of some fundamental truths that have nothing to do with the scale or doctors office: Self-love isn’t exclusive. Self-esteem isn’t something you have to earn. Feeling good isn’t bad, and existing in your fat (or any other size) body while loving every second of it isn’t delusional. It also doesn’t amount to self-deception. But living your life in constant shame and self-hatred because other people have bought into this lie and want you to join them? Well, that sounds like goddamn delusional deception to me.

Soar high above the thought that you’re not okay just the way you are. This is your life and you get to play by your rules.

And that, my friends, is also a fact.

If you like this article, please share it! Your clicks keep us alive!
Tags
Jes Baker
the militant baker
body shaming 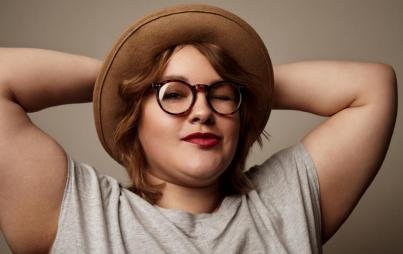 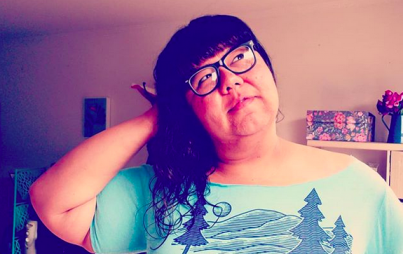 So I've Gained Weight. SO WHAT?
Jes Baker