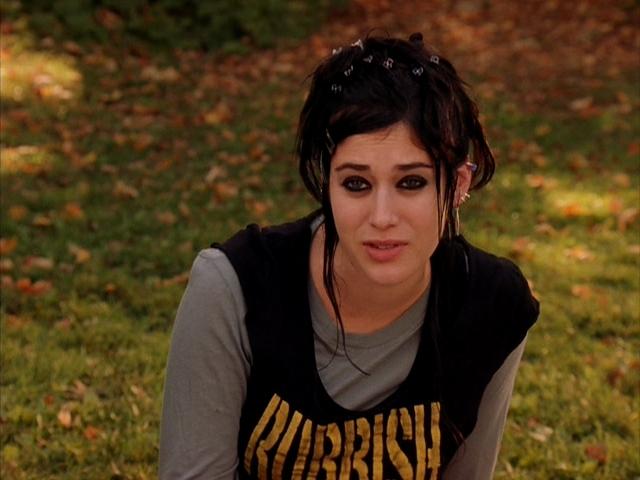 Ah, high school—that towering institution whose walls we vowed never to step foot inside again. (Until our high school reunions that is.)

Everyone knows that these 10, 15, 20-year gatherings are a time to reminisce and (let’s be real) check to see how our peers have fared. While Facebook has snatched much of the mystery away from "whatever happened to those bright and shiny popular people," a new study has given us new(ish) insight as to what really happens to those seemingly untouchable, token cool kids.

The study unveils what researchers are calling “The High School Reunion Effect,” which pretty much confirms what every quirky, Daria-loving kid knew to be true: everything popular is boring. Losers rule, popular kids drool. In the long run at least. The study followed a group of suburban teens from age 13 to 23 and tracked their social growth in relation to their social popularity and early adult success.

In high school, “cool” can sometimes be interchanged with “bad,” and the study backs this notion up. The popular kids, who start to look more mature at a younger age (which might explain why actors in high school movies look 25), were more likely to get mixed up with negative drama. This could mean experimenting with drugs and alcohol at younger ages than their peers or exhibiting disorderly behavior like missing work or driving drunk.

Here’s what researcher Joseph Allen had to say in an NPR interview:

Part of the problem may be that as these cool kids grew older, they felt the need to do increasingly extreme things to get attention. But their friends, as they get more mature, are less and less impressed by those behaviors.

From the "In Crowd" to the "Out Crowd"

My feeling is that perhaps the lack of steady "accomplishments" in early adulthood could also be due to unrealistic expectations set in the teen years. This inability to let go of the glory days is what I’ve come to call, “The Uncle Rico Effect.” It’s when teens with well-known reputations are stunted from being able to learn how to adapt and challenge the constructs of social interaction and real life responsibility. Queen Bees expect to be treated as such, even when the colony has spread its wings and grown too big to flutter in the hive.

Outcasts learn different sets of expectations—namely that you can’t expect special treatment from anyone—and therefore develop a different view on their place in society. Outcasts (AKA future cool kids who like what they like regardless of what the "norms" may be) have always had to seek refuge, face daily adversity and wander about before finding a niche where they thrive. “In crowd” high schoolers seem less likely to gain this kind of adaptability and seem to have a higher likelihood of becoming flops as adults.

Popularity is also highly subjective. That line between lame and loved is barely visible at times and shifts with every class and region. There was a “popular” group at my high school, but air quotes were always used because their popularity seemed to only exist in their minds. I also only realized after graduation that the tight knit circle of friends I had originally perceived as a rag-tag group of misfit girls had in fact become a reasonably well-known clique—yes, unfortunately, a clique. For a long time, I lived under the radar as an emo kid with too much eyeliner, acne and a drawer of My Chemical Romance and The Used tee shirts. I first took a drink at 14—sorry, parentals!—and missed too much school senior year. I've had my share of bumps in the road, but I think I’m turning out alright.

All this is not to say that the self-absorbed pretty people that blow the rest of the awkward, angsty, acne-ridden freshmen out of the water are doomed before they’ve begun or that social ostracization at 15 will guarantee a social skyrocket later in life. But . . . it just might help!