For Six Days, I Almost Had HIV 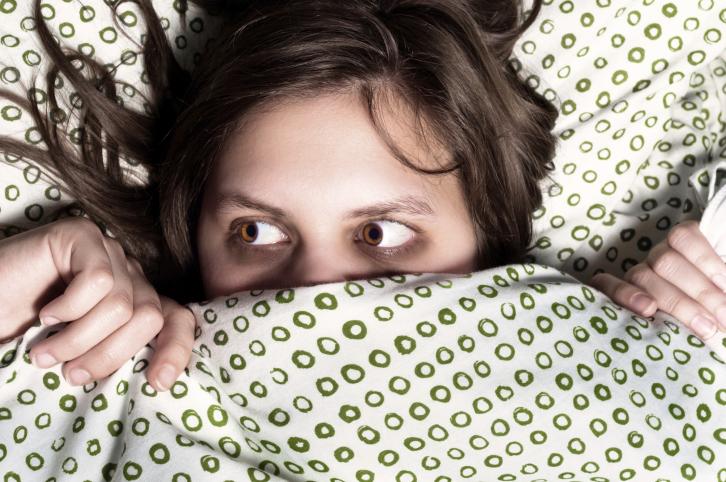 As a woman with an (un)healthy suspicion of all men, I get tested for STDs pretty regularly. Last fall, what started as girl talk and gossip on a Saturday after brunch gradually evolved into a discussion about acidic fear of STDs. My friend suddenly announced an urgent need to get checked, and I—confident about my health—was more than willing to schedule an appointment alongside her. Since health care eluded me last fall, I kept my free clinic appointment even when my friend canceled hers.

They played The Goonies in the waiting room. I silently chuckled to myself as I realized that every eye would rather watch the screen than catch another. Every other seat was filled with 20 somethings, their eyes following the boobie traps that sideswiped the boys on TV and almost sank them to their doom.

In the exam room, I smiled at the nurse in gentle pink and white scrubs, my hands folded patiently. A cheek swab was taken for a rapid oral HIV test, my cells off to represent me. I waited longer in the exam room than the room meant for waiting-then she came back in.

I assumed she'd bring news that would have me out the door and back to Berkeley in no time. Then again, I'm an optimist. A cynical optimist, but an optimist all the same.

"So I have the preliminary results of your rapid test and they came back positive . . . "

Panic. Storm. Nightmare fog. Gray and icy shards of memory of every condom I'd ever used.

All I heard was "positive," "not conclusive," "send blood to the lab," "HIV positive."

You're a ghost of yourself when things that happen to other people suddenly happen to you.

I scoffed. I'd have told her I was always safe if not for the current state of things.

"... but you said there was one person you thought might be suspect, what makes you think that?"

"Because he's a dirty punk!"

There I was, yelling at the nurse at Planned Parenthood about dirty punk kids.

"I'm sorry," I told her through tears in a contorted apology. "You're being really nice, I just ... don't know what to do."

My blood was drawn, tainted blood, and sent off to a lab for a conclusive answer. The future of my stability had been shipped and packaged like rations to a vampiric deity.

My test had come back with what they call a "preliminary positive." Rapid oral tests produce false positives something like two—up to four in some reports—out of a thousand times.

"Two out of a thousand" was not the calming mantra the nurse intended it to be. It only fueled my steaming fear and helpless desire to punch that kind, kind woman in her happy, fleshy, HIV-negative face.

I could barely bring myself to type in "HIV positive" into the Google search engine once I got home. Having to search for help in a real-life situation rather than in a hypothetical one made the severity of my possible condition feel achingly real.

I wondered if this diagnosis would be the end of my already short run with romance. I looked up stories about couples with at least one partner living with HIV-happy couples, people who weren't denying the struggle but making the struggle seem livable. I wondered what I would tell people. How would I explain? Once I'd cleared the pages upon pages of sites with alarmingly scary statistics, the electric terror began to subside. What was left inside my hollow being was a pinpoint of light and a voice that said, This is how I'll know who my real friends are. And that didn't seem so bad. This was cynical optimism at its finest: expecting a dark fate and making the best of it.

The next Sunday I called Planned Parenthood. I had an appointment for the following day, but I couldn't wait—I needed to talk to someone now. I hadn't told anyone but my best friend about the preliminary test, and I couldn't sew composure on my face any longer. I gave my name and my files were searched. The woman on the phone was answering too brightly for my shadowy disposition.

Every atom ceased to stir.

The cogs began to spin again and warm breath blew out of a body that had laid still for six days. I asked the woman on the phone to repeat herself twice.

Six days. For six days, I almost had HIV. Nothing was more scary, nothing shook me more than that limbo state. True, I was never really at high risk of contraction, but rational reasoning goes out the door when you're told preliminarily that your entire timeline could be skewed so far off the map that there's no recognition of the future you'd imagined.

For a while I was angry that so many false positives were allowed to exist. But the rapid testing does provide something valuable: hurried relief. Or a hurried answer to a burning question that allows for immediate action to be taken.

I'm more frustrated about the way we talk about sex—and its consequences. We live in a media-driven world where sex sells, and though we're theoretically more comfortable now than ever before when discussing free love and sexuality, it's still uncool and taboo to talk about the fact that over 1.1 million people in the U.S. alone have HIV. On top of that, one in six people don't even know they have it. And with approximately one in four new infections occurring in people under the age of 24, why take chances and try to YOLO your way out of being safe? People generally don't love the traditional condom, but new condoms like this and this are being tested, and they could revolutionize the way we think about, talk about and have safe sex.

This is not a happy story, despite my ultimately happy ending. It's just real-talk from someone who's fed up with hiding under the covers to avoid grown-up conversations about the birds and the bees. What monsters are really hiding under the bed?

This story first appeared on Ravishly.com

If you like this article, please share it! Your clicks keep us alive!
Tags
Sex
HIV
AIDS
Planned Parenthood
sexuality
hook up culture
millennial generation
the goonies
STD Safety
punk