I Was Breastfeeding, Until I Was Diagnosed With Breast Cancer 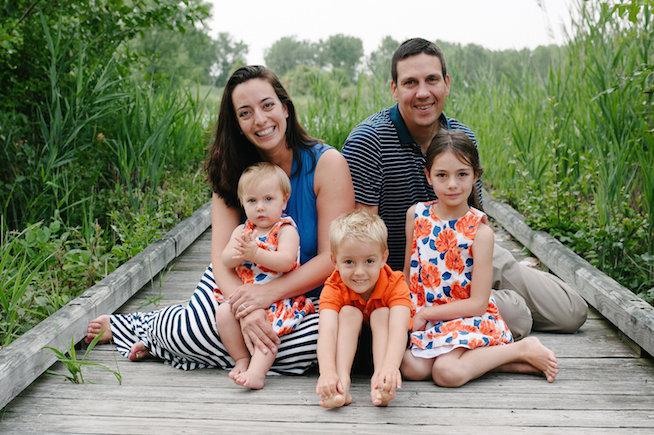 Cancer takes you on a ride that is impossible to get off.

I am Molly, a mom of three kids, ages 7, 41/2 and 2 (the 1/2 part is very important to my son, so I must include it). I am a LeLeche League leader, and am studying to become an International Board Certified Lactation Consultant (IBCLC).  I was scheduled to take the board exam this past July, but cancer has a way of destroying your plans. I was diagnosed with Stage IIIC Inflammatory Breast Cancer in April of this year. To say it bluntly, this diagnosis knocked me to my knees. I had been diagnosed with the rarest, most aggressive, and most lethal type of breast cancer.

I knew something was wrong in late January when I woke up with a swollen right breast. We were in Mexico on vacation, so I just assumed that my daughter hadn’t nursed a lot that night and didn’t give it much thought. But by the beginning of February, the increase in size hadn’t gone away, and I noticed a red mark on my breast that continued to increase in size. I went to my midwife for an exam. She was the only medical professional I had at the time. (I now have 2 oncologists, a breast surgeon and a primary care doctor.) I had an ultrasound, a few biopsies, a mammogram and another biopsy that determined my cancer. I received that diagnosis on April 3rd. I started chemotherapy on April 20th. I had a modified radical mastectomy September 8th. I am about to start radiation therapy. After that is over, I will have my ovarian function suppressed, either by medication or surgery. 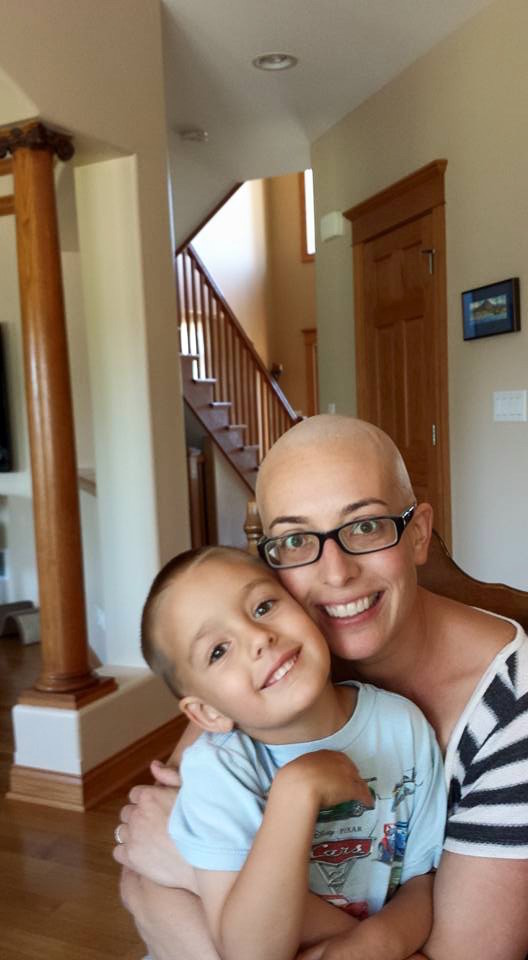 All of a sudden, my life was flipped completely upside down. Breastfeeding is a passion of mine. I nursed my oldest until she was 4, my son stopped when he was just past 2 years old, and my littlest darling’s nursing was cut short at 20 months because I needed to start chemotherapy. Weaning my child, abruptly and way before she was ready, was the hardest part of this for me. She asks me to nurse almost every day, I still cry about it. It breaks my heart every time she asks.

Cancer takes you on a ride that is impossible to get off. You are forced to put your life into the hands of doctors that you have never met, forced to leave your kids in the care of others, forced to make decisions you’d never expected to have to make. Cancer takes away the possibility of more children. It has taken me to a place I’d never thought I would have to go. Life with cancer and young kids is such a messed-up dichotomy. Just last night, I had my 2-year-old in the bathtub and the phone rang. It was my oncologist, still working at 7 p.m., calling to check in and discuss a problem we’re trying to work through. One minute, I’m playing with bubbles, the next I’m making a lifesaving decision. This decision may determine if I get to hold my daughters’ children! I needed a Xanax after that phone call.

I am by no means out of the woods, but I’m on the right track to NED, which is “no evidence of disease.” But inflammatory breast cancer is a sneaky little thing, it is a lurker. It can spread quickly and aggressively.

October has new meaning for me this year. It’s Breast Cancer Awareness month.

Yes, I've always been "aware" of breast cancer. But what do pink garbage trucks, pink socks, pink doughnuts, pink chainsaws (yes...I've seen one), pink bracelets, and pink ribbons do anything for those of us who have been forced to face this killer head on?

It raises money mostly for early detection, which I've recently learned doesn't really prevent death. All breast cancer deaths are stage IV metastatic cancers. I'm relieved that mine was caught before it got to stage IV.

Early mammograms help, of course, but what about people like me who have no risk factors? I was 38, breastfeeding for seven years straight, no significant family history. I wasn't scheduled for one for at least two years. Those two years could have killed me. My surgeon had to insist that I get a mammogram because the radiologist said he wouldn't be able to see anything on lactating breasts.

If you really want to help, don't buy the pink stuff at the gas station — find an organization that gives the majority of its proceeds to research. Bring dinner to a family who needs it while mom has chemotherapy. Send a card to a friend who has breast cancer. Find out what kind of cancer your friend has, and ask her what the best foundation to donate to for her specific cancer...do it in her name too.

Finding a cure shouldn't include almost killing me with chemotherapy, cutting off my breast that was being used to nurse my baby, burning me with radiation, and removing my ovaries. Cancer shouldn't be allowed to make decisions for me. But it has.

I'm not a fighter, I've never hit anyone, I don't "kick ass," I don't want a "new normal." I just want to be a mom to my kids, a wife to my husband, and an eventual grandma.

If you like this article, please share it! Your clicks keep us alive!
Tags
Breast Cancer
motherhood
breastfeeding

I Was Breastfeeding, Until I Was Diagnosed With Breast Cancer
Molly Stepansky