My First-Hand Account, As An Inmate Witnessing Abuse Of Power On Rikers Island

I sat with her on the concrete stairs overlooking our windowless cell block and she told me what I was afraid of, which was that the male C.O. had taken a liking to me. She informed me that he could “help get me what I needed.”

The Rose M. Singer Center At Rikers Island currently rates as one of the nine worst jails in the country.

The recent allegations brought to light this year that Benny Santiago, A Corrections Officer who had been working at Rose M. Singer had repeatedly raped, threatened, and withheld food and showers, among other abuses, from Jane Doe 1 and 2 who had their first hearing this July. Santiago is among at least six other correction officers accused of sexual misconduct in this case.

When I first heard the news, I immediately flashed back to the time I had spent at Rikers Island. It was a hot and merciless night in July 2006 when I would get on the bus in handcuffs and shackles to take the ride from Manhattan to the infamous and secluded Rikers Island.

It was my second arrest in a short period of time for possession of narcotics, as my troubled girlhood led me to seek out drug use (particularly opiate use) at that time as a coping mechanism for most of my teenage and young adulthood years.

The occasional jail stint was something I was more or less accustomed to at this point, but this was the first time in the state of New York that I hadn’t just sat in a holding cell for a few days and later released.

The prosecutor had asked for 60 days, as I had just been arrested and released only a few weeks prior. Although I would get an early release for overpopulation, the time I spent at Rose M. Singer, the female unit for inmates at Rikers, was an eye-opening experience in terms of the abuse of power between the guards and inmates.

I remember vividly as I waited in the hot, poorly lit, and overly crowded jail cell for the bus to Rikers, feeling defeated by my sentence along with all the other miserable women packed in the cell with me.

A male guard struck up a conversation with me. He was being extremely flirtatious and sexually suggestive and then proceeded to tell me that I looked like his daughter.

As the toxins rushed out of my body and the withdrawal began, I knew it was going to be a long wait before I could see a doctor to help ease the excruciating pain of detox — so when a female guard didn't call my name to get on the only bus to the island that night, my heart pumped anxiously, as I knew another one would not be coming until the morning.

I quickly exchanged my phone number with the male officer and after he verified that it was my actual number, he ran downstairs and got me a seat on the bus. It was as simple as that. After I was released, I was subjected to a series of sexually explicit voice mails describing his fantasies in graphic detail.

Rikers Island was a different world. Once I arrived, I was transported to Rose M. Singer where the female population at Rikers was held. Many of us were stripped of our individuality and wore matching jail outfits and had to be in our cells for count as often as we were told to be, making the asymmetry of power never forgotten. It was common for weight loss to occur among the women that didn't have money for commissary, as the food was barely edible.

Everyone on the island had one thing in common: none of us could afford our bail or an attorney good enough to get us out. It's not surprising that the majority of the makeup of the prison industrial complex is ridden with people below the poverty line, and disproportionately people of color. The New York Times reports that 85% of the population at Rikers are pre-trial detainees being held without having been convicted of a crime.

Both Jane Doe 1 and Jane Doe 2 were in pre-trial custody solely because they could not afford bail. With fewer advantages in the outside world, we ended up in places like Rikers while our well-to-do peers with the same charges could almost always avoid jail time.

The guards loved yelling at and intimidating the inmates and would write you up for the smallest of infractions. Being written up could mean missing a visit with one's child or loved one. One time, when a write-up occurred, I watched two women cry hysterically and beg the C.O.s for another chance, only to be told if they didn’t calm down they would be put in solitary confinement.

One evening I witnessed a woman being beaten by two guards with batons for continuously begging and eventually shouting at them to be taken to a doctor. Shock electrified through my whole body while I struggled to find my voice or the words that could stop them. One inmate interrupted my racing thoughts by yelling “That’s enough already! Ya’ll are sadistic!” to the guards. She was told to mind her own business or be put in the same position as the woman on the cold concrete floor begging for mercy.

It’s one of the most crushing feelings in the world to witness injustice and know that you have very little power, if no power at all, to stop it.

Guard-on-inmate violence is so pervasive at Rikers that a deal was struck in June to control this type of behavior after a class action lawsuit was filed by several inmates claiming to have been beaten by the guards. The agreement vowed to install more cameras and to retrain guards. 75% of people in jail are there for non-violent offenses yet in the dysfunctional, inadequate and impractical environment of jails, the culture of violence becomes a ubiquitous one.

During the night I was often awoken by the wracking sobs of hopeless women missing their children, women in withdrawal, and women desperate to be home with their loved ones.

There was a male officer during my time at Rikers that I noticed some of the women kept asking for. When one of the female C.O.s was assigned to our cell block gave them an answer they didn't like, they would ask to speak to the male C.O. I noticed they usually came back with a much more satisfied answer if they were allowed to speak to him. This officer smiled with smug authority so often that he earned the nickname Officer Smiles. He had the kind of creepy mannerisms of the sexual predator that he turned out to be, using his position of power to exploit women.

A few days before I left, I overheard a group of women comparing the different sex acts that they would trade to him for extra privileges, i.e., drugs, tobacco, matches, to packets of ramen noodles and other food items off the commissary. These women were as nonchalant about this routine as I had been about trading my number for an early ride on the bus. The only thing they all seemed equally repulsed about was having to kiss him. “Girl, he is the sloppiest kisser ever. That shit is nasty,” one of them laughed while cringing. Another girl responded with a suggestion but in equal disgust: “Ugh, all that saliva! I have to close my eyes and just pretend I’m with my man. It helps a little bit.” It was clear that this was a survival method for these women.

A day later I was summoned by one of these women for "a talk." I sat with her on the concrete stairs overlooking our windowless cell block and she told me what I was afraid of, which was that the male C.O. had taken a liking to me. She informed me that he could “help get me what I needed.” I politely declined, but thanked her for the offer. "Are you sure you want to say no?" She asked as her demeanor changed from friendly to cold, and reminded me that I wouldn't be able to change my mind. "Yes," I said, trying not to avert my eyes from hers. I knew this young woman probably didn't have much choice in her job of recruiting female inmates to the male C.O.s, and I also knew that he probably wouldn’t be happy with her because of my decline.

The next day I was escorted to another unit. My suspicion is that after saying no, the officer did everything in his power to successfully have me moved to another unit — measures like these are often used to silence inmates.

Abuses of power by those who are trusted to watch and protect the inmates in the United States finally isn't becoming more rampant. This epidemic of abuse is finally getting some of the attention it deserves, as the media exposes the corruption of prison and jail systems from New York to California. Last week, reports surfaced that 98% of sexual abuse complaints filed by inmates at Rikers Island just last year alone, were never reported by Rikers officials.

It's easy to understand that, in such conditions, inmates are not rehabilitated but often come out more damaged and the recidivism rates remain alarmingly high.

At Rikers, I was reduced to a number and I had little to no autonomy over my own body as I quickly learned how easily I could be beaten, refused healthcare, and sexually exploited by what I witnessed and that saying no to the guard's request was not an acceptable answer that would go unpunished. Thankfully I was released a few days later.

When I left, I was relieved but felt burdened knowing the injustices the women would continue to face and disturbed as I watched new sets of women being herded in from off a bus — I knew what horrors they were likely to endure ahead of them that would most likely never be reported. 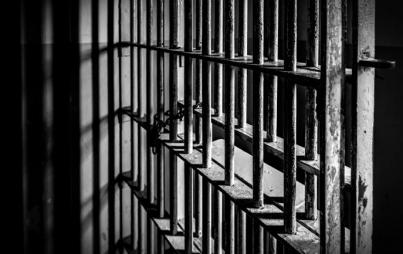