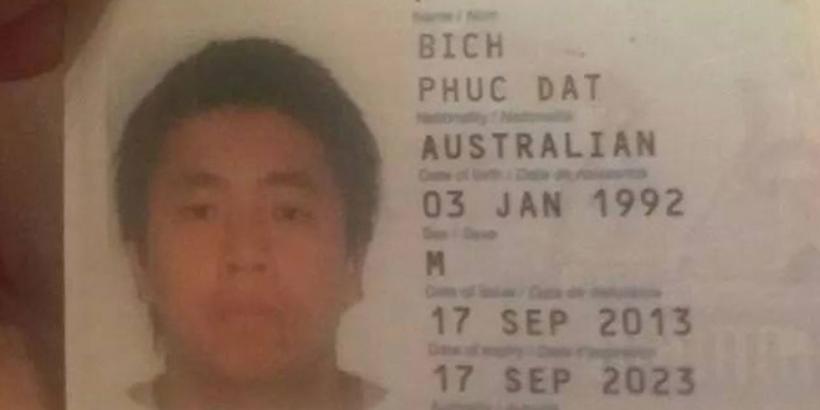 I decided to reach out to Phuc Dat to get his side of the story. I neglected to realize that the lived in Australia. Though it was 9 AM, in NYC it was after 1 AM down under.

Recently, a Vietnamese man named Phuc Dat Bich was banned from Facebook. Facebook determined that his name was offensive. Turns out that "Phuc Dat Bich is his real name. It's understandable that the Internet would be confused by this, as it closely resembles "Fuck that bitch," however, Phuc Dat Bich is his legal moniker listed on his passport and all. Admittedly, when I saw the article on Cosmo, I laughed out loud.

I decided to reach out to Phuc Dat to get his side of the story — neglecting to realize that the lived in Australia. Though it was 9 AM in NYC, it was after 1 AM down under.

Poor Phuc Dat, he had to provide legal documentation to show that this was indeed his name. I can't imagine how frustrating this must have been for him.

Wait, yes I can! I can absolutely relate to how frustrating it is to have Facebook ignore your requests regarding name issues. Last year, I changed my name (as a joke) from Sarah Fader to "Phayder Fader." It's commonplace for the people in my life who know and love me to call me "Fader." After all, it is my last name. After a few days, the novelty of being known as "Phayder Fader" wore off. So I went into the settings of my profile and attempted to change my name back. To my shock and dismay, Facebook has a policy that once you change your name, you are not allowed to change it again for... 60 days.

I was completely dumbfounded. Had I known that this was their policy, I would not have changed my legal name to a fictional one. But, alas, I was stuck with "Phayder Fader." Surely there had to be a way to get out of this. I Googled the shit out of how to contact Facebook directly and came up with nothing. I even sent them my driver's license to prove I was who I said I was. They did not respond.

Facebook ignored my pleas on the Internet to change me back to my old self. So I went down to the Facebook corporate office in New York City. It's a 30 minute commute on the subway from Brooklyn; no big deal. The receptionists were stunned that I was able to get into the office without an appointment. Well, that is the power of being Sarah Fader, I mean Phayder Fader.

Still, when I pleaded with them to change my name back, they made me fill out a customer service form to fax to the California office. They handed me some chocolate for the road and I left still "Phayder Fader."

After a week, I got a notification that Facebook had heard me loud and clear. Finally, I was  Sarah Fader again!

The good news is, after all the hoopla over the name change issues on Facebook, the company did take action to amend its policy on name changes. Effective in December 2015, Facebook will have a new feature that is culturally sensitive with regard to names online.

Chief Product Officer Chris Cox issued a public apology on behalf of the company to LGBTQ and transgender community, who was directly affected by the name change policy.

Phuc Dat Bich, I hear you. Facebook is incredibly annoying.

If you like this article, please share it! Your clicks keep us alive!
Tags
Phuc Dat Bich
fuck that bitch
facebok
name change