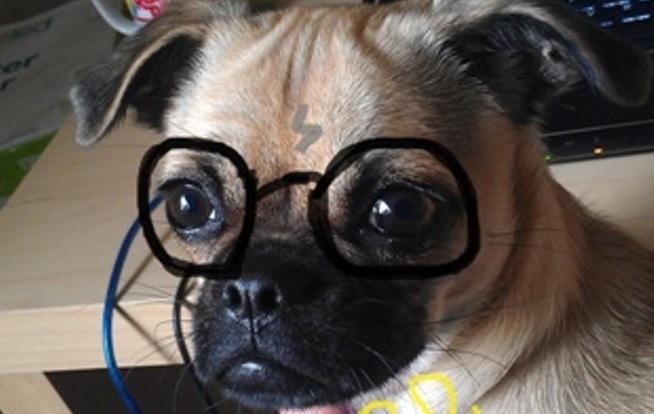 In many ways, this year has been harder than last year because I have to move on, for my own sanity and well-being and, like, economic livelihood and stuff. But I’m forever The Girl Whose Mom Is Dead. I have one foot on earth and another in the abyss.

Read parts one, two, and three.

I had a dream about my mom a few weeks ago.

She was still alive, but her MS had progressed — the disease had taken her brain almost completely offline. She was mobile, but couldn’t communicate. Couldn’t do more than stare.

And my dad and I couldn’t find her.

I was running around to all the stores in the strip mall near my parents’ house — the CVS, the Starbucks, the Whole Foods, the Dress Barn — with a flyer in my hand, asking if anyone had seen her. No one had.

A lapse in memory and I’m back home, in the house I live in today — which is the house she grew up in; the house my grandparents bought in 1951 when there wasn’t a mall across the street, just orchards and farm land.

And behind the curtain in the dining room was a large doll with dark hair and glasses.

I had found her.

I went to look for my dad to tell him she was safe, but I couldn’t find him.

My blood pressure rising and my panic responses increasing, I started rushing around the house. Eventually I ran outside, screaming into the street “Dad! Dad! She’s here! She’s safe!”

And then I woke up.

I finished book three and I cried again. Hard. Because, yep, shit’s getting dark. And relevant. Like, really relevant.

It’s one thing to hear people talk about how depression puts you in a “fog,” but the actual experience is another thing. It’s different for everyone, but for me it wasn’t the state of mind that was incapacitating. It was the physical pain. The disconnected, vaguely drunk feeling that made me dizzy and nauseous at the gym. The stress that made me sleep for 10 hours a night, or sometimes not at all. The never-ending headaches that ebb and flow and, when they flow, make me curl up against the cold glass window on BART, praying the train will move faster. Eventually, the hurt made me feel like a drone, a wraith, a hollow hull of a human.

And that’s what Dementors do: “They glory in decay and despair, they drain peace, hope, and happiness out of the air around them... Get too near a Dementor and every good feeling, every happy memory will be sucked out of you. If it can, the Dementor will feed on you long enough to reduce you to something like itself... soulless and evil. You will be left with nothing but the worst experiences of your life."

It’s dramatic, but so is depression. Depression is feeling shitty, but also feeling shitty for feeling shitty. Because people have worse problems, right? It’s your brain playing tricks on you, all the time, sometimes as small as forgetting a really, really famous actor’s name, and others, going to the post office and getting all the way to Target before you realize you’re in the wrong place. It’s a vicious whisper in the back of your mind, constantly telling you that you should stop trying. It’s the people you love the most asking if you are OK and not even having the energy to answer. It's not a stirring, well-lit suicide from an HBO drama. It’s so subtle...and so grand.

So here is where Harry grows up — I don't know why, but I didn't think he would. As someone who has stayed out of the wizarding world for so long, he eternally exists as a 10-year-old to me. I guess even wizards need to grow up, though.

Forced to face both his past and future, he stumbles forward into puberty (speaking of which, I don't know much about her yet but I like Cho Chang and I hope to God she doesn't turn out to be evil). But he is plagued by his past, his notoriety, and a general otherness — and no matter whether he’s a Quidditch hero at Hogwarts or masquerading as a Muggle at the Dursleys', he’s always hiding half of himself.

Kind of like me. In many ways, this year has been harder than last year because I have to move on, for my own sanity and well-being and, like, economic livelihood and stuff. But I’m forever The Girl Whose Mom Is Dead. I have one foot on earth and another in the abyss. I’m a normal, everyday woman who is terrified of death, but also wants to get as close to it as she can.

Because let me tell you, when I was in that dream, it was scary. But it felt so real that I want to go back. I want to climb back in and find my mom and take her back home and heat up her dinner for her. Dreaming about her lets me confront her death and, somehow, the depression.

And I see some of that in Harry, too. When he conjures up his dad (spoilers, sorry) without even meaning to, and he believes so strongly that it was really him, but nope — it was just a wisp of a memory. But it was pretty close to real, and the fact that it’s not real doesn’t ruin him this time. He’s OK.

And that is what I’m liking about Harry Potter. I’m having trouble remembering who’s who and what has happened so far, which I think disqualifies me from total geekdom, but I like that the Dementors are defeatable. Underneath the paper cover lies a world where the hardest thing I’ve ever faced, something that won’t go away for me, is a wand swish away from extinction. Somewhere where, for better or worse, my mom returns to me.

Boyfriend’s cousin’s daughter got a Hogwarts acceptance letter for her 11th birthday this month, and I cried when I found out about it. Sobbed, actually. Because I want to go so bad. I want to leave here.

But maybe that’s the Dementors talking.

Favorite Character: Forever Hagrid. I love that he’s just a big ol’ softie. I wanna get a drink at the Leaky Cauldron with him (and Buckbeak. I hope Buckbeak is OK out there…)

Least Favorite Character: Can I change my stance slightly on the Malfoys? Because I think Lucius is worse. Draco’s pretty bad, but we were all nasty in high school — there’s still hope for him. Lucius, however, is an ADULT AND HE SHOULD KNOW BETTER. Kinda like — and I’m not naming names here, even though I would love to — how the meanest girl at my high school had a mom who was equally pushy and petty and awful. It wasn’t hard to see where she got it from.

I'd also like to officially register my general distrust of Sirius Black. I know Harry is convinced of his innocence and therefore we all should be, but Journalism School Jody is not so easily swayed. I need some sort of documented proof that he is not, in fact, trying to rope Harry into some long con to kill him. And at least two other sources to back it up.

My Patronus Is: A chihuahua-pug.* 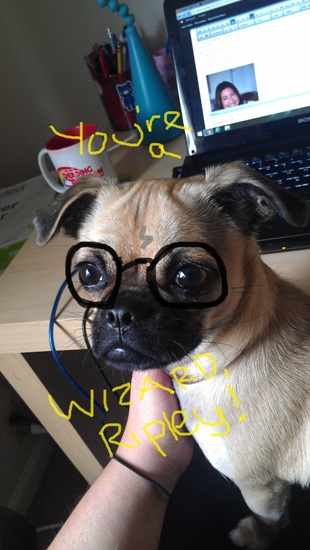 All I Want For Christmas Is: A Molly Weasley sweater. I know they’re supposed to be ugly, but aren’t ugly clothes kinda stylish now? Like, an Urban Outfitters kind of stylish? Ugly or not, they sound goddamn cozy and I want one.

Quote: "You think the dead we have loved ever truly leave us? You think we don't recall them more clearly than ever in times of great trouble? Your father is alive in you, Harry, and shows himself most plainly when you have need of him."