I Named My Rapist On Facebook. I Wasn’t Prepared For What Happened Next. 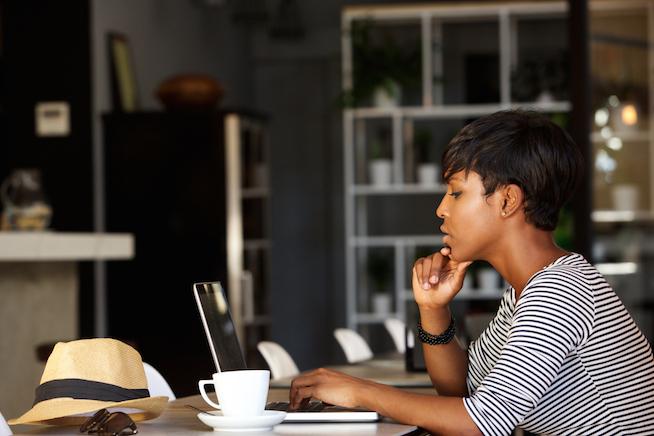 I sat down at the computer today in an unusually quiet house. I got my coffee and enjoyed the silence for a moment, relishing the time to myself while my husband and toddler were out enjoying the day. Opening a document with some words I’d already written staring back at me, I prepared to edit an essay I’d been working on.

It’s not an essay I can tackle when I’m distracted or when many people are around. It’s one I have to steer clear of when I’m feeling particularly fragile, too. The essay requires I be clear-headed and secure when I open the page, because writing about rape is not an easy task, particularly when that rape is my own.

Today was not the first time I’ve written about being raped — nor, I’m sure, will it be the last. But something felt different about this day; about this essay. For the first time, I stopped talking around his name and I actually typed it into the piece — Bill. There it was, in black and white.

I reread the paragraph, with his name in the sentence instead of the vague descriptor of “the guy who raped me” — because, to be honest, that could be one of several different men. This time, there was no doubt who I was talking about.

Looking at his name on the page, I felt a lot of different things — overwhelmed, a little nauseous, but mostly I felt sure. I felt strong. I felt powerful. I went to Facebook and typed to following into my status:

I’m working on an essay about the time I was raped my freshman year of college. For the very first time, I’m naming my perpetrator. Even if it’s only his first name, there’s still so much power in it.

I hit “post.” What I expected would happen next was an assortment of heart emoticons and people sending support and love. What I did not see coming was what actually happened.

The comments started rolling in, starting with a friend who said, To stand with you in this moment: Julius. I was 20.

And then they just kept coming.

Senior year, his name was James

Shawn. I was 16 and dated him for three years after that.

Tom. I’ve never told anyone before.

Susan. She was my first girlfriend, I was 18.

One after another, my friends posted the names of the people who had raped them. Some people had never before told a soul what had happened. People named their friends, their exes, their parents, their babysitters. Some people sent private messages to me, feeling safer saying it privately than on my Facebook status. Others commented with their support, sharing that they weren’t ready to type their perpetrator’s name.

In total, almost 40 of my friends wrote the first name of their rapist(s) under my own. I never could have imagined it, and I had no idea how intense the result of my little status would end up being. I closed my computer and sobbed. I ugly-cried with grief, with relief, with love, with community, with anger. I cried at the realization that I was not alone — of course I wasn’t. I cried for all the beautiful people who had gone through what I had, who carry the pain I carry, who will always be touched by trauma at the hands of another human being.

But mostly, I felt connected to people in a way I never could have predicted. My Facebook status became a place for people to connect, to share their truth in safety, free of judgment. It became a place to shine light in the places we’re told never to look. It became a place that offered even a little bit of healing, and a lot of love.

Social media is the thing that Baby Boomers lament for ruining our generation — social media, often deemed superficial and empty. But social media brought people together in a way nothing else could have. In that tiny corner of the Internet, we were connecting, we were healing, and we were strong. Words, I’m reminded, have power.