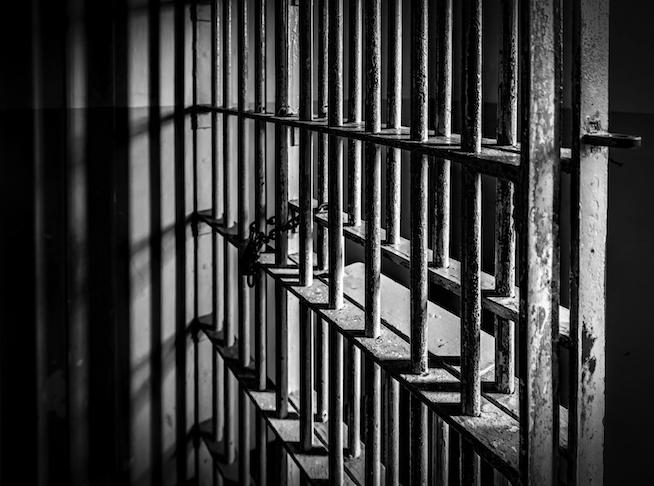 As part of an ongoing series, incarcerated sex worker Amber Batts will be sharing her stories of life and prison from inside Hiland Mountain Correctional Center, in Eagle River, Alaska.

I was not a monster. I was not causing women harm.

The hardest things about doing time is being away from my kids. I have two. My son is 22. I have missed his 21st and 22nd birthdays. My youngest is 14, soon to be 15. I missed her 14th birthday last year and will likely miss her 15th.

My son moved out when he was 18. I brought groceries and a microwave to his college dorm. I worked through not being in charge of his life after he turned 18. It was a process.

I admit I’m a bit codependent with my daughter. Her dad and I divorced when she was 4. At first we had a week on/week off custody agreement. As she got older, that became two weeks on/two weeks off. We weren’t too rigid — for the most part, she was with me. Even during the time she was with her dad, I would talk to her on the phone often, pick her up to get our nails done, have lunch — be her mother.

Last year at the holidays I was out on bail. I wasn’t sure what I would be sentenced to. I spent my time wisely with the people I love. We played games, baked cookies, watched movies, had BBQs, played Duck Duck Goose in the front yard, and laughed. We listened to music. We danced.

I told my kids I loved them every chance I had.

I was facing 4-12 years open sentencing for sex trafficking. Sex trafficking. Does this conjure images of women caged in my basement? Maybe you think I pulled women from the street or lured people into prostitution.

It was not as most imagine.

I ran an escort service. Women made good money, with good clients. I acted as webmaster, clientele safety screener, phone dispatcher, all around Girl Friday concierge.

I was not a monster. I was not causing women harm.

I thought I was safe. I thought I wouldn’t go to jail because each of the ladies I worked with (who contacted me themselves and were typically independent sex workers to start with) signed an independent contractor agreement. The agreement stated they wouldn’t solicit money for sex, were responsible for their own taxes, and other legal jargon that an attorney friend said would cover me.

On August 17, 2015, I was sentenced to five years flat. I was out on bail at that time and remanded immediately at sentencing.

Now I wake up every morning in a jail cell. I make my instant coffee and get ready for work. I press on toward the day I can go home and be with my kids. I don’t know when that will be.

I sent my husband divorce papers. He stopped paying bills as soon as I was sentenced. He sits in jail as well. I’m fine with that.

My son has stepped into role of provider and overseer. I see him once a week. My best friend has power of attorney. She is amazing and has helped me so much. My daughter lives with her dad, his wife, and his wife's three daughters. I see her once a week for an hour — if I’m lucky.

Recently there was conference for women being released in the next 18 months. I didn’t qualify but I was trusted to be a volunteer, helping with coffee and assisting one of the presenters. The conference identified community involvement as a strong link to combat recidivism.

Just a month before the conference the jail had an overhaul to the phone system. We can no longer call family or friends unless they set up an account through a clunky third-party outside vendor. It costs $1.11 every time a call is accepted. I can’t set up an account. It can only be done by someone living in free society.

I can’t even connect to my family, much less the community. . .

As I talk to my daughter about her day, the call is dropped. If I call her back, it’s another $1.11. It may not seem like much, but it adds up. Sometimes the calling system is so dysfunctional, I wonder if I will hear their voices after all.

Some days I remember now is not forever, but some days it feels like it is.

If you like this article, please share it! Your clicks keep us alive!
Tags
prostitution
sex trafficking
prison