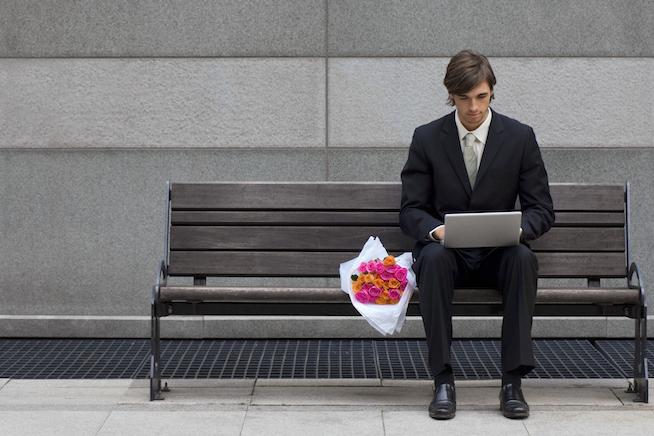 Writer Sarah Fader has had it with traditional, male-dominated dating sites. So she’s starting one—perfect for feminists, both male and female.

My brief experience with online dating taught me that I hate it with a fiery passion. As a woman, I felt objectified and like a lot of the men on there wanted to see pictures of me so that they could judge if I was hot enough to go out for coffee with. I was already resentful and angry. And I know that I’m not alone. My female friends who have been involved in online dating have commiserated with me on this.

When I received multiple requests for photographs of myself, I wondered why I was on the spot. It seemed entirely unfair. These men were demanding things of me, yet they were held to no aesthetic standard. I declined request after request to see more pictures of myself, because the first picture I uploaded looked like me. If they wanted to meet me in person, they would find out exactly what I looked like and furthermore, why were they so preoccupied with looks? I want to be attracted to a person’s physical appearance as well as their soul. I couldn’t understand why these people were obsessing over seeing different angles of me.

I deleted my profile after a brief stint on a popular dating site. The initial plunge I took into joining an online dating site was to see who was out there. I wasn’t sure who I was looking for or even if I wanted a relationship. I just wanted to explore the territory. I was lamenting to my friend Alex about how difficult this whole process was, online dating that is, and she said “Don’t think of it as dating. It’s just meeting new friends.” Well, I don’t know about you, but my “friends” don’t ask to see pictures of my ass. I declined that invitation, for the record.

After my failure at traditional online dating, I got to thinking. I was lamenting to my friend Chris via text about how much I hated the online dating scene. Then he wrote “there should be a dating site where women screen the men before they join.” I felt a flash of light hit me in the face. “That is genius.” I texted him back. We started brainstorming and I said to him “I’m going to make that site.” “Yes!” He replied. “Can I help?” He asked. “Of course.” I replied.

Chris is a feminist and passionate about gender equality. So we started thinking more about the logistics of how this would work. I brought on board my friend Courtney, also a feminist, non-binary, and gender fluid. My girl Candice offered to run the social media for this embryo of an idea and before we knew it we were developing a feminist dating website.

Chris and I began tossing around names. It started out by free association. I asked him what he thought about when he heard the term “empowered woman.” He said “goddesses.” Then we began naming all the Greek goddesses. Naturally we came to Aphrodite, as she is the goddess of love. Then we started thinking about what quality we could apply to Aphrodite to communicate the fact that she was seeking love. Chris came up with “Lonely Aphrodite.”

You may be wondering why a feminist dating site is necessary or useful to men. The reality is that this type of site is beneficial to both sexes. In a relationship, both individuals need to be equally respected. That is one of the fundamental principles of feminism — gender equality. Women and men are equal and this should manifest in a romantic relationship. Unfortunately on traditional dating websites, the men run the show. The burden of proof is on women to show that they’re attractive enough for the hoards of men waiting have their way with them. This is the philosophy that we at Lonely Aphrodite want to fight against.

Men have had their proverbial foot on the gas for ages. It’s time to flip the burden of proof on its head and allow women the opportunity to get behind the wheel. The panel of women at Lonely Aphrodite will be reading essays from men who actively want to join the site. The reasons for wanting to join will range from man to man. In addition to the usual dating site questionnaire, which asks the user for information about themselves, the men will have the opportunity to speak about women’s rights or another topic of the panel’s choosing.

Lonely Aphrodite will be launching in 2016. Please click here to learn more about us.

If you like this article, please share it! Your clicks keep us alive!
Tags
Lonely Aphrodite
Feminist dating site
Dating Sites
dating