I’m Never Having Kids — And That’s A Good Thing! 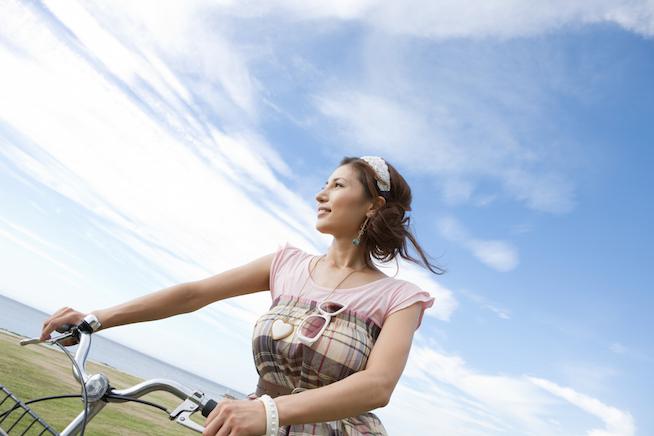 None for me, thanks.

I’ve realized it would be a waste of time to date someone who wants kids. I’d just be postponing a breakup.

Ever since I was a kid myself, I’ve held the conviction that I didn’t want kids. I found baby dolls creepy and real-life babies irritating. Whenever I told my parents this, they’d say, “You’ll change your mind.” But at age 25, I still haven’t.

Children never appealed to me the way they do to many. I love animals, but human infants just seem like tiny, screaming, pooping aliens to me. I’ve also read enough parenting articles to understand the stress of child-rearing, not to mention pregnancy and childbirth — all to create a human being who may not even grow up to like you. It seems like too big a gamble.

On top of that, I wouldn’t make a good parent. I hate being beholden to others. I’m relieved to say goodbye to friends after hosting them for weekends. Hell, I resented my pet gerbils for running on their wheel at night. Call it selfish, but I thrive off the freedom to do what I want when I want to, and extended infringements on my alone time disrupt my inner peace and productivity. I’m passionate about my career, working nights and weekends, and I guard and nurture my time to work. You could say it’s my baby — except it doesn’t poop or cry.

My lack of interest in children doesn’t stop people from assuming I must just love kids, though. In casual conversations, friends have asked questions like “What do you want to name your kids?” and “How many kids do you want?” There’s often a look of shock on their faces when I say “zero.” And parents whose children stare at me or invade my personal space on public transportation smile knowingly as if I should feel blessed by the touch of their germ-ridden hands. I doubt I would be held to these same expectations if I were a man.

I'd hope none of the men I date operate under this assumption that all women instinctually like kids. In the past, I didn’t even consider my lack of desire for children a factor when deciding who to date. I figured maybe I’d change my mind or my partner would, and we probably wouldn’t last long enough to have that discussion in the first place. But now, after several friends’ relationships have gotten onto thin ice due to disagreements about children, I’ve realized it would be a waste of time to date someone who wants kids. I’d just be postponing a breakup.

Kids aren’t exactly something you bring up on the first date, but fortunately, some dating sites let you bypass this conversation, since preferences for children or lack thereof are included on profiles. I haven’t yet discovered a non-awkward way to get this information early on when I meet someone in real life, but I’ll definitely get back to you if I solve that puzzle.

It has crossed my mind that, in the event that I find an otherwise ideal partner who views childlessness as a deal-breaker, I could compromise. But I’ve since nixed that idea. I couldn’t sacrifice my physical comfort to accommodate someone else’s wishes. And even if I were to adopt kids, again, I wouldn’t be a good parent. That’s OK — I’m good at a lot of other things, like that game where someone shouts out a word and you have to sing songs that include it.

One conversation with a friend who has a very difficult mother hit the point home that I shouldn’t have children unless I truly want to. “I don’t think she ever even wanted kids,” she told me. “She just had kids because that’s what people do. And now she resents me for it.” I don’t want to be the kind of mother who resents her children — and in my case, that means I don’t want to be a mother at all.

Hopefully, with more and more people choosing not to multiply, it’s becoming clearer that starting a family isn’t the only way to lead a fulfilling life. There’s no shortage of children in the world, so the only people who should have kids are those who really like them — the kind of people who loved babysitting, who dreamed of being teachers one day to inspire the next generation, and all that sappy stuff I admire but will never relate to.

As for me, I’ve successfully raised three gerbils to adulthood, so I’m thinking a cat just might be in order. I wouldn’t mind playing the role of the cool aunt, either. You get to leave your nieces and nephews under your siblings’ jurisdiction after visits, and you can still get work done with cats around. But you can never quit the job of parenting, and it’s because I respect that job that I don’t believe it’s for everyone. I know it’s not for me.

If you like this article, please share it! Your clicks keep us alive!
Tags
not wanting kids
Kids
choosing to not have children