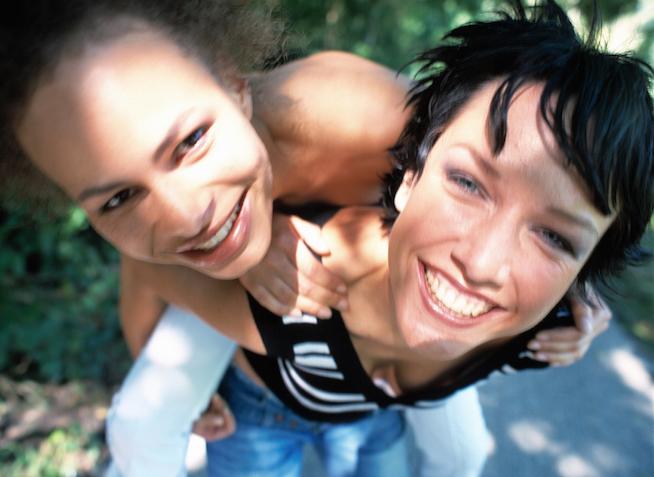 I went on Google, and it said to shove garlic up my vagina. Naturally, I decided to give it a shot.

About a year and a half ago, I started having something a little strange go down in my nether regions. Naturally, as a constantly anxious and over-thinking human, I assumed I had some type of STD — and as a sex-positive feminist lucky enough to have had free health insurance as a part of my college education, I hauled ass over to the health center.

I got a bunch of free tests, and paid for a couple of fancier ones (just in case I had a more advanced STD), and sat with toes tapping and hands sweating as I awaited my fate.

The gynecologist returned, hands empty of containers of my pee and blood, and told me they’d call me within the week.

My girlfriend picked me up and asked what was happening, and I nervously told her that I’d decided to get tested for STDs, and that I’d know if I had one within the week. She asked if I had one, and I said the chance was low because of the way that I have sex, and that I’d also been tested before we started dating.

One semi-awkward conversation and a few days later, I found out I didn’t have an STD — I had a yeast infection. Like, a huge one.

But, first, there’s two important things to know about this situation: one, I didn’t have a car, so my lovely girlfriend was the one swinging me by the drugstore to try yet another remedy. Two, my girlfriend and I had only been dating for a couple months.

The first time I told my girlfriend I had a yeast infection, I texted an apology with a bunch of blushing, downward-looking emojis and was filled with shame. Despite my body positivity, I was still horrified to have to tell this super-hot new human in my life that my vagina was doing all sorts of bizarre things and that I now needed to insert little “pearls” (but they were really just, like, jelly beans of goo) into my insides and lay down for 6 hours without moving.

I was terrified that she’d stop thinking I was hot. After all, isn’t that the fear? That once someone realizes your genitals aren’t just for sexy times, it’s downhill from there?

Lucky for me, my girlfriend was totally cool with it. She cuddled me while we watched old episodes of Grey’s Anatomy and I starved myself of sugar in hopes that that was the secret cause of my newfound torture.

Sugar was, or wasn’t, the cause of the infections. I’m still not sure what caused this period in my life.

But one after another after another, the yeast infections bubbled (yum!) to the surface. I spent my nights with my girlfriend whacking my hands — fingers curled like talons and ready to scratch — away from my crotch and my days reading remedies for how to get rid of the yeasty beast. I went to the gyno, and they said to try something over-the-counter. I went to the gyno again, and they said to try a pill. I went on Google, and it said to shove garlic up my vagina.

Naturally, I decided to give it a shot.

My girlfriend and I were in the produce section when I realized we were in love. Not just floaty-college love, but real, true love. She was looking for apples — her favorite healthy snack — and I was looking for the perfect bundle of garlic to soothe my frothing crotch. TMI had died as quickly as the yeasty beast had risen.

My girlfriend approached and tapped me on the shoulder, bag of apples in hand, and I knew it was love, then, because I didn’t hide the garlic behind my back. I held out my hand, and I said, “Which one of these looks like it’s going to fit in my vagina?”

At the time, I didn’t know that you’re only supposed to take a clove of the garlic, peel it, and then put it inside. I was literally under the impression that I’d peel the entire thing and it would slip in as a solid hunk. My experience with garlic had been pretty limited up until that point.

What I did know was that I, someone who once hid so readily beneath the lie of “girls don’t poop” that my best friends had never heard me speak of the dirty deed, someone who didn’t even sneeze in front of people, let alone burp, someone who didn’t speak of anything that labeled my body as just another body with bodily functions — I was talking to my girlfriend, openly, about this really weird thing happening to my body, a totally un-sexy thing.

And she wasn’t hating it.

It seems silly in retrospect, as I sit beside my girlfriend, writing this article, one she will surely read for me so I can make sure she’s down with being depicted in such a bizarre light. Once, though, I was someone who would have just told my partner I couldn’t have sex and left it at that. I would have waited until my partner went to sleep before sneaking off to insert the weird little jelly beans of anti-yeast goo and going mummy-still. I would have shoved the off-brand Monistat tubes and box deep down into the trash where my shame could never be found.

And a part of me, the gross part or the human part, would have been shoved away with it. The part of me that finds joy in openly discussing what it means to be and have a body and to choose to have sex with another body would have never come to exist. I would still be another girl pretending not to poop and pretending to be sparkling and darling and flawless, always.

I’m really much happier as this version — the one who sits beside my partner with a sewing kit, snipping red thread and pushing it through the teensy eye of a needle. Asking my girlfriend to help me tie the knot. Quickly weaving thread in and out of a clove of peeled garlic, its slick body nearly slipping through my fingers. Crafting a snazzy little creation to push inside of myself and pray to the universe that this will finally be the answer.

Smiling at my partner as she laughs at my prayer, but does it, too.

If you like this article, please share it! Your clicks keep us alive!
Tags
yeast infection
STD
Love