My Parents Never Got Divorced — But I Wish They Had 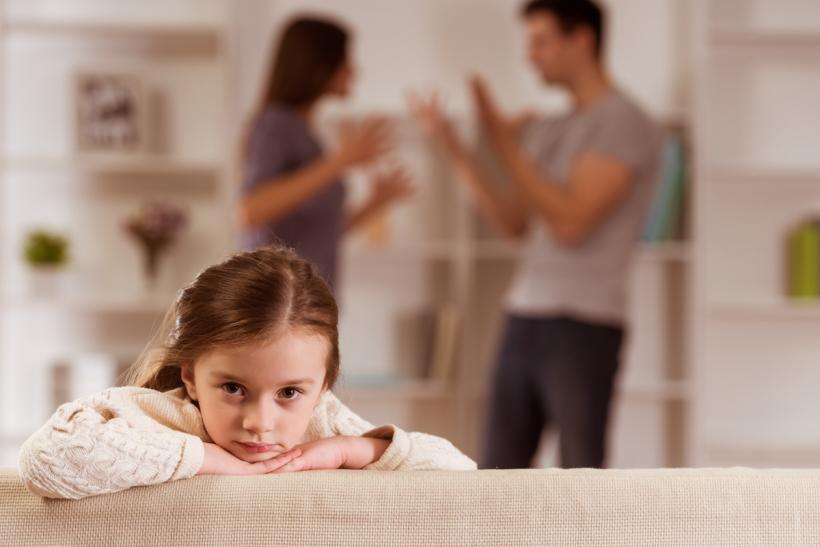 I lost count of the number of times Mom and Joe tried to file for divorce. Image: Thinkstock.

I lost count of the number of times Mom and Joe tried to file for divorce.

Long before the growl and grit of Judge Judy, there was Judge Joseph A. Wapner of The People’s Court.

Every day after school, before my step-dad got home from work and my mom popped open her inaugural beer of the night, we’d watch the stern and ever-so-serious judge rule over cases involving unpaid loans, clowns with broken bubble guns, and disputes over ice cream cone batter.

As a 6-year-old, I’d sit cross-legged in front of the TV and dream of the day I’d take my place in Judge Wapner’s court room. In my ultimate fantasy, with one quick smack of his wooden gavel, he’d grant my parents the divorce I so desperately wanted them to get.

Unfortunately, that never happened — and they never divorced.

My mom and step-dad Joe met and married shortly after my parents separated when I was 4. Right from the start, there was plenty I didn't like about him. Besides the obvious fact that he wasn’t my “real” dad, Joe back-washed when he drank Pepsi, and he’d leave chunky globs of stubborn, yellowish-brown spit in the bathroom sink every morning.

Beyond his questionable hygiene, Joe was also a monster alcoholic. The kind that pounded my mom’s face into a bruised and bloodied mess on a much-too-regular basis.

I remember the night my mom and Joe got married. Their ceremony took place in Joe’s brother’s living room. After they exchanged vows, Joe scooped my mom up in his hairy arms and they danced to Crystal Gale and Eddie Rabbit’s “You and I.” While they slowly rocked and swayed around a coffee table, I bolted for the basement, where I crammed myself into a dark, wood-paneled corner and cried until the tears ran dry.

I lost count of the number of times Mom and Joe tried to file for divorce.

My mom would usually set it up a few days after one of Joe’s beatings. She’d paint over the bruises on her neck with foundation and pressed powder — and if that didn’t work, she’d pull a black turtleneck out of her closet.

If Mom and Joe were to divorce, who would take care of us? Where would we live and how would we afford food?

We’d pile in the car, wrapped in a bubble of silence, and make the 45-minute drive over to the lawyer’s office. The routine was always the same: Mom and Joe would sit across from the lawyer while he stuffed a pile of neatly stacked and stapled papers into a manila envelope. They had until the end of the week to sign, date, and return the papers — and make it official.

But they never did.

The manila envelope would lay untouched on the dining room table for days only to end up a ripped and tangled mess of brown and white strips in our kitchen trash can.

Although I wanted it to happen, the constant threat of divorce kept me trapped in a perpetual state of panic. Even though Joe was a brute, he was the breadwinner, and it was the one thing he was damn good at. He owned the house and the car and paid every bill weeks before its due date.

If Mom and Joe were to divorce, who would take care of us? Where would we live and how would we afford food?

Even though my mom never talked about it, I’m sure that she worried about the same things. Why else would she stay married to a monster?

Sometimes, I worry that Ryan is going to come home from work, drop his bag at the door and drop an “I want a divorce” bomb on me.

Luckily, I had enough sense and therapy to marry a guy who is nothing like my step-dad. Although our marriage has many quirks, Ryan and I respect each other and I feel safe with him. Unlike my step-dad, he’s a man that I can truly admire.

Although divorce would’ve been the right thing for Mom and Joe, they still used it as a weapon against each other. I was often caught up in the crossfire. Sometimes, I worry that Ryan is going to come home from work, drop his bag at the door, and drop an “I want a divorce” bomb on me.

Recently, I filled him in on this absurd scenario. Just as I had expected, his response was, “Why would I do that? That’s absurd.” And I know it is, in our marriage, but in the house I grew up in, it sadly wasn’t.

My mom and Joe were still married the day he died of a massive heart attack a handful of years ago.

Oddly enough, despite all of their mistakes, and despite the fact that it may not have been for the best, I can't help but admire them for that.

Through all the chaos and abuse they somehow managed to honor and remain committed to at least one of the vows they exchanged on their wedding day — “till death do us part.”