I'm Becky With The Good Hair: That Time Beyoncé Called Me Out 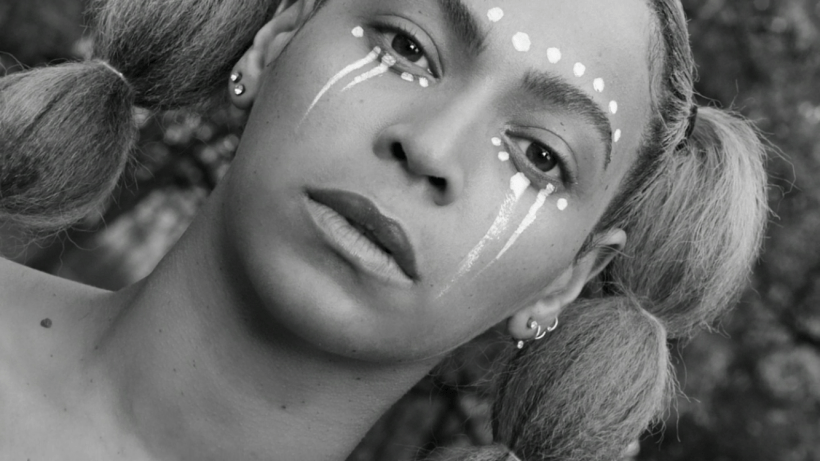 I’m Becky, and I didn’t even know it. Leave it to the woman I model my hustle after to put my asshole behavior right in my face. Image: Parkwood Entertainment/screenshot.

I was Becky with the good hair — only I didn’t know it.

Today Ravishers, I’m going to tell you a story.

This is a story about how Auntie Bey made me feel like the asshole of the century in three minutes and 53 seconds, with the release of her visual album Lemonade.

Follow along and bring some tea — you’ll need it.

He trying to roll me up, I ain’t picking up

Headed to the club, I ain’t thinking ‘bout you

Me and my ladies sip my D’USSÉ cup

I don’t give a fuck, chucking my deuces up

Suck on my balls, pause, I had enough

Wave it in his face, tell him, boy, bye

In June 2010, I made the decision to end things with my daughter’s father after a short engagement. I was done.

Many things led up to this decision, but ultimately, I had just had enough.

He called me relentlessly in the days and months after, begging me to take him back, take the ring back, love him again.

But like Bey, I’d had enough. I wasn’t thinking about him anymore. Boy, bye.

Now you want to call me crying

Now you gotta see me wilding

Now I’m the one that’s lying

And I don’t feel bad about it

It exactly what you get

Like I said, the phone rang relentlessly, and the tears came fast and furious, begging me to take him back.

He asked me numerous times if I was going to take our daughter and move back to Arizona. I lied and told him no.

I didn’t feel bad about it.

I had to do what was best for me, and for our daughter, and I wasn’t going to let him interrupt that.

I wasn’t thinking about him, and I wasn’t the least bit sorry about it. Again, boy, bye!

Looking at my watch, he shoulda been home

Today I regret the night I put that ring on

He always got them fucking excuses

I left a note in the hallway

By the time you read it, I’ll be far away

I did it. I moved to Arizona with our daughter.

I had already given him back the engagement ring, and I was just out. By the time I finally answered his calls, I was far away.

There were myriad reasons for leaving the way I left, and to this day, I don’t regret it.

Judge me if you want to.

But I ain’t fucking with nobody

Let’s have a toast to the good life

Suicide before you see this fear fall down my eyes

Me and my baby, we gon’ be alright

We gon’ live a good life

Me and my whoadies ‘bout to stroll up

I see them boppers in the corner

They sneaking out the back door

He only want me when I’m not there

He better call Becky with the good hair

He better call Becky with the good hair

Are you ready for this? It’s time to sip your tea.

I was Becky with the good hair — only I didn’t know it. Yep.

The man I had a child with and was engaged to be married to already had a wife and kids.

The kids even lived in my house four days out of the week. I humbly accept the side-eye I know you’re giving me. I give it to myself every time I think about it.

He told me he was divorced, and I believed him.

I told them they were just angry and confused, but that their parents were in fact, divorced, and there was nothing I could do to change that.

It’s no surprise now that his children hated me. It's not surprising now that his wife damn near jumped over the car to kick my pregnant ass when I asked her not to curse in front of the kids. Her kids. Who the hell did I think I was?

I was just Becky with the good hair.

For years, I felt like the victim in this story, the one who had been hurt and betrayed and lied to and left to wallow in my misery.

Even after I found out he was still married, I didn't end it right away. We had a child together.

But that didn't matter. In my mind, I was Beyoncé, and she was Becky. She was the one he needed to run back to. She was the one who could have his ass, because I was leaving and I wasn’t sorry about it.

Then Lemonade came out and the light bulb came on. Shit. She was done with him, and he came running to me. I’m Becky with the fucking good hair, and on the day she tried to kick my ass, I’m pretty sure she had hot sauce in her bag.

I’m Becky, and I didn’t even know it. Leave it to the woman I model my hustle after to put my asshole behavior right in my face. She was like, Listen, girl, your shit ain’t rosy and this is why.

I only have one thing to say about this newfound Bey-velation.

To my daughter’s father’s wife, I am sorry.

I never meant to be your Becky.

If you like this article, please share it! Your clicks keep us alive!
Tags
Beyonce
Becky
divorce
cheating
Lemonade
ex-husband
marriage
Children