4 Things You Should Never Say To A Sexual Assault Survivor 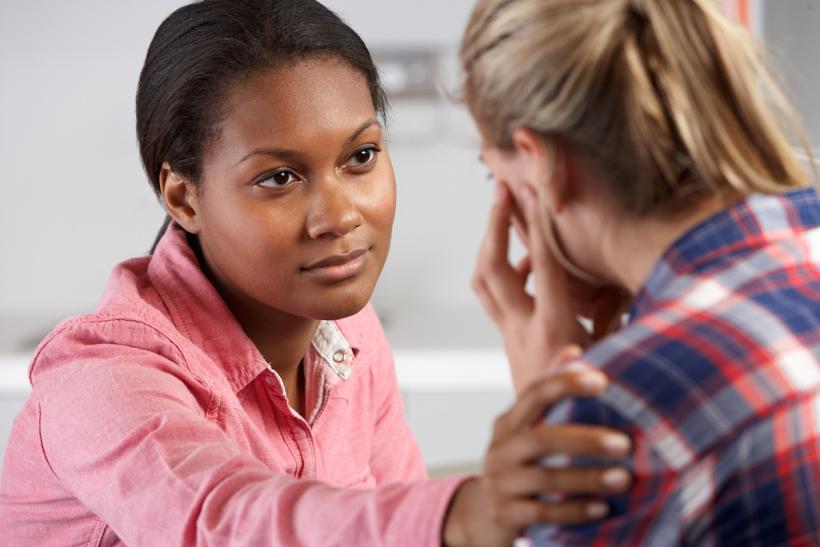 It is my hope that we eradicate these condescending phrases and develop a better system to help survivors. Image: Thinkstock.

Survivors need support, but often, when they reach out, they are met with responses that only cause further trauma.

It’s 2016, and many people still do not know what to say to sexual assault survivors. Whereas some may lack empathy towards them, others simply do not know how damaging their words can be. Many survivors refrain from speaking out immediately afterward because of the things people say; it’s time we started considering the language we use to discuss this matter.

The RAINN network is the largest anti-sexual assault organization, and the sexual assault statistics underscore the prevalence of sexual assault and our collective failure to respond to it in any substantial way. For instance, every 107 seconds, an American gets sexually assaulted. There are 293,000 survivors of sexual assault each year. Also, 68% of incidents are not reported and 98% of rapists will never spend a day in a jail or prison.

Survivors of sexual assault can carry this burden for the rest of their lives. Often, survivors develop PTSD, abuse substances, suffer from depression, other mental illnesses (including eating disorders and flashbacks), and self-harm.

Survivors need support, but often, when they reach out, they are met with responses that only cause further trauma. The impact of these responses is immense. As an incest survivor myself, I have experienced such comments after revealing what happened to me. My self-worth diminished instantly. It has taken me a decade (and more, as I’m still working on it) to rebuild my confidence and ability to be kind to myself.

It is my hope that we eradicate these condescending phrases and develop a better system to help survivors.

But first, here are a few things NEVER to say to survivors of sexual assault:

Doubting someone when they say they have just been violated is a big no-no. This implies that you do not have faith in what they’re saying, and it can instill an even bigger sense of insecurity and hopelessness in the survivor.

The last thing you want to do is make someone who has just experienced this feel like they can’t do anything about it because you don’t believe them.

2. “But they could never be capable of doing that!”

Anyone is capable of committing horrendous acts. There will always be people whose characters you’ve long admired who end up disappointing you through their sex crimes — Bill Cosby, Dr. Luke, Bikram Choudhury, etc. So when someone says a person we respect assaulted them, we must believe them. Even the best, most idolized and respected of humans are capable of this.

For many survivors of sexual abuse, informing the police is not their biggest concern. Getting a rape kit and being tested for STDs is their first priority. Priya, a 34-year-old survivor of marital rape, told me the one time she went to the police, they took her husband’s side over hers. Afterwards, she never wanted to let authorities know because she thought they were useless.

Additionally, when so many people have limited access to immediate health care, it can be daunting to go to the police afterward without tangible proof.

4. “You’re lucky you survived or it wasn’t worse.”

So what if the survivor didn’t get pregnant, catch any STDs, or come close to death? Juxtaposing rape and murder or kidnapping only minimizes sexual assault, and they’re not comparable. Similarly, you can’t measure a death of a loved one from an earthquake to being raped. This is just a completely unnecessary thing to say. Even if you think you’re helping, you’re not.

What can we say to survivors that’s encouraging and actually helpful to them?

For starters, we can say:

These three words are so powerful. Serena, a 20-year-old college student, told me that if someone had said this to her right after she went to her campus police, she would have felt so much better. If she heard these three words, she may not be on various anti-depressants and anti-anxiety medications and struggling with their side effects today.

These potent words can be life-changing, as it can help a survivor feel more empowered, which is exactly what they need.

2. “What happened is not your fault.”

Because it isn’t. It doesn’t matter what you are wearing or what time you were out. If you’re a survivor of sexual assault, it’s the perpetrator who’s at fault. They are the one with the problem, the one who perpetuated the crime, the one who is to blame.

Rob, a 29-year-old who was raped by a family member during a visit home from college, tells me his sister asked him this after he told disclosed what happened. “The fact that she was willing to help me and listen to me was comforting. It made me feel like it wasn’t my fault, even though I know it isn’t,” he says.

When responses to survivors are dismissive, survivors may feel even more vulnerable, and this is a reason why many people do not report their assault.

When you tell a survivor this, they will feel supported and cared for. It’s crucial to make sure they know you don’t see them differently because of their experience.

The most important thing to remember is to believe them so it can give them hope — for their future and for the future of anyone else who may go through the same thing.

If you or a loved one are a survivor of sexual assault in search of resources, Not Alone or RAINN can help you find support.

How To Survive A Toxic Workplace
Elizabeth Tsung