What '20 Minutes Of Action' Does To A Rape Survivor's Life 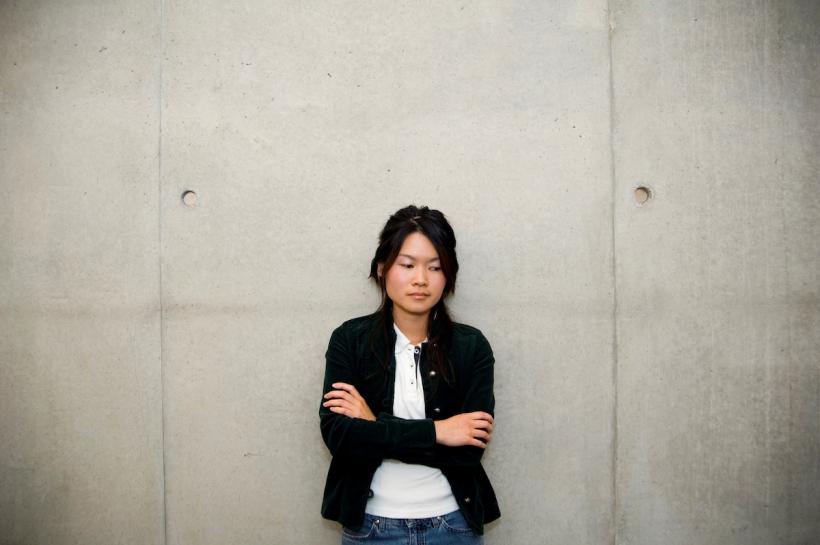 The damage can be treated, but it can never be undone.

I often find myself fixated on the maddening unfairness of just how little time it takes to break a human.

When I was 14 years old, I was sexually assaulted by a group of older boys I thought were my friends.

They tricked me into “trying out” a pair of handcuffs, which I let them slip onto my wrists, thinking I was in on the joke.

Trauma does funny things to time — it bends and stretches it, turns minutes into hours, leaves merciful holes that protect you from the worst parts, the parts your brain might not be able to handle without breaking.

Maybe my assault lasted 20 minutes, maybe 30, maybe an hour. I don’t know for sure.

What I do know is that that collection of minutes, however brief, has in many ways determined the course of the rest of my life.

The Internet has already been thoroughly repulsed this week by the case of Brock Turner, a Stanford student who was sentenced to a paltry six months in jail for sexually assaulting an unconscious woman. The judge went so far as to express concern about the “severe impact” a lengthy prison sentence would have on the star athlete.

We were further disgusted by the released letter from Turner’s father, suggesting that his son deserved only probation, since jail would be “a steep price to pay for 20 minutes of action out of his 20 plus years of life.”

The victim in this case, known only as “Emily Doe,” has already spoken for herself in a powerful victim’s impact statement, in which she describes the pain and despair that consumed her after she was assaulted.

But for me, my rape was its own kind of life sentence.

I made excuses for the men who raped me. They probably didn’t know what they were doing, and besides, I didn’t want to get anybody in trouble.

My perpetrators behaved shamefully, but I took on their shame and wrapped it around myself like a hair shirt. I took my righteous anger and turned it inward, then spent the next decade trying to destroy myself with it.

I self-medicated to avoid pain, even as my self-destructive behaviors slowly murdered my soul.

Sexual violence is a trauma, and trauma is something that threads itself into the framework of your body and soul. It rewires your circuitry.

People who have experienced trauma are more likely to engage in high-risk behaviors, self-injure, gamble or work compulsively. Traumatized people are also more likely to be physically unwell, and are more prone to headaches, back pain, eating disorders, irritable bowel syndrome and hypertension, to name a few.

My rape, always lurking just below the surface of my psyche, unprocessed and undealt with, sent me on a kamikaze mission to deny all feelings.

I don’t think that my rape is the sole reason that I went on to drink myself into blackouts, to snort cocaine occasionally, and then daily.

I believe I was born an alcoholic and a drug addict, but the trauma that I experienced put flame to the dry rags of my genetic material.

I self-medicated to avoid pain, even as my self-destructive behaviors slowly murdered my soul. The pain of destroying myself was less frightening than opening the Pandora’s box of what had happened to me that day when I was 14.

But it’s true what they say — the only way out is through. So when I found myself finally broken, soul-sick, and desperate enough to get sober at 25, I had to finally confront the pain of my assault … plus interest.

The first decade after my rape was stolen from me by drug and alcohol abuse, bulimia, and degrading, dangerous sexual encounters that made use of the only power I thought I had.

I developed a rainbow of addictions, compulsions, and unhealthy coping mechanisms in an attempt to treat the anxiety and depression my assault had left me with, as well as to numb out the resulting feelings I wasn’t yet capable of facing.

The second decade after my rape was spent recovering, which at its most intensive felt like a full-time job.

A year or two into sobriety from drugs and alcohol, I began to talk about my rape. I attended therapy three times a week and psychodrama workshops with specialists who made me hit pillows with baseball bats and write unsent letters to my perpetrators.

I was diagnosed with PTSD, which is a disorder that affects both veterans of war and people who have been raped.

Slowly, the layer of ice in which I’d encased my feelings about my assault began to thaw, but even when I knew I was feeling only the very tip of the feelings I’d suppressed, it was nearly intolerably painful.

I had emotions so intensely uncomfortable that they made “one day at a time” seem ridiculous.

Forget the day, I wasn’t sure I was going to make it through the next minute.

I took a trip to Puerto Rico at one point during the years I was working actively on processing my assault, and I still remember being too scared to climb to the top of a tourist attraction tower, for fear that I might not be able to keep from flinging myself from the top.

That second decade felt like another kind of life sentence. I had to spend thousands of dollars and countless hours of my life trying to come to terms with the intense pain that had been driving me for most of my life.

All because some rapist wanted his “20 minutes of action.”

Yet I was one of the lucky ones. I didn’t die, somehow, despite running headlong into dangerous situations — getting into cars and beds with strangers, leaning perilously over the subway tracks to vomit, wandering the city in blackouts.

I had health insurance and the financial ability to prioritize my mental health, to process all that pain in safe places with professionals. I still suffer from flashbacks and depression, especially around the anniversary of my assault. But I’m still standing.

Although I know I have to accept what happened to me, I often find myself fixated on the maddening unfairness of just how little time it takes to break a human.

“It’s just not fair,” I’ll rail to my therapist. “Here I am, 33 years old, and I’m still dealing with the effects of this one tiny moment in time. I still have to struggle with it, and cry, and hurt, because of something someone else chose to do to me.”

That time spent in a room with those boys 20 years ago still has the power to level me today. The damage can be treated, but it can never be undone.

And it hardly took any time at all.

“You’re right,” my therapist will respond. “It isn’t fair.”

Then we’ll sit together for a moment, quietly feeling the weight of that.

It isn’t fair that I, Emily Doe, or any other woman should have to suffer because some rapist wanted “20 minutes of action.”

What IS fair is that Brock Turner be punished.

Doe says in her statement that she is a person “who is irrevocably hurt,” that what Turner did to her “has forever changed the way I carry myself, the way I live the rest of my life.”

We can’t undo the “severe impact” of Turner’s actions on Doe’s life.

But we can start asking why Brock Turner shouldn’t feel the “severe impact” of his crimes.

Because when women like me, women who have been hurt, read stories like this, we’re left to wonder:

What makes a rapist’s life more valuable than the woman he’s victimized?

What makes his life more important than ours?

If you like this article, please share it! Your clicks keep us alive!
Tags
Brock Turner
Rape
Stanford
recovery
victim
therapy
addiction
alcoholism