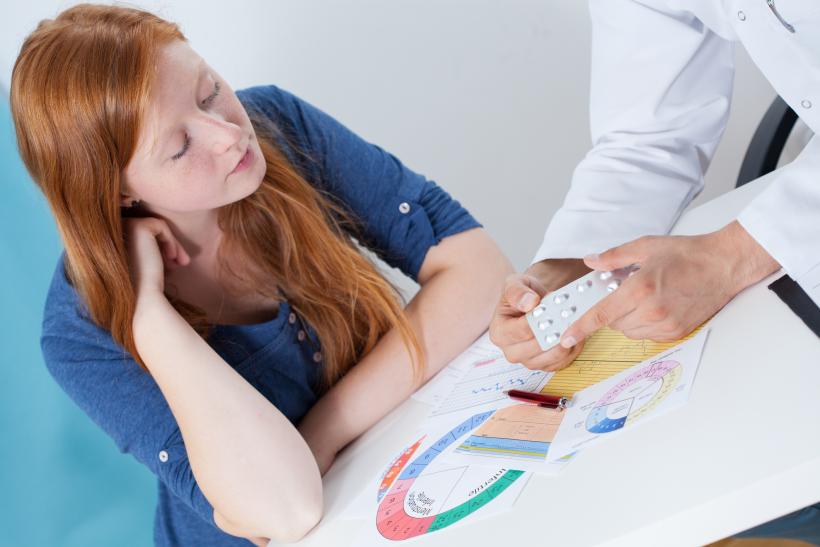 While there are numerous contraceptives that fall under the umbrella of “birth control,” people in North America have many misconceptions surrounding their options in this sphere.

“Most misconception- or mythbusting that we do is [around the idea] that there’s only one kind [of birth control],” says Roseline Carter, director of programs at the Calgary Sexual Health Centre. “Women keep asking about birth control pills because that’s all they know about.”

This lack of knowledge may stem from the limited and regionally variable curriculum that young people are offered in sex education classes.

For example, New Brunswick students are supposed to be told about STIs and their prevention between grades nine and 10, while in Alberta it’s grade six.

“It’s really... province by province, school board by school board — and then who is actually delivering it?” says Carter. “Until we have a comprehensive sexual education system that is provincial- or nation-wide, we’re going to have these gaps.”

These gaps aren’t just limited to Canada. The United States has its own set of problems.

Not only does the country not have a fixed sex education curriculum, but schools can choose to offer an abstinence-only program, meaning they don’t have to mention contraceptives in their classes at all.

“Certainly teaching that abstinence does prevent pregnancy is a positive thing, but if that’s the thing taught, the education is not complete or inaccurate,” says Susan Wysocki, president of iWoman’s Health and member of the American Sexual Health Association’s board of directors.

Further, it wasn’t until 2011 that any type of sex education was mandated in Mississippi. Until then, schools could refuse to teach any course at all. Even now, they are allowed to choose between abstinence-plus or abstinence-only.

Carter says many doctors aren’t properly educated on matters of sexual health. In medical school, she says, they may only spend a day or two on the subject, so the pill becomes “the default option for them.”

According to 2015 statistics from the United Nations, an estimated average of 20.7% of Canadian women aged 15-49 who were in relationships (the study appears to be limited to cisgender women in long-term relationships with cisgender men) used the pill, compared to 16 percent in the United States. In North America as a whole, 4.3% of women relied on the pull-out method for their birth control, 1.2% used the rhythm or temporary abstinence method, 0.3% used vaginal barrier methods, and 11.9 percent relied on the traditional condom.

No contraceptive is a one-size-fits-all solution, however.

All of them, barring complete abstinence, have potential side effects, and there must be allowances for people simply preferring one method to another.

Changes have been made and resources are available, but there is still work to be done before everyone is in a position to make fully informed birth control decisions.

“Whatever the option... you want to try, try it,” says Carter. “If you are experiencing symptoms that aren’t pleasant... you have the right to try different options.”

Sometimes an option isn’t offered because the doctor isn’t comfortable providing that form of birth control.

“I find if you go to a clinician who doesn’t know how to place IUDs, they may not offer that as an option,” says Wysocki. “If you go there and [an] IUD is what you wanted, you want to know it exists — and the person may not be telling you about it because they don’t do it.”

Even if a patient is aware of the options, misconceptions can be passed down from person to person.

Some people are still worried about IUDs, because of problems that arose with an earlier version of the contraceptive.

“In the 1970’s, there was a IUD called the Dalkon Shield; it was designed with... a multifilament string that let bacteria into the uterus,” says Wysocki. “All of the other IUDs available today are very safe and you are very unlikely to get an infection.”

Still, because of the different levels of education people receive, they might be embarrassed or might not know what questions they can ask.

“There is a fear of judgment and there is also a fear about what some of the negative social side effects might be for people,” says Carter. “There is a stigma around sexuality and what it means to be a sexual being.”

If prospective birth control users are scared to bring up questions with their healthcare providers, many sexual health organizations have informational websites.

These include state and provincial sexual health centers, Planned Parenthood, the American Sexual Health Association, and Sex Information and Education Council of Canada.

“My recommendation for anyone looking into contraception is to go online first, do some research, and come in with an idea of what you might want,” says Wysocki. But she encourages patients to consider the source. “There are blog[s], but those aren’t necessarily the most accurate... because anyone can say anything and pass along accurate information.”

Changes have been made and resources are available, but there is still work to be done before everyone is in a position to make fully informed birth control decisions.

The school system is still failing us in the sexual health department, so we need to take control of our own education.

“Young women are super savvy and knowledgeable,” says Carter. “There is so much good discourse with young women around feminism and body positivity and making their own decisions, so I feel that shift is coming.”

Why Do We Hate It When A Woman Changes?
Katie Ingram