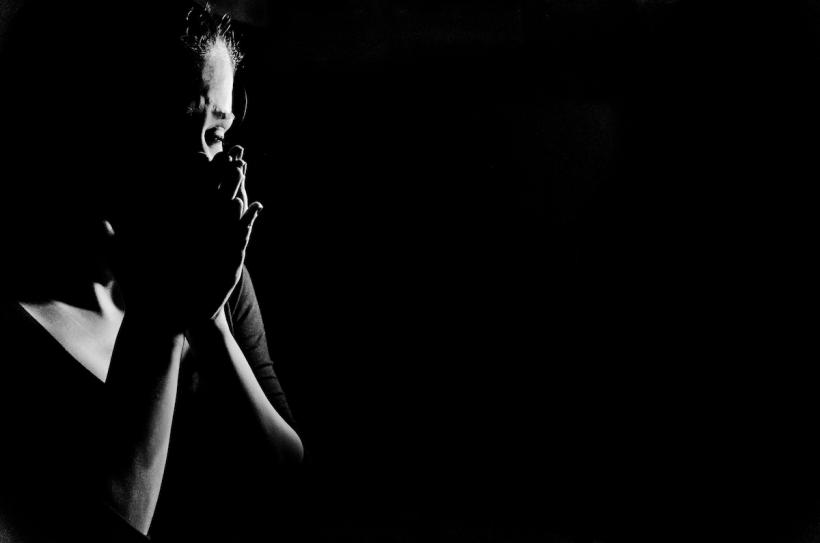 My rape was 20 years ago and I still need a trigger warning for Brock Turner.

Do you ever stop and think about what it feels like to be a rape victim?

I mean…really think about it. Do you?

We hear about rape in the news and on social media. We might talk about rape with our friends, maybe openly or maybe in hushed voices. We talk about the need to eradicate rape culture. We show our collective disapproval for some of the piss-poor excuses for sentences given to rapists and the (yes, really still in 2016) archaic notions that still exist when it comes to men, women, and sexual consent, such as asking a rape victim about her sexual habits or what kind of underwear she had on.

But do we stop and put ourselves in the shoes of a rape victim? I’m not talking during the rape: not how it feels to file a police report, not what goes through her mind when facing her rapist in a courtroom, not what she goes through as she gives her statement over and over again, to the police, doctors, nurses, and lawyers, who may or may not believe her.

Do you really stop and think about what it feels like to be a rape victim?

You can take issues with my semantics if you like. We can point to the differences and similarities between being a rape victim and a rape survivor but either way, rape still happened.

The mention of a rape or a rapist is a trigger that zips me right back to that dark place in my head space.

We’ve all heard the cliché “time heals all wounds.” I don’t think that’s true when it comes to rape, at least not for me. I was raped 21 years ago. Yes, that was a long time ago, and while being raped isn’t in the forefront of my mind every day, being raped is alive and well in my subconscious, coming to the surface with only the slightest provocation or trigger.

If I close my eyes, I can recall every single detail of the night I was raped as if it were last week, not more than two decades ago.

I remember the smells and sounds in the room with perfect clarity: the fabric softener on the sheets that started their day in the dryer and ended their day in the garbage, the bass from the music in the apartment next door. I can describe exactly what it feels like to have a large, hot, calloused hand close over my mouth and part of my nostrils.

I can paint you a word picture of how my body felt when my heart thudded so loudly and heavily that I thought it might actually break loose from my chest cavity. I can tell you what it’s like to feel motionless and powerless and to have the words “is this how it all ends?” run through my mind.

Like countless other people, I followed the rape trial of Stanford swimmer Brock Turner earlier this year. I admired the bravery of the victim who got to tell her story. I was outraged at rape being termed “20 minutes of action” and the insultingly light sentence imposed by some moron that has no business being a judge. I applauded this brave young woman for speaking out…something I didn’t have the courage to do.

I remember exactly where I was the first time I read the viral letter from Brock Turner’s victim. I was sitting at my kitchen table. My favorite yellow coffee cup was half-full and I was trying to decide whether or not to reheat it. I’d been readying myself to sit down and write and I had one of those “I’ll just pop onto Facebook first” moments. You know what I mean, right?

And it all came back.

You might think a forty-something year old woman who was raped more than 20 years ago has some deep-seated issues, needs more therapy or maybe just needs to learn to let sh*t go. And while therapy is an ongoing process in my life for various reasons, letting go of what it feels like to be violated in the most personal of ways isn’t an easy thing. It’s not even a possible thing. It doesn’t go away.

I have a healthy sex life and a pretty happy marriage. I don’t have daily rape flashbacks. I’ve moved on. I’m in a good place.

The mention of a rape or a rapist is a trigger that zips me right back to that dark place in my head space. When I read that Brock Turner is being released from jail this Friday after serving only half of his paltry sentence, I’m instantly enveloped in a memory of that one night where my life was changed, that one night when someone probably saw what he did as “twenty minutes of action.”

I wonder if he ever thinks of me, and honestly it doesn’t really matter, but I still wonder.

You’ll see Brock Turner in your newsfeed again this week. Maybe next week, too. He’s about to get another 15 minutes of internet notoriety, more airtime, and we’ll all throw virtual tomatoes and talk about what a douchebag he is.

This too shall pass, but there will be someone else. As hard as we’re working to change the conversations we have about rape, there will be a next time- another victim, a new survivor in your newsfeed- maybe tomorrow, maybe next week, maybe a year from now.

So, the next time you see a story about a rape victim, stop and think about what she really goes through. Really think. The pain, fear, and panic go beyond what you might expect an appropriate recovery period to be, if there is even such as thing as an appropriate recovery period. Rape is for life. We deal with it. Bury it. Work through it. Maybe all of those things…it’s complicated. But you can’t ever erase it or reverse it. It’s always there, lurking under the surface.

Talking about rape is uncomfortable but it’s something we need to be willing to be uncomfortable about. We need to be more forceful about eliciting change from the kind of people who label rape as 20 minutes of action.

Then, maybe things will change. Maybe.

If you like this article, please share it! Your clicks keep us alive!
Tags
Brock Turner
Rape
Sexual Assault
trigger warning