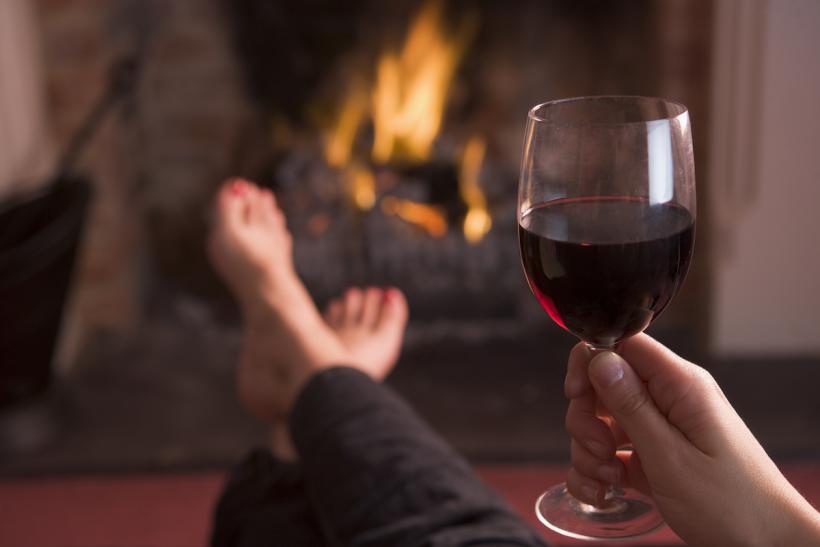 Disclaimer: I’m not a wine expert, unless you count consuming a lot of wine, in which case I am.

Halloween makes parents want to hit the sauce and not always in an I’m feeling frightfully festive; let’s drink wine from our spooky glasses and call it Witches Brew kind of way. Halloween makes me want to hit the sauce in an I’m so over this shit, what do you mean it’s only October 20th, where’s that gallon jug we bought from Costco? kind of way.

I’m not saying we can’t enjoy Halloween once we become parents, but it becomes mostly about the kids and the shit we have to do for them. I get the magic of Halloween, though. How fun is it to swap ghost stories (that scare the snot out of you) with your friends, or dress up like a princess or a mermaid for one night?

Now that I’m a parent, Halloween is considerably less cool but adulthood isn’t without perks: I can booze it up legally. And, since wine and motherhood are a societally sanctioned duo, I’ve come up with Halloween wine pairings for parents.

Disclaimer: I’m not a wine expert, unless you count consuming a lot of wine, in which case I am. If you’re looking for something hoity toity, like “Pinot Noir pairs best with Rasinets, because the slight notes of cherry bring out the sweetness of the raisin-y goodness,” then I’m afraid I’ll disappoint you. If you’re looking for commiseration and the knowledge that you won’t be the only parent on the block with something “special” in your travel cup as you trudge along with your tiny trick-or-treater, then we’re going to be good friends. Also? That thing I said about Pinot Noir and Raisinets is actually true. You’re welcome again.

1. A sweet and fruity Sangria.

It's just what you need to wash down the frustration over not being able to create the Pinterest-y perfect costume, using recycled paper towel rolls and Capri Sun pouches. Slice up those oranges and lemons and raise your glass to DIY fails!

This will help melt away the annoyance you feel when you see Halloween candy go on sale in August. It will also soothe any guilt you feel over that one night when you tore into that bag like a hungry she-wolf and called it dinner. You might have to purchase crappy, picked-over replacement candy at the last minute, but don’t think about that.

It will complement laments over unfortunate choices in costumes. I know. The cute and fuzzy Cowardly Lion costume looked adorable on your three-year-old, and you just didn’t think about how long it would take to get said (just-barely-potty-trained) kid out of said adorable costume. Anyone can make a mistake and that costume will be good as new after you wash it. Probably.

Some people say carving the Jack-O-Lantern is the best part of Halloween. I’m not one of those people. My kids are all about carving pumpkins, until about 30 seconds into the deed when my hands are covered in slimy, stinky pumpkin goo and they lose interest and ask if they can watch TV. I’d probably prefer a pap smear to this up close and personal pumpkin encounter, but a cold glass of subtly sweet Riesling when I’m done makes it all worthwhile. Mostly. Maybe two glasses.

Don’t despair when your small human informs you at 9 p.m. that he’s responsible for bringing two dozen Halloween-themed cupcakes to school tomorrow. No, of course you won’t have any ingredients on hand to make anything remotely resembling a cupcake, but take some comfort in the fact that your late-evening trip to the store can include a stop in the wine aisle. Treat yourself and look for a nice Mourvèdre. Enjoy the notes of spice and cherry from your favorite shatterproof plastic tumbler, while you’re “messing up” the frosting on store bought cupcakes hoping no one will notice. Have a refill and you really won’t care who knows you tried to pass off store bought as homemade.

Last minute costume changes happen. Your little snowflake had her heart set on being Wyldstyle (if you don’t know who that is, consider yourself extremely lucky) for six months. You crafted the perfect costume. You watched 73 YouTube videos on kid-safe hair dye. When your daughter informs you two days before Halloween that Wyldstyle is OUT and Rey from The Force Awakens is IN, you need a damn drink. Deciding to approve a last minute switch might be a tough call, but deciding on the perfect pairing shouldn’t be. I recommend Pinot Grigio, although no one would judge you if you just went straight for the vodka.

When someone is a jerk to your kid about their costume, a silky Malbec will take the bitter taste out of your mouth, after you’ve finished giving them a lesson on manners. And seriously? The only comment that should fly out of your pie hole about a child’s Halloween costume is “don’t you look cute?” or maybe “ooh, so scary!” I don’t care how many versions of Elsa or BB-8 we see on Halloween, only assholes pick on kids about their costumes and if you have to deal with people like that, you’ve earned at least one glass of wine.

8. Treat yourself. With a Sauvignon Blanc.

If you need a crisp, refreshing adult beverage to toast the end of all things Halloween on November first, you could go traditional with some bubbly Prosecco or go a little rogue with a nice Sauvignon Blanc. A crisp white with notes of citrus is just the thing to take your mind off the fact that you’re going to have to clean up all of this pumpkin shit at some point, and that your premature decorating, over-achieving neighbors are already on the ladder stringing Christmas lights. Sigh.

Cheers to Halloween, parents! And, if you’re not a parent, you probably know one who wouldn’t say no to a bottle (or two) of something to get them through October 31st.

If you like this article, please share it! Your clicks keep us alive!
Tags
wine
Halloween
drinking
parents