What Major Surgery Can Teach You About Change 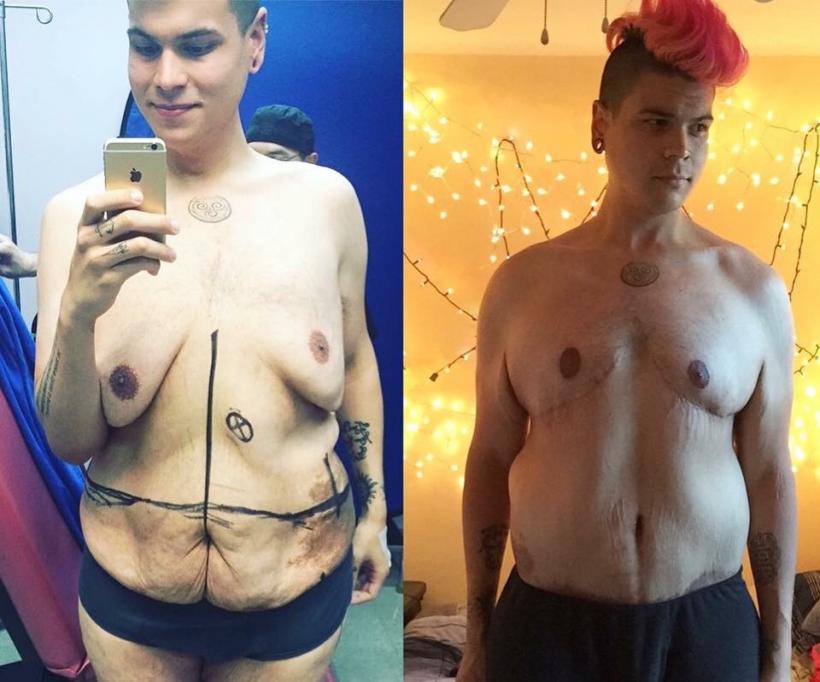 In recent years, I’ve lost all patience with pessimistic views on human nature for the sake of appearing smarter than those around you.

We’ve all heard these arguments before—typically when the one outwardly jaded member of your social group claims something like "all smart people are inherently depressed.” This might be true to an extent, but more often than not it’s used as an excuse for boring people to brag about their own intelligence while trying to justify why they're a bit of a dick.

These skewed views of life come in a lot of different forms, but the most frequent and among the most egregious is the claim that “people never change.”

I used to believe this statement wholeheartedly, and often used it to rationalize never again trusting someone who’d wronged me. Looking back on it though, this view of humanity seems as short-sighted as it is closed-minded.

Also, looking back on it, who could’ve “wronged me?” I had this jaded perspective when I was fifteen years old, the only way I could’ve been truly hurt is if someone had stolen my fucking Pokémon cards.

Change is all we do. Every major development and life event alters who we are as people, and as a result, our effect on the world.

Though I’d believed this for a few years at this point, it never became more obvious than it did after my last two surgeries. Since 2009, I’ve lost over 270 pounds. I was roughly 500 pounds at the age of 16, and after losing half my body weight in four years, I’d begun to develop a small community surrounding my journey with body positivity.

After reaching my goal weight, I was still burdened with the excess skin from being so heavy—over 45 pounds of skin hung from my body, weighing me down and continuing to affect my self-esteem.

Over time, I began to accept what I saw as my “flaws.” I made peace with my body, and even started to fall in love with it over time. I became a body positivity activist, dedicating my time and energy to trying to spread a positive message about how people should treat themselves, gently and with kindness.

Change is the essence of being human. Every experience is, to some extent, a transformative one.

Then, I discovered I was actually going to get the procedures to remove the excess skin. We’d talked about it for months, but now the abstract “eventually” became a concrete date. It was three-dimensional now, it was something that was going to happen to me.

As I lay there on the operating table, waiting for the tender hands of general anesthesia to whisk me away to somewhere safe and quiet, I found myself thinking one thought ad nauseam:

Who will I be when I wake up?

Luckily, that wasn’t an issue. My procedure went totally fine, and the transition was completely seamless with no road bumps or complications whatsoever.

God, I wish. Unfortunately, life is rarely that simple and never that easy.

Nothing puts your claims of body positivity to the test quite like waking up bruised, stapled, stitched, and scarred in a body that’s completely different. I was unconscious for eight hours, and in that time my surgeon removed over 45 pounds of skin from my torso, pulling the skin down on my abdomen, making a new fake belly button, and leaving a huge scar that wrapped 360 degrees around my waistline like a belt.

In the two months following the first procedure, I found myself in such a strange place with my self-confidence. Once I’d mostly healed up, I didn’t really feel like me. The self esteem that once existed as a form of rebellion to our society’s standards of beauty now fit more in line with those standards of beauty. The body I’d lived in—one that, while beautiful, was obviously strange—now looked normal, and somehow the confidence that came with that felt more shallow.

The self esteem I’d begun to develop after the surgery felt like a hollow victory, at first. It felt like I’d decided to conform to the ideals I wanted to speak out against. While the confidence was still very much there, it was less intellectually satisfying than what it used to be. It felt undeserved.

Over time, I began to realize that the confidence I was feeling wasn’t bad, it was just different—and those two are by no means interchangeable. The reason the transition was so difficult wasn’t that anything I was feeling was undeserved, it was that I tried to cling on to a past version of myself.

The procedures put me through a lot, but the biggest lesson I learned had to do with the nature of change.

When you go through a difficult, traumatic, or transformative experience, there’s a part of you that wants to hold onto the person you were before it happened. You try so hard to hold onto a simpler time–a time when things weren’t so scary.

Change is the essence of being human. Every experience is, to some extent, a transformative one. You can’t be who you were under different circumstances, because everything you go through imbues you with the knowledge, wisdom, and (unfortunately) trepidation that comes with those experiences. We lack the ability to unlearn anything and, as a result, we can never again be who we used to be.

However, this is in no way a bad thing.

You don’t have to be who you were before a difficult experience in order to still have value. You’re not someone living in the fallout of something you went through and you’re not a skewed version of the person you used to be. We’re creatures of resilience, and even though the tough times always leave a mark, they often leave us stronger, wiser, or smarter than we were before. These experiences have the capacity to teach us valuable lessons, even if that lesson is just about what we’re capable of surviving.

There’s no one who gets to dictate what or who you’re supposed to be. That’s up to you to discover and craft as you go on your journey. No matter what changes you, the best parts of you will still be there.

If you like this article, please share it! Your clicks keep us alive!
Tags
matt joseph diaz
change
surgery
evolving
body
body image