A Reluctant Disney Princess: Cinderella AND A Feminist? 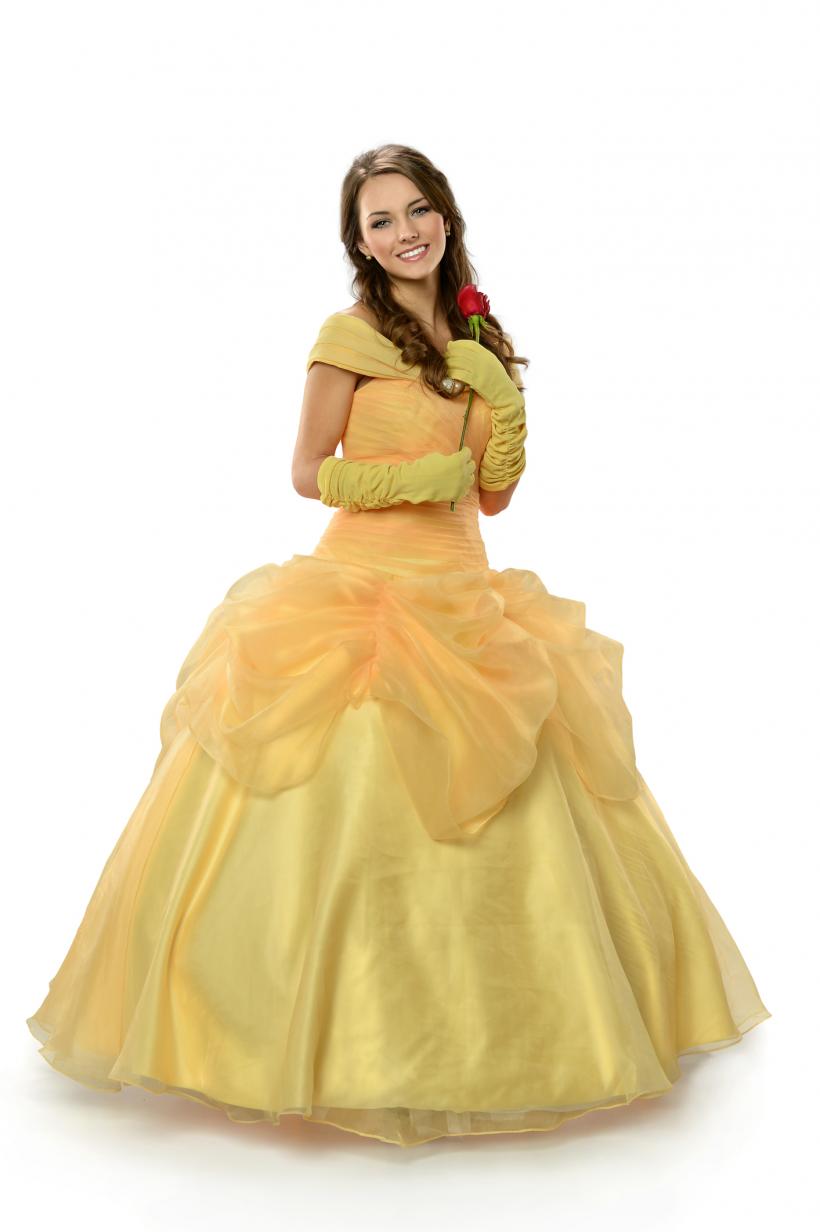 At my first children’s birthday party as a professional entertainer, I played Cinderella. It was in college and I needed the money. As a mixed-race woman, I hardly resembled the blonde, blue-eyed heroine, but I had golden highlights in my dark-brown, curly hair, and I guess my “princess pimp” thought that was good enough. "Besides," she said, "it’s more about how you embody the character. If you act like Cinderella, the children will believe you are Cinderella."

I had no reason to doubt someone who had been wrangling clowns and other costumed characters for almost as long as I’d been alive. Yet as a feminist, playing the part of Cinderella made me queasy. Do little girls inherently love princesses, or are those simply the only heroines we offer them? I already knew the answer, but I was also too pragmatic to turn down $35 an hour (plus tips) in my then-current financial situation.

In some ways, I am characteristically feminine. I am nurturing. I am emotional. I have a relatively high voice, enjoy experimenting with make-up, and feel comfortable in dresses. I embrace these facets of my identity in a patriarchal society that tries to sexualize and shame me for them.

But I am by no means a Disney Princess. I have never seen my husband as Prince Charming. I have never wanted to conform to the social script written for “a man’s wife.” I am my own person, with my own power and my own magic. Any fairy tale I live is one I have written myself.

Sure, men may hold the door open for me if they want. I applaud chivalry that comes from a place of respect and authenticity, a place that believes in showing women kindness rather than kicking them down. But make no mistake — I'm perfectly capable of opening that door myself. Even with my procrastinator tendencies, I get shit done, no Prince Charming necessary. Certainly, nobody's kiss ever woke me up from a century's worth of slumber, literal or metaphorical. My husband's a great kisser, but I’m still my own hero.

That’s why I took my princess pimp’s basketful of face paint and balloon animal gear and hit the highway. Sometimes you have to forsake your principles in order to put food on the table. Your survival comes first. It's a lot easier to be principled when you're not starving. The only person who was going to rescue me that semester was, well, me. A young woman who doesn’t yet have her college degree in hand only has so many money-making options, most of which didn’t appeal to me. At least by working children’s parties, I could shield myself from the sexual harassment waitresses face — even if I was playing the sexualized role of Cinderella.

Hiring a Disney Princess for your little girl's party is allegedly a form of "good" parenting. It is unfortunate how few parents seem to question this idea.

Of course, once I got to the party, I felt like a fake. I struggled through an hour of cheery chitchat as I painted tiny people’s faces and made balloon animals for them. If I'm going to play a princess, can't I at least play a kickass princess? I asked myself.

Girls deserve positive role models that inspire them to be their best selves, not fit into some box. Some of those role models can certainly be princesses, but they should be fully realized, autonomous characters. Girls need as many options as are available to boys. Disney Princesses are simply too narrow in terms of appearance, personality, and narrative. Even if I felt like a phony and a bad example, the little girls loved me, in all likelihood because they had been conditioned to love me.

Working in children's party entertainment teaches you a lot about the challenges of parenting. One lesson is that our society leads us to believe that there are “right” and “wrong” ways to parent. Hiring a Disney Princess for your little girl’s party is allegedly a form of “good” parenting. It is unfortunate how few parents seem to question this idea.

At the party entertainment company where I worked, Disney Princesses were far more popular than Dora the Explorer, another female character on our list. It seems to me that a bold, inquisitive female character who chooses her own adventures is a better role model than the Disney Princesses who let their adventures be chosen for them. Sometimes parents don’t know their options, or have the luxury of time to reflect on which characters are the best role models for their children. One of my mistakes as a children’s party entertainer was not going out of my way to recommend characters like Dora to parents. All of us have opportunities to be activists in our everyday lives, and I missed a relatively easy one.

My other mistake during my time in the industry was not imparting kids with feminist messages. Now I realize I could’ve done this in a gentle, age-appropriate way. When kids asked me to make them a “girl” balloon animal, for instance, they often asked for me to draw on long eyelashes in Sharpie. I could’ve cheerfully said, “OK, I’ll draw long, beautiful eyelashes, but remember that some girls have short eyelashes and they’re beautiful, too.”

I also could’ve made more of an effort to let little girls know that balloons in colors other than pink and purple were available to them. Not so hard, right? The right comment can give a little girl the hope and encouragement she needs to be herself, not what society tells her to be as a female.

Feminism is about choices, something women seem to lack in cultures around the world. There is no single right way to be a woman because we are individuals with unique stories and experiences. You don't need to live the same life as your mother, your sister, or Disney Princesses like Cinderella. The life you choose should be one you choose without reluctance. It is a life that is confidently yours and yours alone.

If you like this article, please share it! Your clicks keep us alive!
Tags
Disney
Disney princess
feminism
princess culture
chivalry