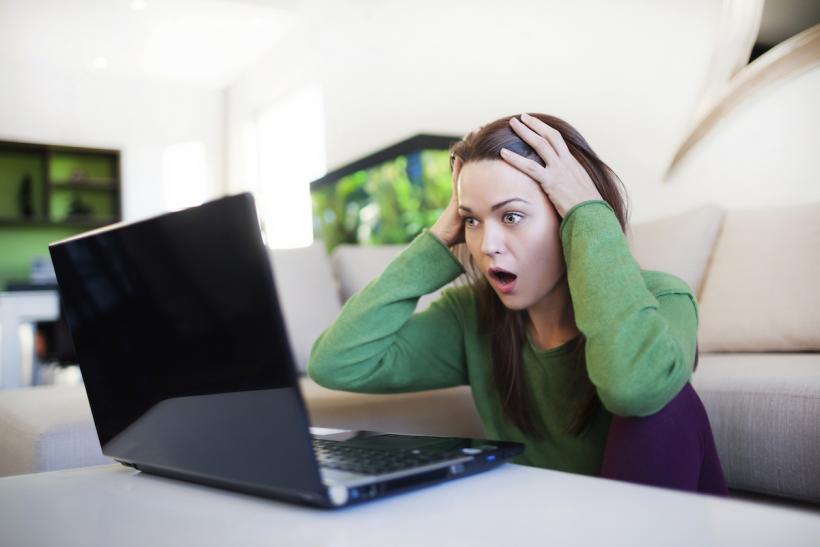 You said something offensive to them. What was it? (Image: Thinkstock)

If you haven’t been unfriended or blocked on Facebook, then you’re not doing social media right. Still, each time I’ve been disassociated from in the land of Facebook, I’m left wondering what I did wrong. I know I’m not alone in this. Being unfriended can be pretty traumatic. There's nothing quite like looking up someone’s name on Facebook, thinking you’re friends, only to be met with the “Add Friend” button. I’ve compiled a list of reasons that go through one’s mind when you realize you are no longer “friends” with someone online.

The person who unfriended you hates your guts. They have decided that you are not a good person and therefore they do not want to associate with you… virtually. You suck at life and they know. They know you once cheated at UNO in the seventh grade and they’re not impressed. If you know the person in real life (IRL if you want to get fancy), this is even more traumatic. What if you see them on the street? FUCK!

You said something offensive to them. What was it? There you go putting your foot in your mouth again. You shouldn’t have talked about politics, religion, race, or gluten. It must have been that joke you made about gluten-free cookies tasting like cardboard. That’s offensive, right? You have too many opinions on things and you aren’t silent about them because it’s the Internet, but this time it cost you a “friend.”

This is the best outcome, because it means you didn’t do shit wrong. Hallelujah, it’s not my fault. I didn’t hurt anyone’s feelings or piss them off. The person doesn’t exist on Facebook anymore so they don’t hate you. They hate Facebook. Everything is fine!

Please don’t let it be this one. Maybe my posts aren’t entertaining enough. I share too many cat pictures or selfies? It’s probably the selfies. I know I’m funny though. They haven’t given me a chance. They obviously don’t have a sense of humor.

5. You broke up with your boyfriend/girlfriend/husband/wife.

Back before Facebook, when people broke up, they didn’t have to define their relationship to a virtual external audience. Now, when you break up with someone, you will most likely cut virtual ties with the person. It’s only a matter of time before one of you hits the unfriend button.

6. You don’t talk to them anymore.

Sometimes people drift apart. We don’t have the same close connections forever. One time I was thinking about an old friend of mine. We hadn’t talked in a while, so I looked her up on Facebook. It turns out, she unfriended me. I attributed this to the fact that we hadn’t talked in a long time. But then I started going through the other items on the list, because I’m paranoid. She probably hates me.

You had an argument about something highly controversial like whether or not to vaccinate your child. You went back and forth with this “friend” and it was ugly. There were irreconcilable differences. She hit that unfriend button and froze your ass. You could no longer talk sense into her. It was over.

These are some of the things that go through your mind when you’ve been unfriended on Facebook. The truth is, there are probably many more reasons that people hit that unfriend button. We might never find out why we were unfriended. The only way to find out the real reason for the loss of that Facebook friendship is to ask. But are you daring enough to do that?