Why All Dudes Are F*!kboys Until They Aren't Anymore 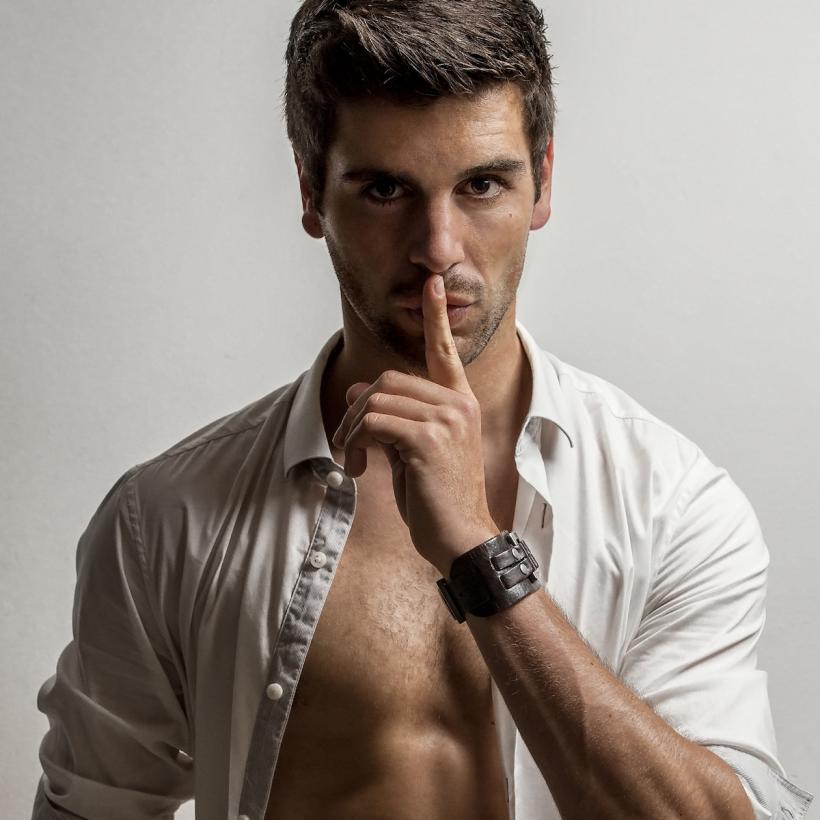 A guy stops being a fuckboy once his priorities change.

When I met my partner, he was a 26-year-old D-bag who bought me tequila shots on our first date and tried in vain to get me to go back to his apartment in Hoboken (LOL. Get out of here. Like I was going to New Jersey). We occasionally connected and met up for drinks, but that was all it was. It was nothing serious. It wasn’t really anything, other than a sporadic date here and there with a few (passionate) make out sessions sprinkled in.

A few months later, he told me he had a girlfriend, but she was planning to move, so he could totes still go on dates with me (read: try to have sex with me). I told him to eat a festering bag of dicks. He was a bonafide fuckboy and I was having none of that.

Now, if you told me that after all that shit, this man would be my now partner, probably future husband and father of my children, I would have told you too, to eat a festering back of dicks.

But, like all things in this often shitty and confusing (and yes, magical) thing we call love, people come around and surprise the fuck out of you.

Women have to stop putting up with it. At some point, women stop allowing themselves to be treated like shit because they realize, after years of bullshit, that this isn’t how they want to be treated. We put our foot down, and guys have to live up to the new set of standards, or keep dating college girls forever.

My partner appeared out of the woodwork, having not reached out since trying to double date me, six months prior. He came to a party at my apartment and he was a different person. He was sweet, bearded, and totally grown up. We started dating seriously not long after. It’s been two years, we live together, and are completely in love.

I had to wonder what the big change was. My partner went from dickwad to Prince Charming over the course of a few years. He stopped being a fuckboy, buckled down, and became the man I deserved.

But this is the case with most men, isn’t it? They screw around, treat girls like expendable objects, and then somewhere in their late twenties or early thirties, a dramatic change takes place. They hang up their f-boy pants and put on their adult, father/husband pants.

The truth is, all men are fuckboys until they decide they aren’t anymore.

Before I go any further down the rabbit hole, let me clarify that when I say “men,” I’m not referring to all people who identify as male, but rather cis-gender men — men who have been anatomically male since birth, free of any and all struggle that many other people who also identify as male have gone through. This one is about you, biological men. HELLO to you!*

You can’t change a fuckboy.

Here’s the absolute truth: you cannot change a fuckboy unless he wants to change by himself. This is where girls get messed up. They think that a guy is going to change his crappy behavior for HER. This is not the case 99.9% of the time. If he’s a fuckboy, he’s not ready to stop being one. It doesn’t matter how great you are or how much you love him. Trust me.

He has to make that decision for himself. He is the one who wakes up one day and thinks, “Oh, wow. I’m really sick of being a dick and want a serious girlfriend. I’m going to do that now.”  Men have all the power over this. Women are rarely fuckgirls. We’re forced to sit around and wait for guys to get it together, before we can have the relationship we want.

The best advice I can offer is to stay AWAY FROM F-BOYS. But how? Do not date guys who are younger than 28. Obviously, there are exceptions to this. There will be younger guys who have stopped being fuckboys and there will be men who are fuckboys well into their thirties or forties, but for the most part, 28 is around the time a guy is starting to get it together.

A guy stops being a fuckboy once his priorities change.

So, why do guys stop being assholes to women? It all has to do with priorities. As a young lad, a guy’s priority is getting pussy. If being an asshole is going to get him laid, he’ll just do it. He doesn’t have any consequences because he’s a fucking man and is entitled as fuck.

Here’s the thing. though. Once a man’s priorities change from getting easy ass to actually finding love, he stops being a prick and starts being an adult. A man decides he wants a serious girlfriend or a wife, and the next great gal he meets is “the one.” His proverbial taxi light is on and he’s ready to meet his life partner. It’s messed up, I know, but it’s true.

Men finally grow up because women grow up first.

In our teens and early twenties, girls chase assholes. We live in a world that has conditioned us to believe that if a guy is a dick to you, he likes you. Since our playground days, we're told this: if a boy pulls your pigtails or teases you, it’s because he likes you.

So, we go with it and that’s how we approach dating. Men are f-boys because they CAN be. They can treat a girl like ass and we still HAVE SEX with them. Of course he’s going to be a little shithead if he can get away with it. A girl who goes home with a bunch of f-boys and likes dating assholes is not a woman you men should want to date. That woman doesn’t have her confidence yet; she has yet to put her foot down and fully decide that she won’t accept this bullshit anymore.

Women have to stop putting up with it. At some point, women stop allowing themselves to be treated like shit because they realize, after years of bullshit, that this isn’t how they want to be treated. We put our foot down, and guys have to live up to the new set of standards, or keep dating college girls forever.

A guy has to let go of his f-boy behavior and learn to adapt. I’m not saying we should internalize the patriarchy and always be on our best behavior. That’s not the point.

The point is that we gain some self-confidence and change our priorities. We’re no longer after meatheads and wild fuckboys; we want confident, successful, and smart men, who can be our husbands. Men have no choice but to get it the fuck together and be mature.

We get there a hell of a lot earlier than we do, but if we’re patient, they come around eventually. Isn’t dating fun?

*Editor's Note: It was brought to our attention that this passage doesn't use very trans-competent language. We apologize for any harm that an essentialist discussion of genitalia may have caused, and we have set systems in place so that we can avoid mistakes like this one in the future — especially when those mistakes happen in an effort to be more inclusive! While we can't guarantee that we'll get things right every time, we are committed to acknowledging our missteps and striving to do better.

If you like this article, please share it! Your clicks keep us alive!
Tags
men
Boys
dating
Relationships
adulthood
fuckboys