Are My Child's Special Needs My Fault? 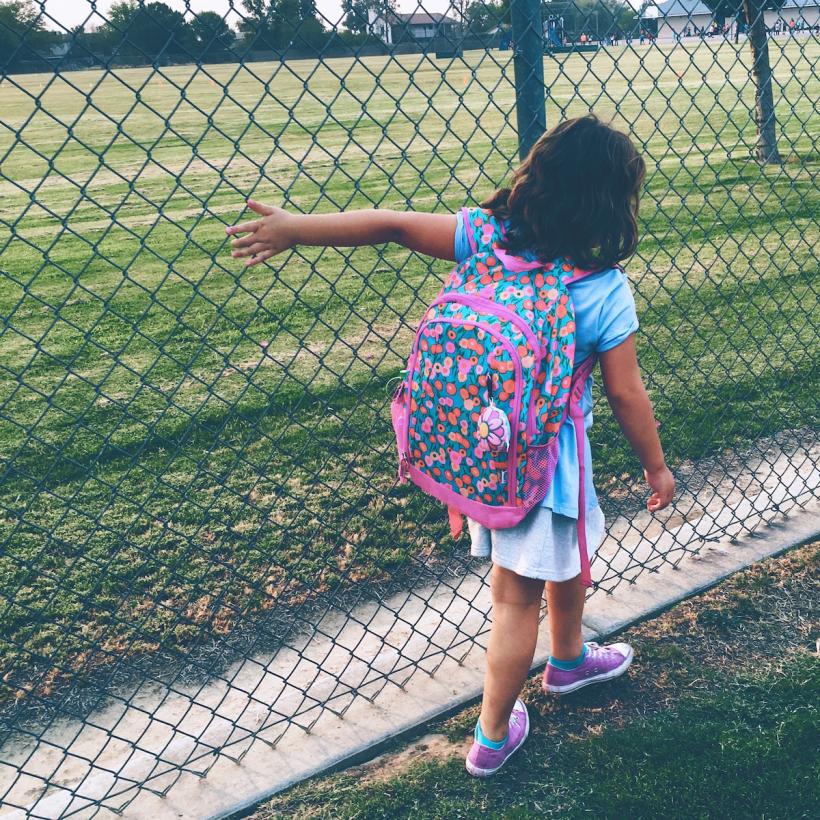 Time to get our shoes on!

Quickly, let’s get ready for school! We don’t want to be late!

How do you turn a ‘no’ kid into a ‘yes’ kid? What if the ‘no’ kid isn’t neurotypical? What if you don’t even know what ‘typical’ means for this child?

What if you can’t figure out where things went wrong?

What if it’s your fault things went wrong?

This is the third day in a row that getting to school at all, much less on time, has been a battle of her ‘no’ and my feigned enthusiasm “Let’s have a great day!” It’s difficult to be enthusiastic when you’re being yelled at. If your child is screaming “I hate you!” it’s difficult to maintain composure. My brain is yelling without any composure at all, “OH YEAH. WELL, I HATE YOU TOO.”

I don’t really hate Ella. I do really hate this experience, though. That hatred is trying to force its way out in a screaming demand of compliance. This thing she goes through every day, the defiance, the anger, the anxiety, its cause is invisible. Its invisibility is not helped by my strangled hatred.

It's hard, sometimes impossible, to separate her anxiety from her lack of cooperation in general.

She has selective mutism, which essentially means she experiences anxiety that results in an inability to speak. Not a refusal to speak, not oppositional defiance, but paralytic anxiety that means her mouth won't work on command. Which means she can't communicate her fears, her desires, even her needs. Which means all of that frustration seeps out in a number of other ways. What do you do for a child that can't even tell you she needs her pencil sharpened, a child that would deny her basic physiological needs rather than ask someone for water or to use the bathroom?

It's not a comfort, I imagine, because mothers like to assign themselves blame for everything from their child's refusal to brush their teeth, to global warming, plus any calamity in between. So this – the "no," the anxiety, the random angry outburst – must be my fault.

After raising three spunky, but generally obedient, kids, this situation feels infinitely more frustrating for me than it probably should. The fact that those three, despite being occasionally shitty, turned out to be splendid humans should be a comfort to me — I've done this before; I did ok.

It is not a comfort to me. I feel like a shitty, incapable failure of a parent.

It's not a comfort, I imagine, because mothers like to assign themselves blame for everything from their child's refusal to brush their teeth, to global warming, and any calamity in between. So this, the no, the anxiety, the random angry outburst must be my fault. Somehow. Something went wrong along the way. She broke. I broke her. Where did I go wrong?

The mutism, the anxiety, the defiance, the generally labile nature of her personality, all must be my fault. Even though my mental illness, the bipolar disorder, the OCD, the OCPD, none of that, the manic highs, the desperate lows, the hand washing, the obsession about even a grain of sand on the floor, isn’t in my control, somehow this should be. Maybe my own struggles are my fault too? Maybe I gave her my struggles, either genetically or as a model of mentally ill behavior.

Maybe I made choices that made this happen?

I became pregnant with her brother when Ella was just nine months old. My breasts dried up. Her food source betrayed her. She never relented, suckling at an empty breast in an act of determination. He was born when she was 18 months old  and she nursed like a newborn, ravenous and delighted with the return of the milk. I weaned her six months later when my body, my instinct told me to push her away.

Is this the thing that strained my relationship with her, eventually turned her from me to her father. Is this the reason her anxiety is so visceral? Is she afraid of being left? Did I, in my preoccupation with my pregnancy and a new baby, teach her not to trust?

Is it because she never slept, and since I couldn’t find a way to get her to sleep, I cried all night with her on my lap? Is it because of all the times I secretly considered putting her in the backyard at 2 AM and walking away? Is it because during my pregnancy, overwhelmed with the mere thought of getting up every day, I cried about everything? Did I not read to her enough? Did she sense my anger? Did she know that when her dad took over, I was grateful for the respite?

Or did all of this happen because she spent almost five minutes stuck half in and half out of my body, hovering between the life support of her umbilical cord and the air of the outside, before we finally freed her, pulling her limp body from the water? Did I position myself ineffectively? Did I not push hard enough? Did my decision to have her at home cause all of this? That’s my fault, too.

Watching her suffer breaks me. I worry about her future, her inability to be around people she doesn’t know, her mood swings, her defiance. What does all of this mean for her as she grows?

Why can’t I fix this?

What did I do? How can I undo it? Why can’t I be patient, collected, when it’s the least of the things I owe her?

The way she experiences life is exhausting. Going out, talking with people, making friends, going to the doctor, all of the things that other people just do, are things that she can’t achieve without so much struggle, if at all. And I know I should feel her frustration, and the empathy you’d expect a parent to have, but I often don’t. I often curse the entire experience, from the first ‘no,’ right up to bedtime. Sometimes the frustration makes me regret becoming a mother, her mother. That feeling of regret, even the acknowledgment that sometimes regret is inevitable, isn't therapeutic either.

The whole thing is hard. The whole thing makes me cry too much, yell too much, complain too much.  It makes me feel fear and sadness for her and loathing for myself. It often makes me wonder if I’m simply not equipped for this.

In truth, maybe it's easier to blame myself than to acknowledge that there is no cause, no fault, no fixing. She is as she should be. And I have been given the gift of being her mother.

If you like this article, please share it! Your clicks keep us alive!
Tags
parenting
anxiety
selective mutism
failure
neurotypical
Autism