It's Christmas And You're Broke: How To Survive 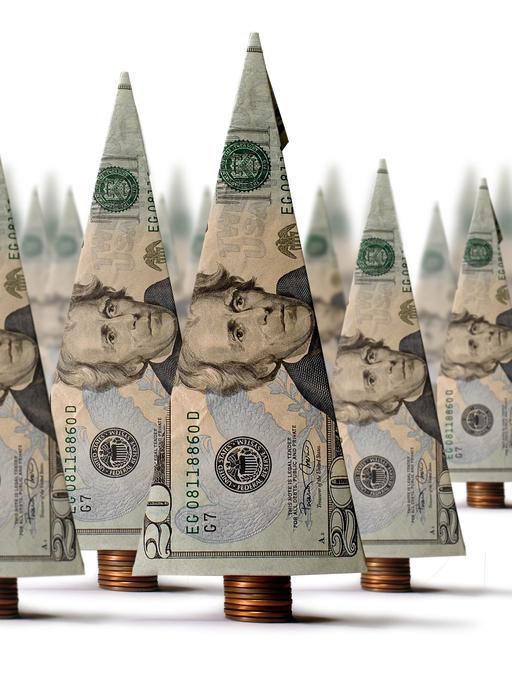 Christmas can be downright brutal if you're financially hard up already. (Image Credit: Thinkstock)

Marching band is a big deal in our house. From August to December, you’ll find our family following around the high school band, cheering on our kids, feeding them, mending torn pants, keeping blood sugars in check. When marching season is over, jazz and symphonic seasons start, and the winter performance season takes off at full speed. Band is life.

At the start of the season this year, I made a bet with my 16-year-old son (also the drum major). He was shooting for a first place streak — first place parade drum major award at every competition he participated in this season. If he achieved this goal (a first for his school), he’d get a new saxophone.

And last month I bought a saxophone.

(It’s going to count as his Christmas gift, too. Saxophones are shockingly costly.)

Twenty-five years ago, when my (now ex) husband and I got married, we were broke. I don’t mean can’t-afford-cable-broke. I mean rolling-nickels-for-gas broke. We returned the Christmas gifts given to us so that we could have money for groceries. That kind of broke.

Last week, my 18-year-old son moved out. I took him to Walmart, and we stocked his apartment with pots and pans, dishes, linens, toiletries, groceries. He will not know the fear of a bare cupboard. I'm so very grateful for that.

What a difference 25 years makes.

I remember the desperation of having an overdrawn bank account. A savings account with $.18 in it is useless when your bank balance is -$135. Once you're behind, it’s so hard to get ahead. I would watch overdraft fees stack up exponentially. I would see myself pushed from penniless to indebtedness.

When you’re poor, people tell you to be grateful for all that you have. But sometimes, especially during the holidays, you just can’t muster gratitude.

The future was a frightening unknown then — how would I buy my daughter a prom dress if I couldn't buy her a new pair of pants? Somehow, when the present feels hopeless, the future feels closer. The things I don’t worry about at all now — how will I pay for school lunches, how will they go to college, will they be made fun of for being the kids with the no-brand shoes — seemed paramount to me then.

A weekly trip to Walmart would end in tears — first theirs, then mine. Them pining in the toy aisle. Me saying no. Over and over. It wasn’t so much that I wanted to buy my kids whatever they wanted. It was that I couldn’t.

Things seem so much worse when you can’t do something, even if it’s not something you want to do.

Maybe you’re in that place now, the place where you have to budget your groceries to the penny. Or maybe your kids just want something you want to give them but can’t afford. Maybe you’re forgoing any gifts for the adults in the house so you can buy the kids something, anything. Maybe you can't buy anything at all.

When you’re poor, people tell you to be grateful for all that you have. But sometimes, especially during the holidays, you just can’t muster gratitude.

That’s okay. I couldn’t either.

But regardless of your gratitude, or lack thereof, you've still got to get to the other side.

What I’m going to tell you is how to survive.

The answer isn’t profound. It doesn’t promise it’ll get easier. I’m not telling you that in 25 years you won’t be fearful still. I’m just going to tell you how I got through it, how to get through it.

Maybe it won’t suck for you because you’ve already figured this out, and if that’s the case, then be there for those it does suck for. Things feel a lot less hopeless when you know that you're not alone in your fear.

But here’s the thing you may not know now, that I have the hindsight to know: You will not forget these times, but your life, and your happiness, won’t be defined by them.

At least I hope not.

If someone had said this to me then, I would have told them that they were welcome to endure my struggle. I would have said they can’t know because they haven’t been there. I would have been angry. People did say it to me, and I didn’t hear them. In my pain and anger, I shut them out.

But, if I had listened, I would have been spared a  measurable amount of misery.

If I had stopped lamenting what I could not buy, it wouldn't have changed what was under the tree, but it would have changed my heart. If I could have shaken the envy, I would have had some peace.

I was never going to manifest stacks of gifts. But I could have manifested some joy.

So how do you survive this time and thrive?

Just breathe. You may not be able to cultivate an “attitude of gratitude.” That's fine. Stop beating yourself up about it. You can't always be grateful, but you can breathe.

If you like this article, please share it! Your clicks keep us alive!
Tags
Christmas
Gifts
family
poor
poverty
giving
gratitude