How I Used Stephen King To Silence My Inner Critic 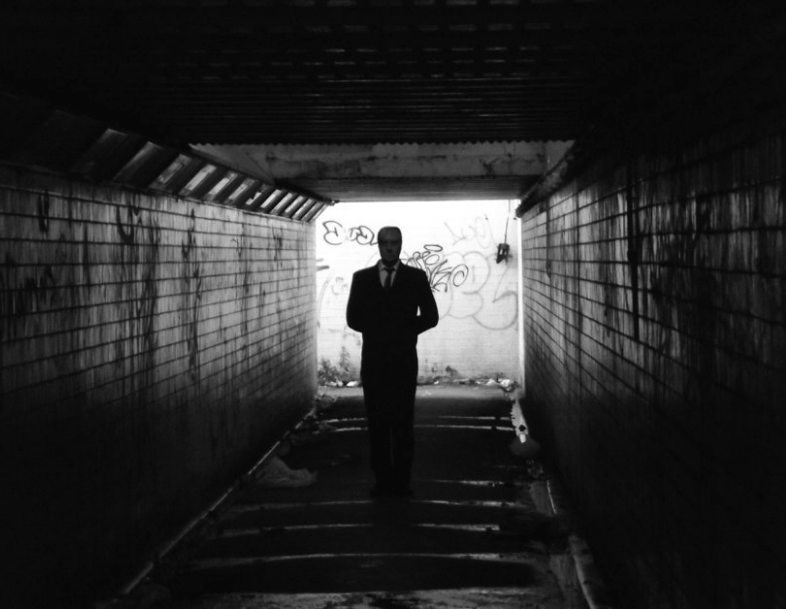 Everyone has their inner critic, the voice in your head that whispers all manner of terrible things:

You look fat in that outfit.

No one will ever love you.

What makes you think you could get that job?

You’re not worth a damn thing.

You know the pitch and tenor of the voice well, because it lives inside you. You can’t run from your own mind. You can’t hide from the parasitic words that erupt out of it.

But you can fight it.

For most of my life, I thought my voice was an extension of me: a more truthful me who valued tough love over white lies. I believed that if I could embrace a more peaceful existence, the voice would soften, too. In this spirit, I took up yoga, meditation, healthier eating and sleeping habits, started therapy, started psychiatry — and still the voice refused to yield.

I was still an incompetent writer, incapable of landing high-paying, well-respected clients. I was still a crazy person, burdening everyone I loved with my mood swings and inability to function. I was still the spendthrift without an emergency fund or savings account. I was still the co-dependent girl with three engagements, one failed marriage, and a past wrought with infidelity.

I know because my voice reminded me every day.

The more I listened to it, though, the easier it was to see that the voice was not mine. Yes, it belonged to me, lived in me, plagued and pestered me in ways tailored to my specific insecurities and fears — but it was not any version of myself that I would recognize.

If you read much of Stephen King, you know that the supernatural elements of his fiction, the horrific elements of his stories, are a device to illuminate the true nature of humanity: our highs and our lows. If my true self is the height of this King novel, the voice in my head is the demonic low.

Words I would use, and that my family and friends would use, to describe “Liz Lazzara” (driven, empathetic, artistic, unique, smart, badass) are not present in this voice. Maybe it’s driven, but only to tear me down, not build me up. Maybe it’s unique, but only because it has fit itself to my mental measurements. Maybe it’s smart, but only insofar as it can find a clever way to hurt me.

No, this voice was not mine. It was other. I began to examine it with curiosity, taking notes as I went:

This was a man’s voice. It could be silky and warm, if he wanted to persuade me of something particularly difficult, but it mainly whipped with ice. His words dug into my shames without remorse, tugging at my desires and tying them to my deepest regrets. They were calculated to make me cry, rage, cower, and cringe. As he watched me react, there’d be either a hint of a smile, or a wide, toothy grin — whichever would paint a coat of shellac over the pain.

He was a tall man and he carried shadows with him. His body was imposing without being large, a man of angles but no breadth. Both his eyes and touch were cold, but his skin was pale and his irises dark, the color of ocean miles away from shore.

Only I would notice these things. To anyone else, he would be another lanky man with the gift of speech. They’d see the smoothness of his lips instead of the yellow of his teeth, marvel at his pianist’s fingers instead of his long, sharp nails. He is my haunter, after all, not theirs.

The last thing I noted was his name: Mr. Leland Gaunt.

If you’ve read Stephen King’s Needful Things, you’ll know that’s not a name of my own devising. I borrowed it because the description seemed apt:

The tall man’s grip was strong and sure, but not painful. All the same, there was something unpleasant about it. Something... smooth. Too hard, somehow.

Those dark blue eyes fastened on his face like hooded railroad lanterns.

…the fingers were extremely narrow and extremely long…

You can see why I named my voice after such a man. If you read beyond the first twenty-four pages, you learn that Mr. Gaunt offers people knick-knacks and eccentricities from his store in exchange for ‘favors,’ seemingly small actions that build to cause chaos within a small town. That’s exactly what my voice aims to do: cause chaos in the village of my body.

If you read much of Stephen King, you know that the supernatural elements of his fiction, the horrific elements of his stories, are a device to illuminate the true nature of humanity: our highs and our lows. If my true self is the height of this King novel, the voice in my head is the demonic low.

However, by making my voice into Leland Gaunt, by making him a character, a person with physical features, a manner of speaking, with motivation for his indecent actions, I can understand him. Even better, I can fight him.

This applies to flesh and blood people, but it also applies to the critics that live within us, and this is how we fight:

1. Hold tight to your sense of worth, no matter what people say or do. Making a life out of hurting others reflects nothing more than inner agony, and those in pain deserve pity, not fear. My Mr. Gaunt feeds on fear. He starves on pity.

2. No matter how many parts of me Mr. Gaunt seeks to destroy, they can be rebuilt. If something specific cannot be remade, I can always create more of what brings me joy and fulfillment. There are more pathways to joy than there are to hatred.

3. Most importantly, if you cannot reason with someone, ignore what they say. Gaunt’s words aren’t based in logic or morality, so what purpose do they serve in my life?

Now, when Leland talks, I hear static more than insults or words. I know what he’s after and how to withhold it. Non-reactivity is a difficult practice. I cannot always tune out his verbal blows. But seeing his shape, knowing his name, remembering his ‘reasoning’— these are my weapons. And I keep them sharp.

If you like this article, please share it! Your clicks keep us alive!
Tags
critic
critical
self-care
self-esteem
low self-esteem