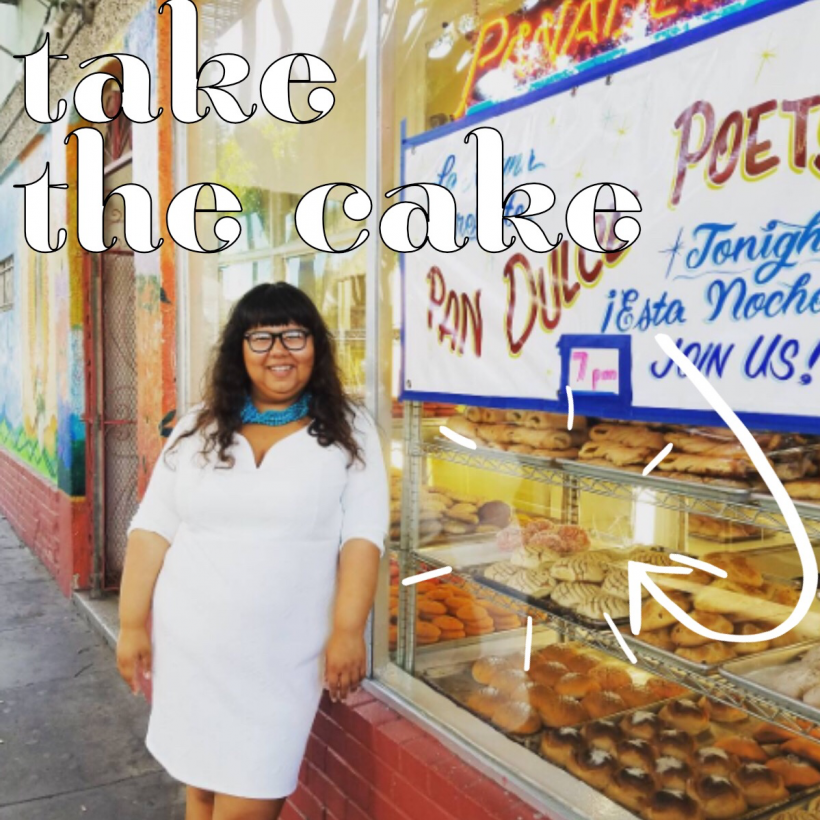 This week I have been thinking a lot about home, and how home shapes the way we feel about our bodies.

I grew up in a working-class/lower-middle-class suburb that’s around 20 miles from where I live today. I lived in a multigenerational household where four adults — my grandma, mom, grandpa, and aunt — collectively raised me. Most of the kids I shared my childhood with were also children of immigrants from Central America and East and South Asia. Everyone spoke a second language, and we all ate lunches at school that were far from PB&Js.

Home was hard because everyone was super traumatized. My grandfather was the primary breadwinner, and he had a ton of unresolved trauma from his own childhood of violent poverty in Mexico. My grandmother lost her mom when she was 9, was taken out of primary school, and was forced into domestic servitude for her older sister.

My mom was clearly pretty ambivalent about motherhood, having had me mostly as a gesture of self-sacrifice, in hopes that a new baby would make the family happier. We were all fat, and each of us engaged with our bodies in slightly different ways. But I would say I didn’t learn fatphobia at home.

Then I moved to San Francisco, where it feels “complicated” (at best, girl) being Mexican and fat, but where my artistic, bohemian, radical, intellectual, mermaid yearnings had space to germinate like never before.

Now I live in an apartment at the western edge of the city, where the Pacific Ocean meets Golden Gate Park. I have lived here for 10 years.

When I moved here, my neighborhood was comprised almost entirely of three groups — multigenerational Irish families, Chinese immigrants, and poorer university students. It was a slightly seedy and kind of rundown part of town. Now it is an enclave filled with the kind of coffee shops that This American Life reports on and a restaurant that Michael Kors lunches at.

It feels weird that I can feel so estranged from the people around me, and so connected to the city itself.

SF is a hotspot for the new wave of tech money, and because the performance of fitness is part of the performance of wealth, SF is a city that has a mega-crush on athleticism. Marathons — which are essentially public displays of corporeal conformity that people pay to be a part of — always seem to be blocking my street and preventing me from enjoying the totally free nature that is part of my mental wellness.

When I first moved here, I took it for granted that living in a big city would mean indifferent neighbors, and so when the people I passed on the streets didn’t speak to or smile at me I figured it was just “city life.”

When I started dating a thin white dude it became evident that I had been mistaken. Complete strangers found reasons to talk to him all the time.

I remember once I was sitting on my bed, working on my laptop, while he smoked on the landing right outside my bedroom. A group of people stopped and struck up a conversation with him from the street below. One of them asked what kind of cigarettes he liked, and then asked if he had beer preferences.

I sat there in heart-broken disbelief. It became clear to me in that moment that my boyfriend had the kind of body that people wanted to imagine in their social circle, in their world, in their future. And I didn’t.

It feels weird that I can feel so estranged from the people around me, and so connected to the city itself. I go to the beach for clarity and the park for inspiration. I visit the library almost every week.

I love finding new panaderias, boba spots, un-renovated diners with just a counter and some stools, and hidden staircases, and watching the fog clear from the Golden Gate Bridge. I like the graffiti on the streets, the amazing coffee, the Victorian and Art-Deco-inspired architecture.

Nowadays, I live with one of my best friends. Just this week, we had a heart-to-heart, and she told me she was thinking of leaving the city because she was tired of living in a place where the Brown and Black population are being driven out with enthusiastic rapidity. The last time I read about this phenomenon in SFGate, the article stated that the Black population of San Francisco went from 13.4 percent in 1970 to 6.5 in 2005 — and it has only continued to shrink since then.

Like me, I know she too feels that her body is treated with a combination of sexual fetishization, invisibilization, colonialist curiosity, and hostility. But this is where we live, where we share meals, fashion tips, nail polish, and life advice.

Like the relationship to my body, the way I feel about San Francisco has changed because I have had to accept that my version of the city isn’t everyone else’s version of it. San Francisco reminds me that fatphobia lurks among the liberal-minded coastal-dwellers who imagine themselves as culture-makers and vanguards.

I can’t say I have come to peace with this, or that I don’t find others’ bigotry hurtful, but I can say that for as long as I live here, you’ll be able to find me in tight neon dresses — sipping lattes, reading books, walking barefoot around the beach, and making myself at home.