Your Body Positivity Needs To Include More Than Just You. 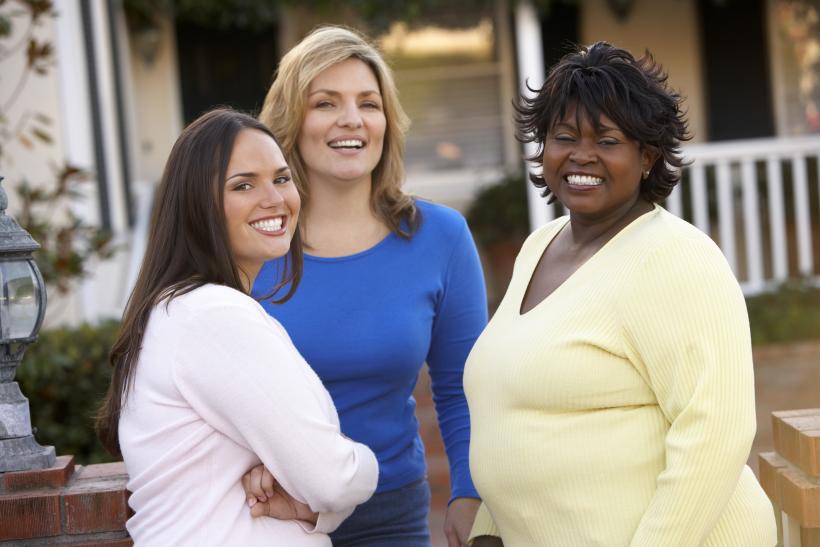 "The body positive movement strives to put forth one idea: that all body types are valid, regardless of their shape, size, or disability." Image: Thinkstock

Rebellion is an interesting and complicated thing. When we’re finally old and aware enough to realize that we’re a part of a problematic system (be it gender, race, sexuality, etc.) we often find ourselves inspired to resist it. The more we learn about the flaws in the world around us, the more we’re motivated to push back against those systems.

We decide that there’s strength in being ourselves, in being outside what’s considered “the norm” — and while that’s true, rebellion is more complicated than being the opposite of what society expects from you.

Your body positivity needs to include more than just you.

What do I mean by that? Excellent question, No One In Particular.

Anyone growing up surrounded by modern media has a pretty clear idea of our current standards of beauty for women: thin, with clear, unblemished skin, and features considered “conventionally attractive” (according to a racist and Eurocentric standard). Women are often encouraged to have hips and large breasts and a big butt — but they must completely lack any sort of cellulite (thanks, photo retouching.)

Given that description, it’s pretty easy to see why people would want to rebel against that ideal — it’s unattainable, and even for those who manage to reach something close to it, it’s often unsustainable.

However, in rebelling against the oppressive system, we run into situations where people denigrate others who happen to more closely fit the description of what we recognize as the ideal.

This is when we encounter the “fuck skinny bitches” mentality: the prevalence, on social media and in real life, of people claiming that “real women have curves” is an act of body positivity — when, in reality, it does as much harm as it does good.

Now, allow me to preface this by saying that I totally understand that thin, “conventionally attractive” women have privilege over fat women in our society. That’s a simple fact, and it’s important to remember. While I believe the “fuck skinny bitches” mentality is problematic, given the way we treat women who don’t fit into that ideal, it’s totally understandable why they want to assert their independence and refuse to be defined by these standards.

That being said, it’s still a problematic viewpoint to have.

To those living with various forms of dysmorphia, your claim that “real women have curves” is not a declaration of your refusal to adhere to societal norms — instead it is another reinforcement of the idea that they aren’t “good enough” or aren’t “the right kind of pretty.”

For them, your “rebellion” is just oppression wearing a different skin.

However, let’s say we ignore all that. Let’s say we completely remove those living with eating disorders from the equation. Even in that context, the “real women have curves” mentality is not as rebellious as it is dangerous.

The point of our current “standard of beauty” in mainstream society is to draw clearly defined boundaries around what’s “attractive.” Our system is focused on drawing lines in the sand on what’s “acceptable” to present to the public — be it in magazines, on billboards, or on television.

In your attempts to rebel against that, you may find yourself yelling “real women have curves” because you’ve felt forced to be invisible, without any sort of representation, for most of your life. You yell “fuck skinny bitches” because you demand to be seen for the first time without apologizing for how you look.

Yet when you do that, all you do is draw another line around what’s acceptable. All you do is change the kind of person that’s idealized.

The real rebellion comes in understanding that there don’t need to be any lines at all.

When societal norms try and say “these body types are valid” and subsets of people try and fight back by saying “no, these other body types are valid,” the body positive movement is the calming, motherly voice that steps in to say “you can both be right.”

The body positive movement strives to put forth one idea: that all body types are valid, regardless of their shape, size, or disability.

There are no clearly defined lines around “what’s acceptable,” because no body types are invalid. To try to establish a “beauty standard” is counterintuitive to what it truly means to be human.

Our uniqueness, the things that make us different from one another, the unpredictability of how we come into this world and what we will be as we continue to grow and be forged by it — that is the essence of being a person, and that is one of the most beautiful things about us.

Your body is beautiful because it’s you.

If you like this article, please share it! Your clicks keep us alive!
Tags
Body Positive
Body love
acceptance
activism