5 Things Friday: Sage (And Occasionally Odd) Advice From My Father 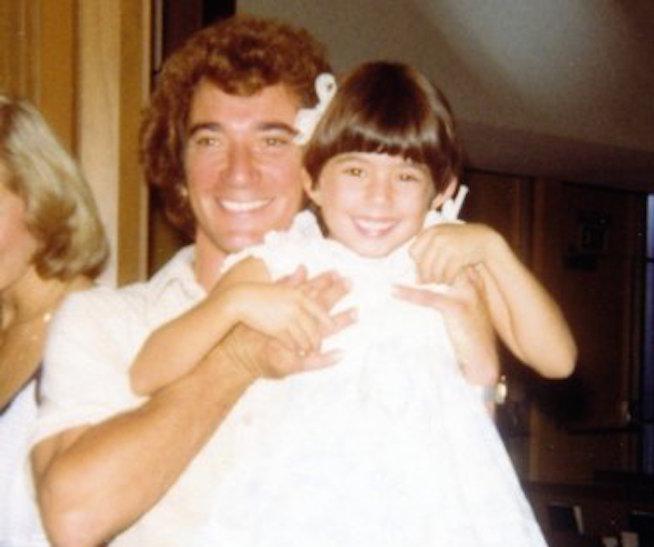 Before my dad walked me down the aisle, he whispered, "If you want to run, I'll run with you." I didn't run, but he knew I was making a mistake — too young to get married, trying too hard to create the family I never had.

You know that whole “daddy’s girl” thing? That’s me. That's me, like cake is delicious. That’s me, like Rachel Dolezal is white. My dad was gone a lot when I was little (living across the whole country and whatnot), but that didn’t stop me from idolizing him. I spent hours sprawled on my bed, sobbing, playing Barry Manilow's "Somewhere Down The Road" like a mournful teenager — only eight instead of 13.

My dad and I have an unconventional relationship, in the best way. I didn't really grow up with him, and he's always sort of treated me like an equal adult. Which makes for some fun — and honest — conversations. The way we talk certainly has influenced how I talk with my own kids, with a frank honesty that says, "You can tell me anything. At all. EVER." For Father's Day, I offer you conversations with my dad:

1. "The feminist movement was bad for women." Not because women aren't equal, but because, when women demanded equality, men didn't pick up the slack. As a result, women were left holding the bag: working, taking care of kids, cleaning, doing all the shit, with none of the recognition. My dad taught me how to flip a fried egg in the air. When we lived together, he did the cooking and the ironing and the washing. There weren't "man" jobs or "woman" jobs; there were just jobs, and he did a lot of them.

He taught me how to be not a man or a woman, just a person. That included teaching me how to iron a collared shirt properly, that taupe is a neutral, that yellow looks better with navy than black, and that your belt should match your shoes. Your guitar will always be there for you, even when the people aren't. Also, Carnation Instant Breakfast is a nutritious supplement if you don't have time for actual food.

2. "I don't care who pumps up the tires, as long as I get to ride the bike." This is a metaphor, obviously — we had our own bike pump. But it pretty much sums up my dad's views on monogamy. Look, but don't touch. I once asked him if he was jealous when his wife (my stepmom) said another man was good-looking. "Nope." And the metaphor was born. Appreciate people from a distance, then take that energy home to your partner.

Also in this category: Show people that you love them. My dad always hugged, kissed, and loved me, and he still does. I missed out on that for a lot of my childhood. We're making up for it now.

3. "Never have sex with a virgin." Which incidentally I did not once, but twice. He told me this one day, while he ironed his yellow dress shirt in the hall of our house. He was debating belt color while I was switching laundry into the dryer, my wet hair wound up in a towel, getting ready for school. He looked up from his ironing and said, frankly, "Hey. Never have sex with a virgin." I was 17, and dating a determined fellow who had chased me relentlessly for two years. I didn't say anything. There was a moment of silence before he sighed and said, "Shit. You already did, didn't you?"

"Maybe. Why?" I said. It turns out his advice was pretty sound. "Any virgin will fall so head over heels for you, they'll never leave you alone."

Yep. He was right. So, so painfully right. Right up to the point that the very same virgin laid behind my car and declared that, if he could not have me, I should just run him over. I didn't run him over, if you're wondering. But I definitely will pass that advice along.

Also, "Don't be a prude." Be a generous lover and ask for the same. (I realize this may seem like odd advice from your father. But not from mine.)

4. "Women don't need men. You have two arms and legs, and you're smart as hell. Figure it out." I remember this every time I do something either A. important or B. annoying. Many years ago I was complaining to my dad that my (now ex) husband wouldn't mow the lawn. "So what?" he said. I whined something about it being "his job" or some other bullshit and my dad told me to shut up and start the mower. And I did.

And then I mowed the lawn for years, remodeled the bathroom, painted, and did every other "man" job that I wanted done. I take that with me everywhere. "You can handle it," is the most valuable thing my dad ever taught me. He bought me a car when I turned 16, but he wouldn't let me drive it until I could demonstrate 1. an oil change, 2. spark-plug and rotor replacement, and 3. tire rotation. It was that advice that helped a tiny Chinese man with a flat on the side of I-80, in Sacramento, in the heat of August 1992. (I bet he didn't expect an 18-year-old girl to change his flat.) Thanks Dad.

5. "Take care of your family. You'll have your time later." This probably sounds solidly anti-feminist, but when I was 24, I needed to hear it. I had my first baby when I was 20. Prior to that, I married at 18 and dropped out of college to help raise my sister and start my own family. Before my dad walked me down the aisle, he whispered, "If you want to run, I'll run with you." I didn't run, but in his mind I was making a mistake — I was too young to get married, and trying too hard to create the family I never had. He walked me down that aisle, gave me away, and smiled, even when it hurt him so deeply to watch me throw away my dreams of a career.

And years later, when baby number two had come along and I wished for that career, he told me, "Your kids need you. Your life isn't over. Someday they won't need you like they need you now. It's OK to devote your life to them today. You'll have time later." I don't even know how much I appreciated that then, but now looking back, I write this with tears. He was so right. About that. About all of it. Raising my five children has been the most important work I'll ever do. He knew.

Five years ago, my sons gave me away at my second wedding. This time instead of walking me down the aisle, my dad sang me down it. James Taylor though, not Barry Manilow.

Happy Father's Day. I sure love you, Dad. 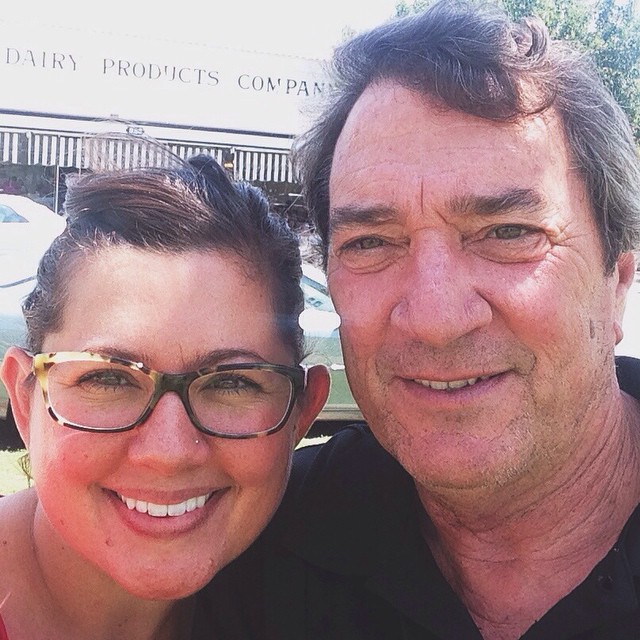 If you like this article, please share it! Your clicks keep us alive!
Tags
Dad
father's day
advice
fathers