Abortion Is Part Of The Animal Kingdom, Not Unique To Humanity 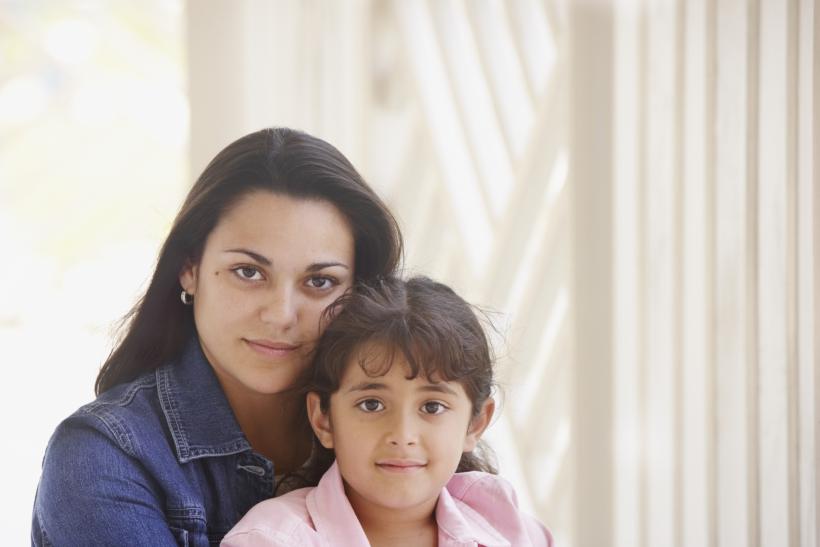 When [people] choose abortion, they are choosing to invest in their own future or the children they already have. Image: Thinkstock.

What do whales, caribou and humans have in common? Abortion as an adaptive response to resource scarcity.

Spontaneous abortion, also known as miscarriage, is an ordinary yet important part of normal reproduction; one of several ways nature promotes healthy babies who grow up to have babies of their own. But among the caribou of northern Alberta, Canada and the orcas of the Pacific Northwest, abortion has become alarmingly common. 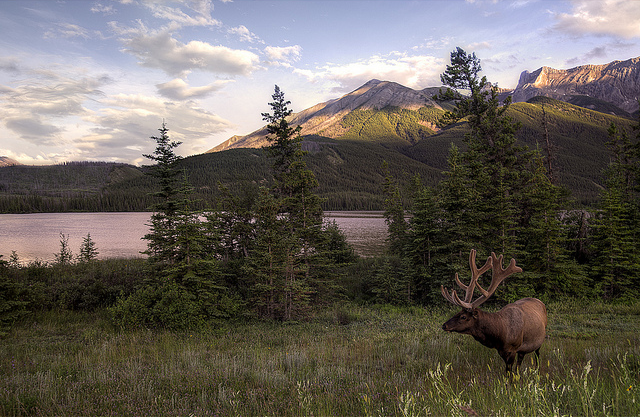 In the quest for tar sands oil, humans have altered the nutritional balance of pregnant caribou. Grazers and browsers may think of boreal trees, shrubs and leafy plants as food, but extraction companies think of them as “overburden,” meaning inconvenient stuff that lies between their powerful machines and the gooey tar sands that feed fossil fuel prosperity. The most efficient way to get at the tar is to strip away the boreal forests and meadows, and that’s what they are doing, across an area that, unchecked, will reach the size of Florida.

Most Canadians don’t like Alberta looking like Mordor, so the oil companies are required to recontour and “reclaim” at least part of the land that has been scraped bare. But a bulldozer and a planting crew can’t put back the intricate, ecosystem — the including slow-growing lichens pregnant caribou rely on for winter calories. To get a sense of the difference, imagine replacing a masterpiece landscape painted by Turner or Bierstadt with something painted by your average two-year-old. Even where the surface isn’t being stripped away, caribou are so vigilant and fearful of people that they avoid human activity, even at the cost of hunger or malnutrition.

Lichens are high in glucose and are the primary fuel that nourishes the caribou fetus. When a pregnant caribou can’t get enough lichens, her body tries to reject the project of baby formation to wait for better times. If she’s still around and fertile, she’ll start over in the fall.

We know about the high rate of reproductive problems among Alberta caribou thanks to a research program that sends trained scat detection dogs and human handlers out into Arctic conditions to find caribou poop. The dogs locate the poop, even under meters of snow, and the handlers package it for analysis at the University of Washington’s Center for Conservation Biology. Laboratory analysis of the scat reveals, among other things, pregnancy hormones and nutritional deficiency — and then, later in the spring, no pregnancy and no babies. 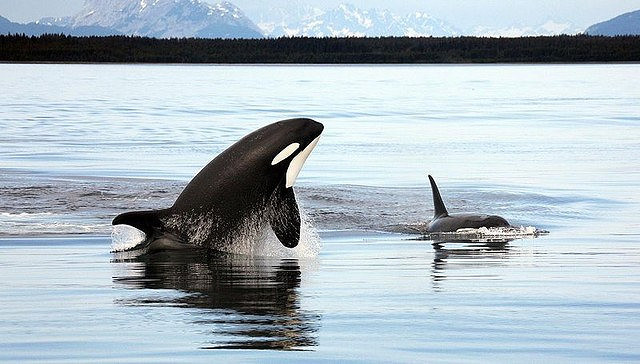 Off the coast of Washington, the same dogs and handlers ride in small boats, and the dogs point out orca poop that remains on the surface for about 30 minutes before sinking. As with caribou poop, the goo is packaged for laboratory analysis, and here again, the analysis reveals a pattern of pregnancy cut short.

According to Samuel Wasser, the biologist behind the Conservation Canine program, orcas are aborting 60 percent of their pregnancies — over 40 percent of those in the last few months of their 18-month gestation. Why? Because we humans are eating — and otherwise depleting — the salmon that orcas rely on to feed their young. With no adequate source of calories, a female orca’s body starts breaking down her own fat to feed her fetus. But that fat contains high levels of PCBs, a neurotoxic endocrine disrupter that is now banned but persists in the orca food chain. The cumulative effects slowly starve and poison the growing fetus until the mother’s body finally aborts a pregnancy now gone horribly wrong. Sometimes, when she aborts too late, she can’t fully expel the fetus, and the infection kills the mother too.

Humans also have these natural mechanisms that cause them to spontaneously abort when things go awry. But what most mammals accomplish through instinct or automatic biological processes, we humans may accomplish via conscious decision: pick a mate, figure out how to earn a living, time a pregnancy, or end a pregnancy when conditions are wrong. Yes, we too have spontaneous abortions that stack the odds in favor of healthy children. (The wisdom built into a woman’s body rejects most fertilized eggs before anyone knows they existed.) [Editor’s Note: Ravishly knows that not everybody who's able to be pregnant is a woman and that not all women, trans or cis, are able to get pregnant either. But that’s a whole other article entirely, and we don’t own this one!] But in determining whether to carry forward a pregnancy, we — unlike our caribou and orca relatives — can supplement biology and instinct with conscious reasoning. And we do.

The necessary conditions for a thriving child who grows into a thriving adult are so complex that any couple who wants to give their kids the best shot in life must also weigh factors that can be assessed only by the conscious mind. Human children need two decades of persistent loving nurture — seasons and years of attentive care, play and instruction. Raising a human child requires not only a woman’s body but also psyche and skill and parenting partnership and community support.

Prospective human parents often have a pretty accurate sense of their own limits. They can — at least sometimes, at least partly — look to the future and forecast that crucial resources will be in short supply. And they want to live deeply and well, and they want the same for their children. For the sake of prudence or aspiration or loyalty or responsibility or love, they may choose consciously to postpone or terminate a pregnancy.

Most women who choose abortion are already mothers and know quite well what kind of time and attention a child needs and deserves. Women cite emotional and financial resource scarcity as common reasons for choosing abortion. When they choose abortion, they are choosing to invest in their own future or the children they already have.

No decision process is perfect, but the wisdom of women or couples in choosing therapeutic abortion in many ways complements the body’s own wisdom in choosing spontaneous abortion. A Swedish study in the 1960s found that children born to mothers who sought and were denied abortions were more likely to grow up under adverse conditions and to engage in criminal behavior. In 2001, American economists Steven Levitt and John Donohue analyzed post-Roe data and reported that legalized abortion in the U.S. measurably reduced the crime rate as the next generation came of age. Levitt and Donohue’s findings were fiercely disputed and reanalyzed, and errors were caught, but the effect remained significant, which coincides with similar studies conducted in Canada and Australia.

More recently, researchers at the University of California (UCSF, Bixby Center) found that “turnaways,” meaning women denied abortions, were more likely to be in poverty two years later, compared to their peers who got the abortion services they sought. In other words, they had reason for wanting to wait or limit their family size. The state overruled them at a cost that will be borne foremost by the women themselves, and their children and partners, but also — if social scientists are right — by their communities and society at large.

Would you prefer fewer abortions? I would, even though I am pro-abortion and not just pro-choice. (Why mitigate harm if you can prevent it?) One obvious solution is to give people the means both to prevent unwanted pregnancy and time the pregnancies they do want. Universal access to state-of-the-art contraceptives that are 20 times as effective as the Pill could make most abortion a thing of the past.

The other equally obvious way to reduce abortion is to address the resource scarcities that lead a prospective mother, whether she is a caribou, an orca or a human, to abort a pregnancy and wait for better conditions. Caribou abortions, orca abortions and human abortions are driven in large part by greed and inequality — by the most powerful members of the most powerful species taking what they can and leaving prospective mothers with no path to sufficiency. That means you. And me.

Abortion isn’t the problem; it’s an adaptive response to an adverse situation. And if we think it’s happening painfully often either in humans or any other species, we need to look at our role in creating adversity.