Ask Erin: Is It A Bad Idea To Get Romantically Involved With My Friend’s Dad? 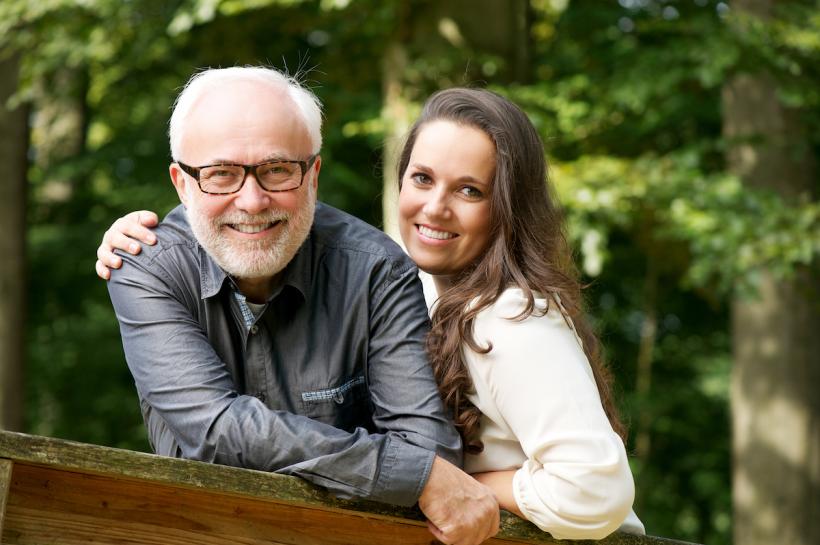 "I feel an intellectual connection with him and he appreciates me for me. He doesn’t seem like a game player like most of the guys my age."

She’s made all the mistakes, so you don’t have to… Ask Erin is a weekly advice column, in which Erin answers your burning questions about anything at all

I’m 23 years old. I’ve been in and out of bad relationships for about three years. Lately, I sort of cleaned house and got rid of the men in my life that have caused me heartache. Instead, I’ve been spending time with my surrogate family, the family of a good friend. I am very close to the whole family. The problem is I am attracted to and keep flirting with my friend’s 44-year-old father.

He is in the middle of a divorce from his wife of 23 years. She left him for another woman. I am seven months into being single. I’ve been close with this family for about eight years and it was a complete shock when his wife came out and left him.

Recently, we have been flirting with each other. I’ve been thinking about him ALL THE TIME and I feel like I am falling in love!! I’m not sure what any of this means though. I know it’s a mutual attraction — we hang out, go to bars together, spend a lot of time chatting. I feel an intellectual connection with him and he appreciates me for me. He doesn’t seem like a game player like most of the guys my age.

I notice that both of us back off the flirtation around mutual friends and family. My friend doesn’t know how close we’ve become. Also, I think it’s tricky because his divorce is not yet set in stone.

However, I can’t help but see how this intense emotion and attraction is going to land us in the bedroom. I mean, is this just attraction? Part of me thinks this is about lust. But part of me thinks we could have a real relationship at some point.

I’m confused. Should I proceed? Is this flirtation dangerous or unhealthy? Help!

When I was nineteen, I had a brief affair with a married 40-something-year-old. And I get it — I get what it’s like to feel the difference in a man who has the experience and education and confidence that comes with age.

He made me feel smart and heard and wanted.

But, I ended things because it felt wrong. It felt bad to participate in that sort of deceit with someone. And, I know you’re feeling conflicted about this too, or you wouldn’t have written to me.

Let’s look at this situation objectively.

This man may be a bit out of his head at the moment. His wife of 23 years has left him, and while I don’t know the ins and outs of their marriage, that is a HUGE loss. Of course he’s going to find comfort in someone who, mainly because of age and lack of experience, feels safe, feels less emotionally dangerous.

Conversely, you crave the stability that an older man, a father figure, represents. He seems to be stable, he seems to be grounded in a way that few people in their early 20s can be.

But, looks can be deceiving. This situation is problematic on multiple levels: He is in the middle of a crisis, you are on the heels of bad decision-making when it comes to men, he is a father figure to you, and he is your friend’s dad.

To get to the point — Don’t proceed. I think this situation is a disaster waiting to happen, for all parties.

Relationships with an age gap of this size, while not impossible, can be problematic. When you add in all of the other dynamics present here, you are setting yourself up for more heartache. You mentioned in the beginning of your email that you had been in and out of bad relationships for the past three years.

My suggestion is that you spend less time with your surrogate family, and around this man, and more time working on yourself, preferably with a good therapist.

Doing that work now will save you years of picking unhealthy romantic partners. Trust me when I say that it will be so much easier to extricate yourself from this now, rather than after you’ve added sex to the mix.

I promise you, when you look back on this years from now, you will be so grateful that you stepped away.

If you have a question for me about love, marriage, parenting, sex, friendship, peaches, The Great British Bake Off, end of summer reading recommendations, how to beat the heat, or anything at all, email me at rarelywrongerin@gmail.com. As always, your anonymity is golden. xoxo

If you like this article, please share it! Your clicks keep us alive!
Tags
relationship
advice
friend
father figure
family
attraction