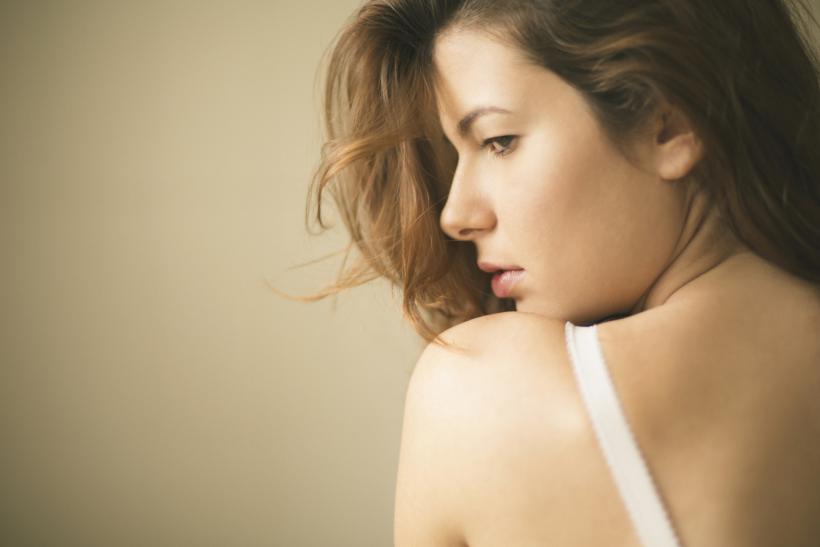 When my body didn’t fit socially-approved styles, cuts, and sizes, the obvious solution was to change my body rather than find clothes that complemented my physique.

What I remember most vividly about this saga are the tears.

My relationship with body is anything but “typical.” So far, I’ve hated my body at every size — and not just because of my size.

Until recently, the only time I can remember people commenting on my body has been to tell me I was too big. My mom routinely told me, “You’re beautiful just the way you are,” but still, there was another story unfolding during those years. This other story slyly beckoned for my attention. It told me, “You’ll be happier and healthier when you’re smaller.” Mostly, this referred to my breasts.

Many people find getting a breast reduction to be the most liberating, best decision they ever make.

But my story isn’t as glamorous.

Before I get too far along, I should acknowledge that there was a period (about three years after my first procedure) when I did feel satisfied with my breasts. During that time, I’d flaunt my “professionally-crafted, perfect breasts” and watch people's jaws drop when I told them I was once a 34 H.

I’d run and flip without having to wear two sports bras. The tugging sensation my shoulders endured for so long was mostly a phantom feeling. I felt lighter and more confident. I wore tank tops!

Due to complications in the recovery process, I had to have a second surgery.

I became convinced that I was subjecting myself to more agony than I bargained for.

I wished I'd never gotten a breast reduction in the first place.

Yes, I’m smaller, but I’m not happier for it.

What I remember most vividly about this saga are the tears. I cried for years. I cried out of fear, disappointment, frustration, anger, and resentment.

The tears began while I was an impressionable, chronically-ill young girl confronted on a daily basis because of all the ways my body failed to match up to society's expectations.

Clothes just didn’t fit me right. I felt ashamed in a swimsuit, devastated when shopping for prom dresses, and sad when I “couldn’t” wear something because of my breast size. When my body didn’t fit socially-approved styles, cuts, and sizes, the obvious solution was to change my body rather than find clothes that complemented my physique — damn capitalism. I was lured into breast reduction surgery by the prospect of buying a lime-green lace bra and a coveted one-size-fits-all dress.

And so, here’s my story— not one but two breast reductions later. Yes, I’m smaller, but I’m not happier for it.

Basically, my measurements were plugged into an algorithm that produced a definitive “right” or “wrong” for my body’s size.

I had to endure the most mortifying scrutiny to get approved for this surgery.

Since cosmetic surgery is almost always considered an “elective” surgery, unless it’s deemed “medically necessary,” someone else had to confirm that my body didn’t fit certain parameters for my height, weight, activity level, etc.

Basically, my measurements were plugged into an algorithm that produced a definitive “right” or “wrong” for my body’s size.

My breasts were tugged, smooshed, folded, measured, and then photographed. I had to stand against a wall with my breasts exposed, while my doctor took pictures of me and made uncomfortable, inappropriate jokes about the scumbag men who work for the insurance company. I will never look at a measuring tape the same way.

One of the worst parts was the fear. I was fearful that they might declare my surgery “elective.” I feared the stigma of getting a “boob job.” I had heard the chuckles of my friends offering to take some of my boobage since (they said) their breasts were too small.

I spent years growing increasingly more spiteful of my body.

And then there were more tears. I cried until I got to the operating room. A persistent, sickening uncertainty persisted until I was put under — and when I awoke afterward, in the recovery room, it was still screaming in my mind.

The first feeling I remember after my surgery was excruciating pain.

I described it then and now the same way: It felt like someone ran full-speed and slammed a telephone pole into my chest. I couldn’t breathe because my chest actually felt heavier! So, naturally, there were still more tears.

Recovery was messy and mortifying. My breasts were purple, yellow, bruised, oozing, and incredibly painful. I couldn’t change the bandages on my own. And, let me tell you, nothing is the same once your mother cares for you and your wounded breasts. Nothing.

I couldn’t sleep for months because I was afraid of crushing my breasts. I wouldn’t exercise because it hurt so badly it felt like my boobs were going to bounce and tear right off of my body. I couldn’t wear a single one of the bras I was promised for six months. I couldn’t touch myself. It wouldn’t matter anyway — sensation in my nipples had been lost when they were physically removed and repositioned during surgery.

I spent years growing increasingly more spiteful of my body.

These days, though, my body is really different (and much smaller). I really miss my breasts. I miss their firmness and perkiness. I miss the space they filled in my lime-green lace bra — now there's gaps and the straps constantly slide down my arms.

I don’t even recognize myself now; I’m confident the various ways I’ve mutilated and mistreated my body over the years have been more damaging then helpful.

While surgery may be the right choice for some people, I wish I had listened to my instincts from the start.

It’s also been fat, skinny, deprived of nutrition, greedy, exhausted, caffeinated, and a whole host of other things. I see, now, how damaging body dissatisfaction can be.

In sum, my relationship with my body is tumultuous and my perception of my body is dangerously distorted.

I don’t think I’m any “better” after having two breast reductions.