Hookup Culture Is Not Inherently A Problem 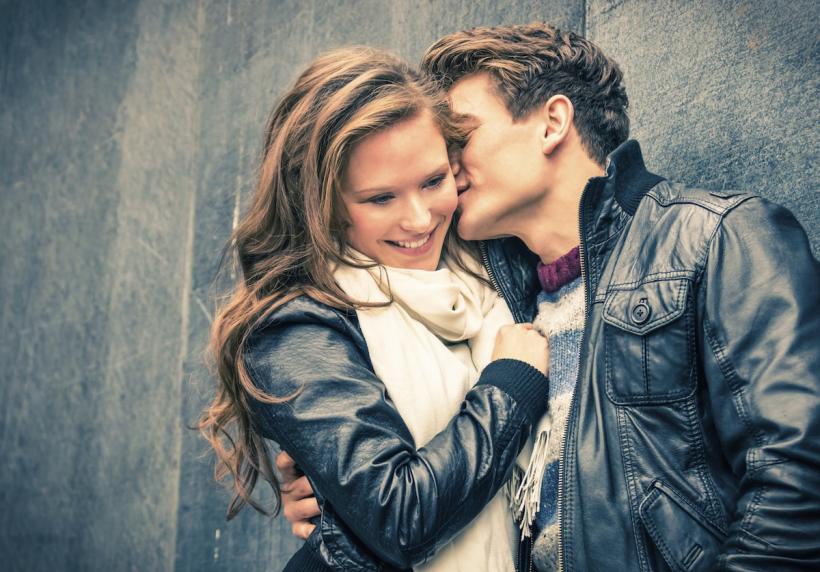 Hookup culture itself is not inherently a problem. It just isn’t for you. Image: Thinkstock.

I’ve never heard anyone say “I used to only want to sleep with people I was emotionally invested in, but Tinder is SO CONVENIENT.”

My Facebook timeline has become a minefield for opinions I never wanted to know people had.

Did you know that a weird beard I went to high school with is now way uncomfortably supportive of guns? Because I know that, now.

A lot of these opinions usually warrant an unfollow, maybe an unfriend if it’s really egregious. But there’s one sort of post I see often, one I’m still unsure how to react to:

Ugh, I swear it’s so impossible to find someone who wants something real because of this “hookup culture” we live in. Tinder has made it so easy that nobody wants to put in the effort anymore.

This kind of thing bothers me, and not in the juvenile I’m a nice guy who gets overlooked kind of way.

It bothers me because “hookup culture” is not a problem.

Now, don’t get me wrong, it has a LOT of problems — particularly with its treatment of women. I guarantee you any single woman you know can screenshot and send you an example of a dude on Tinder calling her an ugly pig when she declined his invitation to do the four-legged foxtrot.

What I’m saying is that “hookup culture” itself is not inherently a problem. It just isn’t for you.

Nobody’s treating their sexuality like impulse-buying a candy bar by the checkout counter at a fucking grocery store, so stop treating them like it.

Love is a lot like music. It has a deep and personal effect on everyone’s lives. And if love is like music, let’s say that hookup culture is Mumford & Sons.

I fucking hate Mumford & Sons. I can’t stand their ridiculous wailing and I think all their songs sound the same. I hate how, in all their music videos, they’re dressed like a bunch of Newsies from the early 1900’s.

(Don’t worry, this is going somewhere.)

However, if I were to say to you, “Mumford & Sons is ruining all of music,” you’d obviously reply with “What are you talking about, you wackobasket? Just don’t listen to Mumford & Sons and you’re fine.”

Sounds a bit ridiculous, doesn’t it?

Those who disparage hookup culture often claim that it has “ruined” romance because “everyone's just interested in having sex now that it’s so easy.” They believe that the prevalence of dating apps like Tinder has made it so suddenly everyone’s interested in sex and only sex.

This is a ridiculous assumption for so many reasons.

First of all, people have been interested in fucking for a long time. Tinder's convenience hasn't “converted” anyone into suddenly only wanting one-night stands. I’ve never heard anyone say “I used to only want to sleep with people I was emotionally invested in, but Tinder is SO CONVENIENT.”

Nobody’s treating their sexuality like impulse-buying a candy bar by the checkout counter at a fucking grocery store, so stop treating them like they do.

If your partner was unfaithful, they weren’t “corrupted by the darkness that is Tinder,” they were just being a shitty partner.

I hate to be the bearer of bad news, but you are aware that things like cheating and commitment issues existed before the Internet, right? Back then, people just had to be more creative about it, like in that Piña Colada song, where the guy uses a newspaper ad to try to cheat on his wife — only to accidentally match up with her — and they just kind of laugh it off?

(What was up with that? That was pretty fucked up. OK, not the point.)

Regardless of what form they take, cheating and commitment issues stem from people themselves, not the medium through which they communicate.

If your partner was unfaithful, they weren’t corrupted by the darkness that is Tinder — they were just being a shitty partner. If your partner cheated, dating apps aren't to blame here. The fault, rather, lies with your partner’s weak commitment game.

There’s not one right way to have a sexual identity. Shaming others by proclaiming that you “butter the biscuit” in the only moral way is as problematic as it is fucking bonkershits.

The truth? People want what they want. Getting rid of hookup apps wouldn't change that. You’re allowed to be upset if the guy you want to date isn’t interested in a serious relationship, but not having access to things like Tinder won’t change what he wants.

If anything, it’s only made it easier to find out who you will and won’t connect with in that way.

When it comes to sex, everyone has their own level of comfort.

I’m a big fan of one-night stands: They’re low-maintenance, and I’m not in a place right now where dating works for me. One of my closest friends is only interested in having sex with women to whom he’s seriously committed. A woman I know who isn’t interested in sex at all has a loving and meaningful relationship with a wonderful partner.

Sexual identities are as varied and different as the people who have them — they’re all valid, and they can all coexist.

What’s important is that we don’t try and misconstrue one kind of sexual identity as more “morally just” than another. There’s not one right way to have a sexual identity. Shaming others by proclaiming that you “butter the biscuit” in the only moral way is as problematic as it is fucking bonkershits.

There isn’t some inherent morality to sex — it’s simply a thing we choose to do or not do. The meaning lies in ourselves and the people we choose.

Love isn’t something you seek — it’s something that comes to you when the time is right.

The idea that people are only interested in sex isn’t a problem or a “threat” to romance in modern society. We’ve become less ashamed to admit the things we want; we encourage more open and honest communication. We’ve created a culture that doesn’t feel the need to remain trapped in unhappy relationships for the sake of “preserving something” that might not even deserve preservation.

So, to those of you worried that the ease of apps like Bumble and Tinder and the one with coffee and bagels is ruining your chances at true love, calm down.

There’s more than enough love to go around. You’d be surprised how many people are looking for meaningful relationships with people and aren’t afraid to commit. Love isn’t something you seek — it’s something that comes to you when the time is right.

Live your life, keep your heart open, and know that it’ll happen in time.

Or you could always just swipe left.