I Still Love My Abusive Ex-Boyfriend 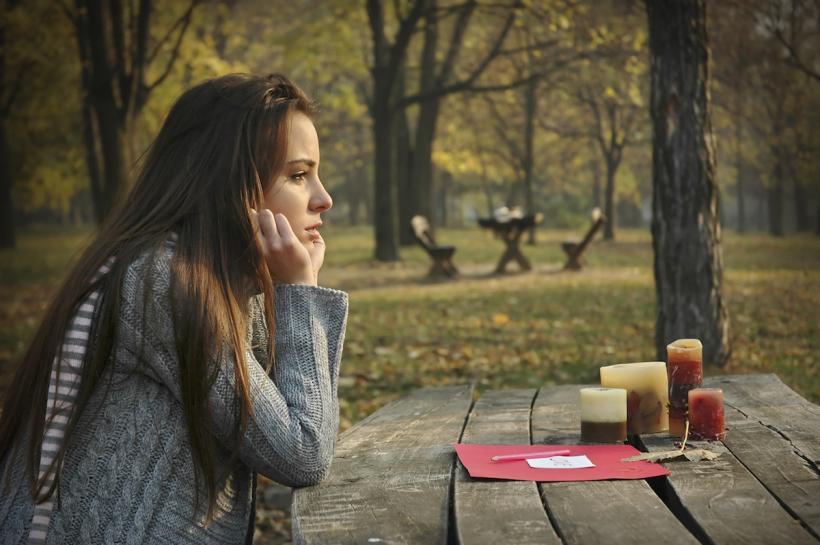 He's a ghost to me. He's left fingerprints all over my body, mind, and soul. Image: Thinkstock.

Losing him — the breakup — was a kind of death. I mourned him as I would any loved one who has passed away.

I miss my abusive ex-boyfriend. I will always love parts of him.

My narrative is one most people don’t want to hear.

Believing he is some kind of “monster” may be more convenient, and more socially acceptable, but I cared for him so deeply that dehumanizing him would mean dehumanizing me. And I can’t live with that.

Nobody wants to hear how parts of me will always be in love with him. I’ve been told to “forget that scumbag.” I’ve been asked by family members, “Why do you still care?”

But I can’t do that, and even if I could, I’m not sure I would want to.

We dated for seven months. I fell in love with him after two. I thought he was my soulmate.

Before him, I had never loved anyone as much. I had never fallen in love with someone so deeply that it simultaneously felt like drowning and breathing so fully that my lungs nearly bloomed out of my chest.

The butterflies in my belly fluttered daily, not even stopping to rest as I slept.

I lost all sense of time, which made the crying unstoppable.

The butterflies were still there when he assaulted me.

It was a gray Sunday afternoon in October. I could smell autumn on his skin.

My boyfriend and I proceeded to smoke weed while sitting on his couch and watching bad TV. I hadn’t smoked in a long time, and had discussed with him previously about needing to feel safe with whomever I was with before doing so again.

I felt safe with him. I trusted him.

We began kissing, slow and long — the kind of kiss that makes your entire body bend into pleasure. Our clothes came off.

He kissed the scar on my back — the one that I refer to as a “pothole” because of its indentation. His eyes were kind, dark, and safe.

He was on top of me and wasn’t wearing a condom. I didn't want him to enter me without one.

“You’re getting too close,” I said, through labored breathing.

“I promise I’m not going to go in,” he responded.

Even in my weed haze, I must have not trusted him — I had my right hand cupping my vulva. At some point, while those butterflies in my belly were fluttering, and those long, slow kisses were hypnotizing, I moved my hand. Still kissing, but still worried.

Breathlessly, I told him, “Don't go in.”

How long had he been inside me? I lost all sense of time, which made the crying unstoppable.

This scared him, and he pulled away.

I was the one who apologized.

He was an addict and wasn’t seeking help.... It doesn’t excuse what he did to me, but I still feel compassion for him.

After this incident, he became more emotionally abusive. He would consistently engage in emotional abuse by gaslighting me and playing one-sided power games and mind games.

We never spoke about the sexual assault; looking back, I’m sure he would never have admitted to it or thought of it as sexual assault.

I miss the man I thought I knew. The man I had fallen so deeply in love with even though he was abusive, sexually assaulted me, cheated on me (which I only found out after the relationship ended), and, as a parting gift, gave me genital herpes.

He was an addict and wasn’t seeking help. After our breakup, I found out he had been snorting cocaine. He had always drunk excessively. It doesn’t excuse what he did to me, but I still feel compassion for him.

This is a narrative that gets little visibility, and when it does it's always in a the victim is glorifying her abuser way, which is unsettling, to say the least. As a three-time survivor of intimate partner violence, I hate what he did to me, but I don't hate the person with whom I fell in love — not even a little bit.

My love for him will always exist. It’s in small, discrete, fragmented pieces in my heart. That love is not just there for him — it’s there for me, too. It’s there for both of us.

I began to make a home in him. But as the poet Warsan Shire writes, “You can't make homes out of human beings.”

Not everyone who has dated an abuser will feel this way, and that’s okay.

But I want to give space and visibility to those of us who survive the abuse and live in a continuing state of seemingly conflicting feelings, trauma, and healing. I want us to be able to be comfortable and own our very valid feelings and emotions surrounding our abusers.

We are still allowed to love the good parts before the abuse. I have to tell myself this, because I'm unable to shake off parts of him.

I miss how he would smile at me, and the kindness and safety I first saw in his eyes. Losing him — the breakup — was a kind of death. I mourned him as I would any loved one who has passed away. He's a ghost to me. He's left fingerprints all over my body, mind, and soul.

I had always thought of myself as independent, as having no desire to be “saved” or “taken care of.” This changed with my ex. I softened. I began to make a home in him.

But as the poet Warsan Shire writes, “You can't make homes out of human beings.”

The loss of that home, that seashell, was painful; but losing it pulled me back to my own.

My heart is too wide and too full to cut him out of it.

I Have Seasonal Affective Disorder — In The Summer
Lachrista Greco