I'm Getting Tested For Bipolar Disorder This Week 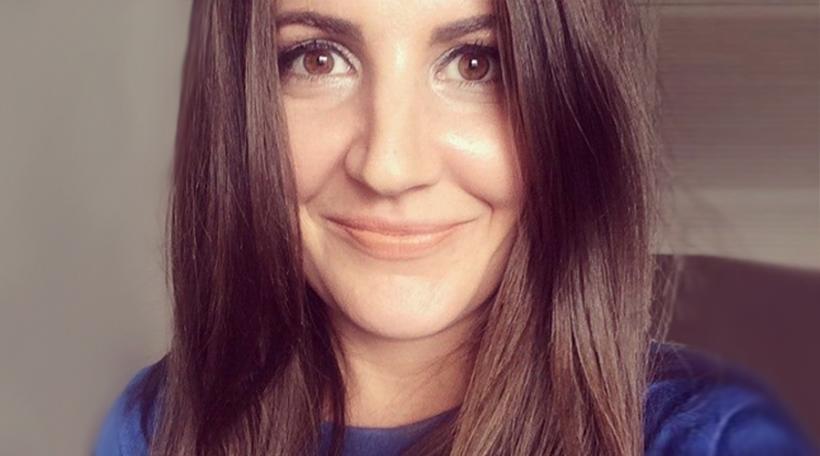 Bipolar disorder is one of the most devastating mental health conditions a person can endure. Image: Nadia Stennett.

“We’re going to have to test you for bipolar.”

The room immediately became thick with tension. I blinked my eyes tightly, attempting to snap myself back into reality, instead finding blotches of light flickering into my vision.

Her words hung in the air like wet paint, slowly trickling over me. I scrambled for some semblance of a response — a sound, anything, but came up empty.

“It’s nothing to worry about, really,” she finally interjected, her measured gaze punctuated by a rehearsed smile.

“We just need to know if it runs in the family.”

And there it was. The sentence so stinging I felt it all at once cauterizing through me like a hot iron and pushing me underwater into the still depths of nothingness.

I’m pretty much an open book when it comes to my life. So much so, a few colleagues cautioned me to pull back when I first plunged feet-first into my career as a writer many years ago. But writing has always been my catharsis, and I’m yet to pen a story that hasn’t resulted in at least one reader reaching out to me to thank me for honestly sharing something they were able to connect with, reinforcing exactly why I do what I do.

However, one area I’ve steered pretty clear of, has been my relationship with my father. Primarily for the fact it’s an area of my life that’s still largely unresolved. Which is in no small part due to the fact that my father is bipolar.

Though the stigma surrounding mental illness has begun to lift in the past decade with celebrities like bipolar sufferer Catherine Zeta Jones speaking out about their experiences with it, the journey to fully understanding it is still really only just beginning. And when my bipolar father was raising a young family in the early 90s, the term ‘bipolar’ had about as much pertinence as the word ‘iPhone’.

It wasn’t until I hit my twenties that I ever remember hearing anyone discuss the topic of mental illness like it was an actual thing you could take yourself to the doctor for. And then, some years later, met my father for the first time as a medicated, functioning person; no longer fighting against an exhausting tidal wave of urges to exact violence and emotional torture on his loved ones, only ever alleviated by the no less urgent need to go days without sleep working on a crackpot project while talking at a frenetic pace that made it impossible to hold a conversation with him.

Bipolar disorder affects roughly 51 million people worldwide each year. The causes are still largely unknown, though it typically emerges in a person’s twenties and is emphasized by erratic, manic behavior, underscored by increased energy, an intensely heightened sense of self-importance, insomnia, fast talking, constant jumping between ideas, aggressive or violent behavior and extreme mood swings. There’s currently no cure for bipolar disorder, though it is treatable and manageable with psychotherapy and medications; most commonly, mood stabilizers like Lithium.

For the brief couple of years I got to know my father after he became medicated, I learnt two things: medication or not, he was an eccentric person by anyone’s definition (though a lot easier to hold a logical conversation with). And more importantly, that bipolar disorder is one of the most devastating mental health conditions a person can endure. So vast was its impact, that it turned my parent into a monster behind closed doors, completely consumed by the intense concoction of confused brain chemicals misfiring at a rate that meant he was rarely able to express an emotion without erratic, inexplicable behavior that often left us wondering if he was possessed. In many ways, as became clear during his medicated years, he had been.

Sadly, after a few attempts at tampering with and skipping his medication, he relapsed even more severely, refused clinical help, became once again violent, and the only safe thing for our family to do was to estrange ourselves from him.

I don’t have any form of communication with my father today, and don’t anticipate I will again. Despite what his illness made our family endure when I was growing up, I don’t hold any resentment towards him. I learnt in my early 20s that hatred and unforgiveness can be just as devastating as a mental health condition if left unmanaged, and have sadly had to watch their debilitating effects play out in the lives of siblings who haven’t yet been able to release their grasp on the past.

But while I’ve considered myself free from the past in many ways as I’ve moved into my thirties, my father’s inner monster — his bipolar disorder — still lurks in the depths of my conscience, as does the terrifying question: will I become my father?

It was a question that rung out loudly in my head as I exited the therapist’s office and stepped into the lift to head home. That question had held me back me from stepping into that very lift for 30 years, and prevented me from closing the book entirely on my past and moving forward with my life.

That night, I called my mom, one of the few people I knew would understand the gravity of that question. Her response was short, but clear.

“You’ve already done the hardest part by going and being willing to return to hear that answer, whatever it may be. There are some people who won’t go back, who can’t be helped, no matter how much we may want them to.”

I knew she was speaking about my father. And I realized then that I didn’t have to live in fear worrying whether or not I’d become him. Because while I can’t change the fact I have my father’s DNA, I can change how I use it. And whatever the answer to that question lingering in my therapist’s office is, I’m ready to hear it now.

If you are experiencing mental health issues, head to mentalhealthamerica.net for resources and advice, or speak to your GP.

Comment below: Have you ever dealt with mental illness personally, or gone through it with a loved one? How did it affect you?

6 Signs Your Partner Is A Manipulative Person
Nadia Bokody

7 Ways To Deal With A Horrible Boss
Nadia Bokody