The Independence Illusion: How Vulnerability Will Improve Your Relationships 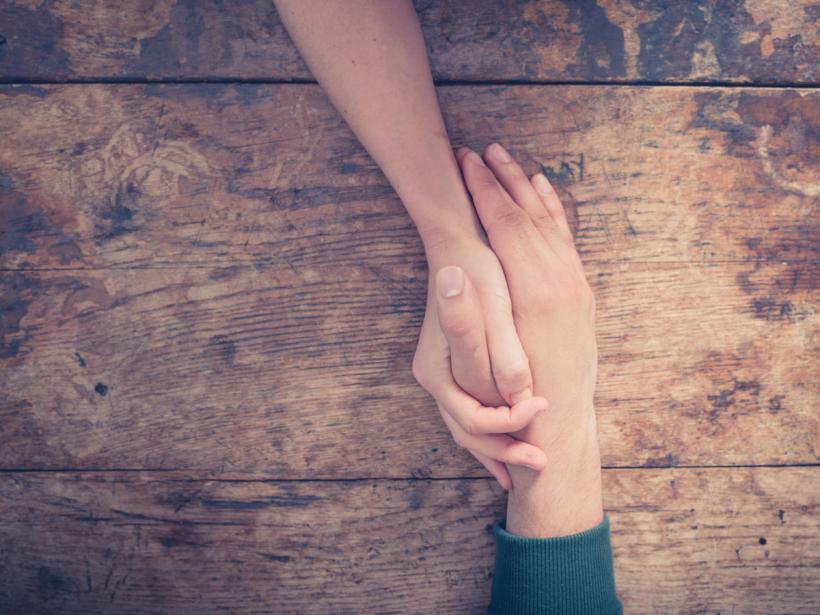 We are hard-wired for love and companionship. Image: Thinkstock.

Turns out “I don’t need you” is a convenient way to look self-assured while avoiding the pain of let-down.

Writing has taught me some valuable lessons: Writer’s block is real. Carpal tunnel hurts like a bitch. Wrist stabilizers can be ordered from Amazon and delivered the same day.

Also, you will think you suck at a lot of things a lot of the time — even when you don't — which is basically the theme of human life.

It has taught me that sometimes you might open yourself up to being called a “disgusting pig,” that people will create fake identities, fake Twitter profiles, fake Facebook accounts, sometimes for the sake of harassment or boredom, but mostly for the sake of assholery.

It has also taught me that being vulnerable, being seen (even lumpy and naked), admitting weakness, asking for help — these acts inspire and edify.

And that inspiration is contagious, in the best possible way.

Have you ever had your heart crushed into a million tiny bloody fragments (or possibly a slightly less dramatic version of that)? Did your parents abuse or abandon you? Did you bust your ass (and give yourself an aural migraine) creating a spreadsheet for your boss who never even acknowledged it? Did your best friend steal your boyfriend or girlfriend, favorite sweater, Naked eyeshadow palette? Did some asshole cheat on you?

Probably, yes — to at least one, if not many of these things.

Did this devastation cause you to cover yourself in armor to create a sense of safety? To be “strong?”

How did that work out for you? Did it prevent further pain, insult, injury, devastation?

You don’t have to answer that, because I know.

It definitely did not. Because life is suffering, and that is real.

The walls you build aren’t going to save you from suffering.

I’m what Meyers-Briggs would call an “I can handle it” person. Work? I can handle it. Everyone else’s work? No problem. Alone? I don’t need anyone else. Mental illness? I’m fine. I’m fine. I am totally fine.

How I became an “I can handle it” person isn’t really clear.

As a child I was frightened; I felt unworthy of love, undeserving. So I shielded myself from pain with “I don’t need anyone/anything.” I felt really powerful in the face of all the other people who saw me “handling it.” Turns out “I don’t need you” is a convenient way to look self-assured while avoiding the pain of let-down.

Except it doesn’t really work.

No matter how guarded you are, there will be pain, loneliness, loss. The walls you build aren’t going to save you from suffering. Even if you close yourself off completely from the universe and the pain it can inflict, it’s still going to inflict it (I mean, unless you go live in the woods, but even then a bear might steal your food). Sorry. Bad news for you. Life is just going to suck ass sometimes.

I didn’t wake up one day and decide that the walls weren’t working. It took time, $180-an-hour therapy (you’re welcome for the trip to India, doc), and a real come-to-[the deity of your choice] moment.

It started with the words “I need you.”

I said those words to my husband, whom I was just 100% sure was going to abandon, cheat, wound, and generally destroy me.

To be clear, he hadn’t given me any indication that he would do any of those things; I had just assumed he would do them all because assuming I would be hurt eventually, and being “strong,” was safer than opening myself up and being wounded.

My therapist told me to read the book Hold Me Tight; he told me that it was OK to need. He made me sob for what I was afraid of, and what I had missed by being “strong” (typical!).

He made me realize I did need, and I needed a lot.

And it was terrifying.

My husband and I say “I need you” a lot. Sometimes he’s mad because my “stuff” is all over the house (mostly yarn). Sometimes I’m mad because his coffee filters full of coffee are on our butcher block counter DRIPPING COFFEE EVERYWHERE, AND IT IS WOOD, YOU GUYS.

But even when I want to throw his all of his blessed coffee paraphernalia out the window, I still need him.

It’s scary to know that “needing” someone might mean that someday they won’t need you, and they’ll leave. It’s scary knowing that “needing” means you have to say “I’m hurting,” I’m fearful,” “I am vulnerable.”

But here’s the stone-cold truth: We live in what I'm calling a “suffer culture.”

Suffer culture makes us believe we have worth when we are in pain or independent, and part of that suffering means believing that you don’t need anyone, that you can handle it all yourself.

But we can’t actually handle it all ourselves. We don’t want to — even if we don’t know we don’t want to. We are built for connection. We are hard-wired for love and companionship. Our brain chemistry begs for people to love and partner with.

We need each other.

And here's another one to blow your mind: Almost all the conflict you experience in your relationships can be traced back to one original source — fear. Because we need each other so deeply, the fear associated with the possibility of loss is blinding. Fear ignites fight-or-flight, the most fundamental of human hormonal reactions, and fight-or-flight is the manifestation of profound fear.

There is little more frightening in your relationship that to believe it might end, that is it somehow threatened.

It takes a lot of work to be able to pause to consider that you are coming from a place of fear. And it takes even more work to be able to slow your thought process, halt that hormone influx, and say to yourself, and your partner, “You know, I am just really afraid. And I need you.“

It’s revolutionary, when you consider the implications of this awareness, when you open yourself to it. When you say “I need you” and you mean it, and you know that need might mean you’ll hurt someday — but in the interim, your relationships become stronger, deeper, better.

When your partner knows you need them, you have given them a sacred responsibility to care for you. You have told them that you don’t want to live without them. You have made them the most important person in your life. You are scared.

You have acknowledged that independence is an illusion.