Michael Moore Thinks Donald Trump Will Win. It Might Be Time To Freak OUT. 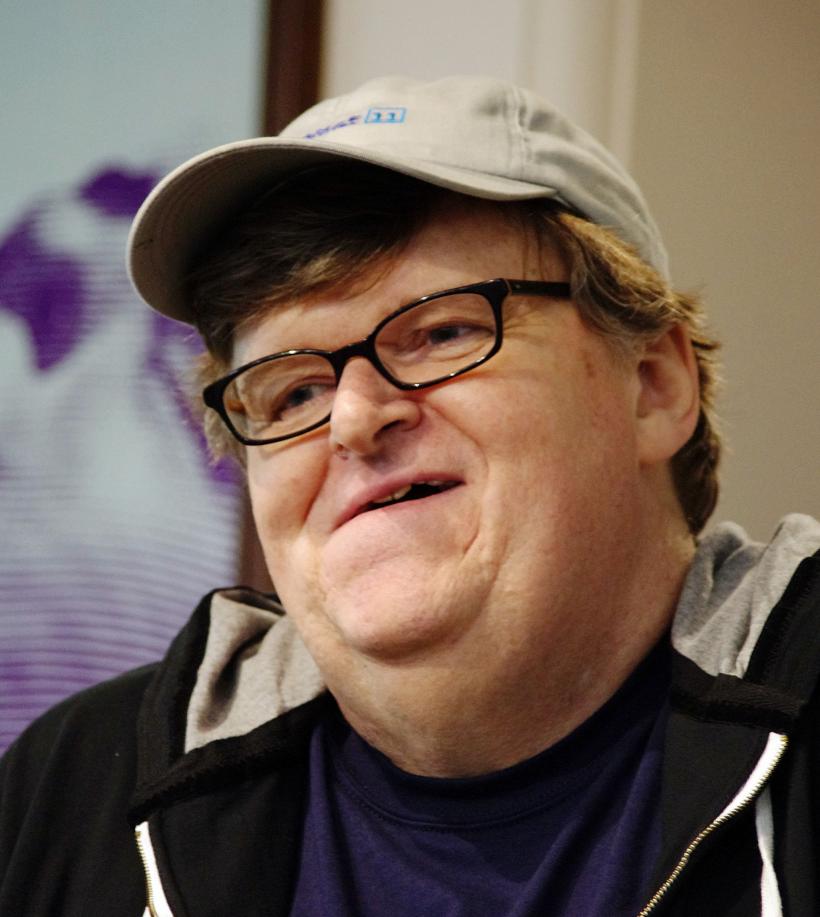 So Michael Moore is known as a provocateur. And there are probably millions hoping that his recent proclamation that Donald Trump is going to win the election is just one of Moore’s stunts.

The liberal filmmaker has expressed deep concern about Trump’s chances before. Appearing July 21 on Bill Maher, Moore exhorted people not to underestimate the billionaire.

Coming from the industrial part of Michigan, Moore said he knew many people who were just fed up with Washington and were planning to vote Trump, though they may not love him all that much.

Yesterday, Moore said that Trump’s victory would be a “giant f*k you” to the “Establishment,” a catch-all term for anyone who works – or seems to even sympathize – with the Washington DC culture of government privilege.

Moore also made the case that Donald Trump’s plainspoken language has an appeal that extends far greater than “elites” care to (or even can) recognize. Moore pointed out that Trump had been willing to threaten automotive executives to their face, promising a 35 percent tariff on imported vehicles if they relocated their factories.

“It was an amazing thing to see. No politician, Republican or Democrat, had ever said anything like that to these executives, and it was music to the ears of people in Michigan and Ohio and Pennsylvania and Wisconsin — the ‘Brexit states.’”

If Moore is right, this is their chance to stick it to the elites, and send them a message like none other. We’re here, we don’t like what you’re doing, and you can’t ignore us anymore.

Even more alarming, Hillary Clinton is DC privilege manifested. She’s a former First Lady, former Senator, former Secretary of State, from an east coast university background. She doesn’t exactly look like someone who “understands” the loss of manufacturing jobs.

But if everyone calmed down for a moment, the polls can tell us something. Unlike Brexit, which was legitimately close before England decided to go solo and leave the EU behind, polls between Clinton and Trump are different.

According to RealClearPolitics, Clinton has an average lead of five points nationally, and she’s leading substantially in seven of the eleven swing states that have the esteemed position of “deciding” the election. (Thanks Electoral College!) Okay, I jest. I actually like the electoral college.

At any rate, there are plenty of indicators Michael Moore is wrong. Maybe he just knows a disproportionate amount of Trump fans because of his roots in Michigan.

Then again, maybe the rest of us just don’t know enough “Real America.” Eeks. I’ve said it once, I’ll say it again: This. Freakin. Election.

If you like this article, please share it! Your clicks keep us alive!
Tags
michael moore
donald trump
Bill Maher
Trump Win