My Abortion Was The Turning Point In My Life 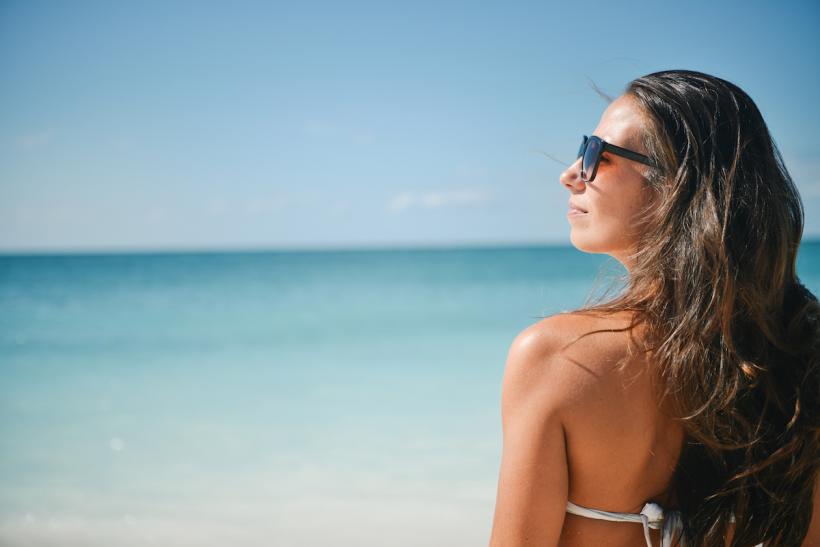 My abortion helped me turn my life around.

Having an abortion was one of the most difficult decisions I’ve ever had to make, but it was the best decision for me, at that time in my life.

In November 2012, I was living the dream — literally. In 2009, I had left my small-town life in the suburbs of Philadelphia to live and work in the resort town of Cancun, Mexico.

It was much like you’d expect it to be: one gigantic party.

Cancun is one of the most notorious spring break destinations in the world. I went there to work spring break season and ended up staying for five years. I hadn’t planned on staying that long, but as soon as I got there, I fell in love with the culture, the people, and the partying.

It wasn’t long before I had found several groups of friends who drank and used like I did, and a boyfriend who could take care of me when I blacked out. After a breakup over Christmas in 2011, I was off to the races with partying. I was drinking and doing cocaine every night, missing work, and enjoying the “benefits” of spring break: free drinks and a lot of wild parties.

I met my now-fiancé Fernando during spring break 2012. He was the DJ at the after-hours club, and I was the drunk girl eyeing him from the across the room with a straw in my mouth. We hit it off right away, becoming good friends, at first. We drank and went out together frequently for about three months before we became romantic.

Once we took our relationship to the next level, drama ensued.

That’s how my relationships were back then, full of arguments, breakups, and toxicity. Fer wasn’t having it and eventually he got me to calm down with my drinking and drug use. He started staying over every night. Eventually, he started paying rent, and I began to feel like I loved this person who had weaseled his way into my heart.

We still drank heavily on the weekends and there were times we were reckless with using protection during sex. I had stopped taking oral birth control when I first met Fer because it was causing my face to develop brownish patches (a condition called melasma).

The time I got pregnant, I knew we had been unsafe. So, the next morning, I took Plan B, purchased from a local pharmacy in Cancun.

But it didn’t work.

In November of 2012, I started to feel unusual. I was extremely tired all the time (even after going to bed obnoxiously early), my boobs hurt, and my period was erratic. It wasn’t until one of my friends became pregnant that it occurred to me that might be the reason I was feeling the way I was.

I purchased a pregnancy test and took it alone in my apartment. It quickly revealed what I had feared most: I was pregnant. Fernando came over to the apartment, and we cried together. I screamed, cried, clenched my fists, and cursed myself.

What was I going to do now? How could this have happened?

The irrational side of my brain was saying, Maybe there is some way we can make this work! I can have this baby.

My rational side answered, Are you f*cking kidding me? You can barely take care of yourself. You have a job making just enough money to support yourself living in Mexico and that’s it. Plus, you’ll have to stop drinking and you’re not going to do that.

Fer could not have been more supportive. He held me while I sobbed and assured me that he would be with me every step of the way, no matter what I decided.

I first made an appointment to see a gynecologist to make sure the test was correct. My experience there was traumatizing, to say the least.

They immediately did an ultrasound without asking me if I wanted one, and printed me a photo of the ball of cells that was currently inhabiting my uterus.

The gynecologist said, “Congratulations!” He sent me home with some vitamin B pills, assuming that of course I was going to carry this baby to term. My heart ached and I was devastated all over again — but I knew I could not support the life of a child.

There was no other option than to have an abortion. In Cancun (as in the majority of cities in Mexico), abortion is illegal, but I happened to know a few women who had had abortions locally. Through word-of-mouth I was given a business card of a doctor I should contact. The card didn’t say anything at all about abortions — it was very hush-hush.

When I went to see the doctor in his office, we made an appointment for my abortion.

There was a series of steps: First I would take some pills, then the next morning I would go to the doctor’s office and have an aspiration procedure to ensure everything had been removed.

Going to the doctor’s office, I was nervous. The building was in a shady area of town and the office was dirty, with medical instruments that looked weathered.

I didn’t find comfort in the demeanor of the old doctor with white hair. The only thing that put me at ease was knowing that this would all be over soon. I was given anesthesia.

I remember nothing from the 15-minute procedure. Fer was waiting outside the door the whole time. Groggy and relieved, we headed home shortly after. It took my body and emotions months to return to their normal state. The ultrasound image was embedded in my mind for a year following my procedure, but eventually I healed.

Having an abortion was one of the most difficult decisions I’ve ever had to make, but it was the best decision for me, at that time in my life.

I was unstable emotionally and financially, and with a man about whose long-term relationship potential I wasn't sure. Drugs and alcohol were making my life unmanageable and these factors made it impossible for me to give a child the life they deserved.

Today I’m grateful for my abortion, because it truly was the turning point of my life.

Five months after my abortion, I took my last drink. This year, on May 7, I’ll celebrate three years of sobriety. I am still with the man who stood by me and supported through my decision to have an abortion and through my choice to get sober. We are engaged and will marry in 2017.

I can’t tell you how excited I am to have children with this man in a few years — when we’re ready and able to plan our own family.

Without my abortion, I don’t know if I would have gotten sober at all, as it showed me how out-of-control my life was in the midst of plentiful drugs and alcohol. Without my abortion, I don’t think I would have the same loving, healthy, and drama-free relationship I have today with my fiancé. I don’t think I would be a happy, self-confident 30-year-old woman with a successful writing career.

My abortion was the jumping-off point for a better life — but it also completely changed the course of my life.

That is the power of an abortion.

I’ve recently decided to share my abortion story publicly because I am an advocate of living your truth. I wouldn’t be authentic if I kept this secret that has had such a profound effect on my life.

Every experience is different and I’m so grateful to be able to share mine.

You can listen to Kelly’s full abortion story on the Abortion Diary Podcast.

7 Myths That Contribute To The Stigma Around Addiction
Kelly Fitzgerald

My Abortion Was The Turning Point In My Life
Kelly Fitzgerald