My Ongoing Struggle Through Therapy And Medication 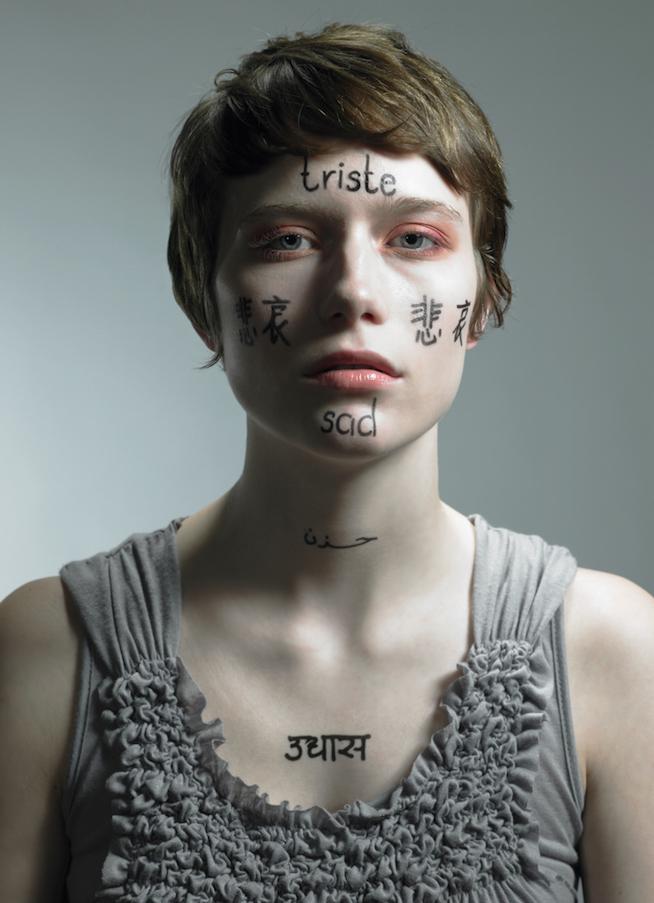 I was a living dead person: The structure was there, but there was barely anything inside.

I would have body-quaking panic attacks that stole my breath and rendered me down to a sack of skin capable only of sobbing and wheezing.

I went to my first therapist when I was a teenager.

My family was dysfunctional to the point of being non-functional. If a decision needed to be made about custody arrangements, my parents were incapable of making it without me. Instead, I was the mediator (and had been since I was a young child), speaking first to my father on the phone and then relaying the message to my mother.

In a rare moment of effective co-parenting, my mother and father decided to get a family therapist — someone to sit in the same room with the three of us to help determine how best to raise me.

There was only one session that included all of us at once. I remember sitting between my mother and father while they talked over each other and I said little to nothing at all.

My second stint in therapy was nearly as brief — only a few sessions. I was in college, and suffering from symptoms of depression. I felt somewhat suicidal (and I only say “somewhat,” because looking back, I know that it would still get much worse), and terribly lethargic. I could remember being chatty and having interests, but even that seemed like dreadful work.

I was a living dead person: The structure was there, but there was barely anything inside.

I found a female psychiatrist with a somewhat dour perspective to her job, and later, a prescription for an antidepressant was handed out somewhat lazily.

The medication made me massively ill. I was in the cafeteria at school, eating before class when I felt my stomach roil. I ran to the bathroom and vomited for the first of many times during the next few days.

I stopped taking the medication, vowing to “power through” my depression, and didn’t go back to my psychiatrist again.

If therapy and psychiatry can be compared to dating, the first two stints were like dating in the literal sense: We saw each other a few times and perhaps made some progress, but in the end, it just wasn’t the right fit.

The third time I sought out a therapist, the relationship stuck for three years.

Her name was Bernie.* Not unlike online dating, I found her through a website of local mental health professionals. At the time, I was sleeping on the floor of a friend’s house because my attic apartment was infested with bats (no, really). I was also in a toxic relationship with my second serious boyfriend, Michael*, and was drinking a bottle of wine a night.

My job as a customer service representative for Medicare appeals involved waffling between large companies and individuals, checking on the status of claims. As a representative, we were encouraged not to get emotionally involved — but how can you help but be broken-hearted when you hear an old lady say she looks like someone walking out of a concentration camp, and the hospice company is coming to take away her oxygen tank?

Thankfully, Bernie returned my message the same night I inquired. She was a woman with a large frame and bosom and looked like she would give healing hugs. Her frizzy hair was pulled up into a carefree bun, and she wore loose, hippy-ish clothes. I liked that she always smiled and rarely offered advice, but rather let me ramble my way to self-healing conclusions.

She recommended books to help me learn to love myself, to help deal with my difficult relationship with my mother, to work through my memories of painful childhood neglect to the guilt of my recent infidelity. The books would often move me to tears, empowerment, and a sense of self-acceptance I never felt before.

My energy levels had plummeted dramatically. I would sometimes fall into bed immediately after work — either to nap, or just for the night.

On the days when I remained awake, I would have body-quaking panic attacks that stole my breath and rendered me down to a sack of skin capable only of sobbing and wheezing. I was having terrible nightmares, and I was cutting, scraping the skin on my wrist with the tweezers or the point of a corkscrew.

There were the mood stabilizers that gave me chronic nosebleeds or came with the risk of life-threatening rashes.

After some months of talk therapy, Bernie brought up medication. Medication was not something I wanted to do. I heard stories of someone I knew on antidepressants being zombified to the point of nodding off while smoking in bed and singeing holes in the sheets. I wanted to retain my nature, but I wanted to reclaim my life more, so I took her referral to a psychiatrist (the first of three), and accepted my role as a guinea pig.

It’s an apt metaphor. Finding the right psychiatric “cocktail” to fight depression, anxiety, PTSD, and Bipolar Type II is not an easy task.

There were anti-anxiety medications that kept the panic attacks at bay, but felt — and still feel — like a crutch. They’re easy to pop like M&Ms, just to feel the immediate sense of placidity.

There were the antipsychotics meant to stabilize my mood, but only subdued me into coma-like sleeps that left me groggy and chugging coffee to counteract their effects.

There were the mood stabilizers that gave me chronic nosebleeds or came with the risk of life-threatening rashes.

And then there’s the regimen I’m on now: an antidepressant that mostly keeps me from suicidal ideation and sleeping to excess, an anti-anxiety medication that I take too often, and a mood stabilizer that keeps me level, but also keeps me from being able to cry when I need an emotional purge.

Currently, I’m not seeing a therapist or a psychiatrist. Living in a small state with a limited supply of mental health professionals means that finding someone who accepts new patients is near-impossible, and being on the verge of poverty won’t allow me to afford the co-pays (even if I could find someone willing to take me as a patient).

Regardless, I’m still on the hunt. But most of all, I’m OK.

I may not be at my final place of peace, but at this place in my journey, I’m OK.

If you like this article, please share it! Your clicks keep us alive!
Tags
bipolar
PTSD
Depression
therapy
antidepressants