So, Where Do We Go From Here? Hope In The Face Of Hopelessness 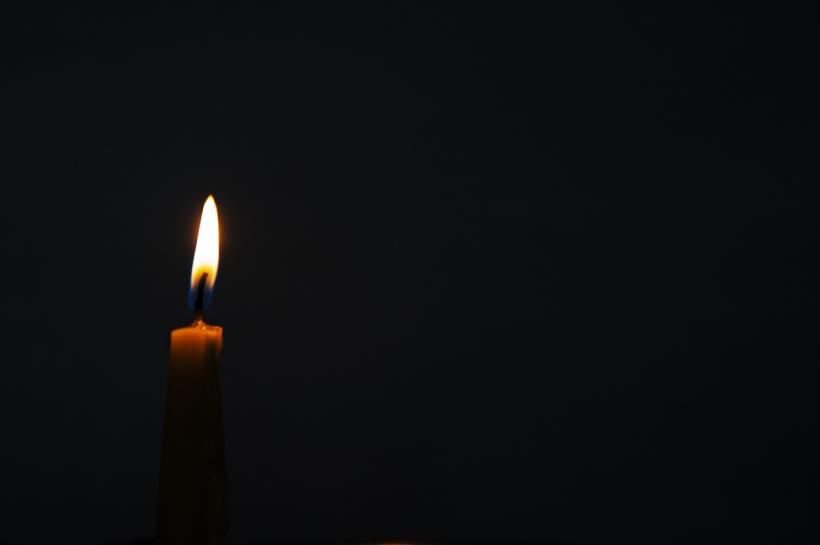 Yesterday, I woke up with unending hope in my heart. I went to my polling place wearing two special rings — one from each of my grandmothers — bursting with emotion as I voted for who I believed would  be our first female president.

I wore those rings for two women who were born before women had the right to vote in this country. My paternal grandmother fought for women’s rights in Iran. My maternal grandmother led with her heart, with the firm conviction that we fight the good fight, that we protect those who do not have the agency to do so themselves, that we leave the door open to those who need us. I felt connected to my lineage in profound ways, proud to be an American and exercise my right to vote.

But then the results came in. I felt shocked, and my shock is a sign of my own passing white privilege.

I knew that there was deep-seated underlying racism and misogyny in this country, but I was incapable of seeing how glaring it is. I was born into an upper-middle class family in Los Angeles. I live in a liberal bubble in New York City. For my friends who are far more marginalized than I have ever been, this may not have been a shock.

I am a woman. I am a woman who is half Persian and half Swedish/Anglo. I’ve been called  “Princess Jasmine,” “camel jockey,” “towel head,” and “sand n***er.” But I still have passing white privilege. And I didn’t see this coming.

I woke up this morning, as many Americans did, in my own version of The Upside Down. As I scrolled through my Facebook feed, which exists mostly in a liberal bubble, I was disheartened to see friends with near-identical progressive ideologies fighting with each other, blaming each other for the loss.

“See! We told you. Bernie would have won. YOU made this happen.”

“Thanks, Bernie-or-Bust people. YOU helped spread alt-right propaganda against Hillary.”

When my 13-year-old son woke up this morning, he came out of his room, phone in hand, shaking, crying, angry, cursing.

I took his hands and told him to look at me. And I told him that everything was going to be okay. I told him that we have the opportunity to continue working for change, continue standing up for what is right, continue facing hate with an unflinching gaze and steady hand — with action, with compassion, with standing on the side of all that is good in people. I told him that being a white male in America means that he has inherent privilege that he can use to be an ally to all those who do not.

I believe in his generation. I believe that they will accomplish things we only dreamed of. I believe that our character has a chance to prevail. And I put my hope in the young people who I believe are here to heal the world.

So, where do we go from here?

Check your own privilege.

Those of us with privilege MUST STAND with those who do not. As a cisgender, heterosexual woman in a super-liberal city with passing white privilege, I need to do more. This is a time in America where the divide is stronger than ever. Half of the country has co-signed a whole lot of racist/misogynistic/homophobic rhetoric. It’s not okay and we can get LOUDER about this.

It may feel like we want to give up. It may feel like we are paralyzed. It may feel hopeless. But, it’s not. YOU, every single one of you can take action, in ways big and small, and do something. We can protest, we can vote in future elections, we can organize in valuable ways inside our own communities — think city council/school board/volunteering in your community. We can be the voice of hope and love and freedom on the Internet. We can teach our children to GO HIGHER.

We can participate in healing the world.

In Judaism, there is the concept of tikkun olam. Tikkun olam is “a Jewish concept defined by acts of kindness performed to perfect or repair the world. The phrase is found in the Mishnah, a body of classical rabbinic teachings. It is often used when discussing issues of social policy, insuring a safeguard to those who may be at a disadvantage.”

For me, tikkun olam is at the heart of my spiritual self. I firmly believe that we, collectively, have the power to heal. It can be hard to turn our anger and disappointment into love and action. But turning toward hatred will only beget more hatred.

Let the anger fuel your loving actions. Let them see that we will not be held down. Let them know that we will continue to love and support each other in real and meaningful ways.

Today, I will focus on self care.

Tomorrow, I will collect myself, I will truly look in to ways in which I can effect change.

On Sunday, I will go to my temple and I will make lunches for the homeless folks who depend on them.

I will raise my son to use his privilege to protect those who do not have it. I will help him move forward with hope, so that his generation can do better than mine has.

I will stand by you, I will fight for what is right, I will align myself with those who are marginalized. I will be a voice for change and hope. I hope you will join me.