Sometimes It's Hard To Feel Things Again: Adjusting To Life After Depression 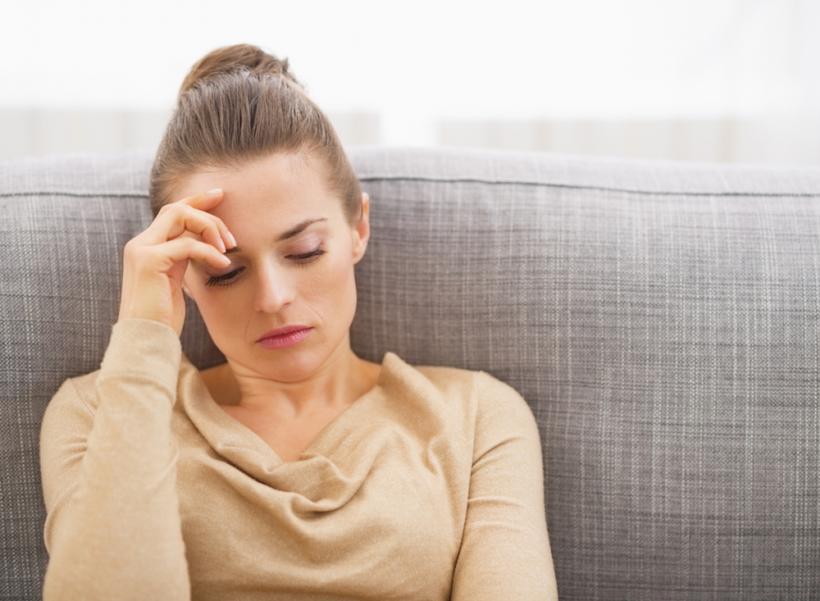 I felt so much nothing that it was an emotion unto itself: the feeling of having no feelings.

I often forget that I even have depression. Its visits are punctuated with such long pauses of actual life-living that I can push it into the recesses of my mind for months at a time.

The price I pay, though, is that my depression also lasts for months at a time.

My first real depressive episode was in the fifth grade. My father’s prescription drug addiction was at its peak, and my home life was tumultuous and isolating. My normal, obsessive-compulsive neuroses became exhausting in a way that I’d never experienced before.

Usually, being anxious was a muscle memory, a tick that I could expect and very often used to my advantage. Anxiety has a frenetic lightness to it; depression drops an anvil on that feeling.

Laughing, talking, reading — even sleeping was an overwhelming task. My grades dropped, and I stopped wanting to do homework or go to school — something that I had always taken an embarrassing amount of pleasure in.

I didn’t feel sad. Sometimes I was sad, but that had little to do with the part I’d call depression. Sadness, like happiness, was a brief respite from the numbness that seemed to envelop me like a fog. I felt so much nothing that it was an emotion unto itself: the feeling of having no feelings. It was like listening to the world from underwater.

The depression subsided that summer, when I instead took to vomiting nightly over the fear of going to middle school, and (in hindsight) the constant fear of living with an addict. The numbness was replaced by an overwhelming sense of feeling absolutely everything, all of the time.

It felt like walking out of a dark cave into direct sunlight. I stopped being able to sleep alone (or sleep at all, really), I developed a nightly ritual of checking my bedroom for hidden bombs and serial killers that lasted 40 minutes, and I cried. So much. All the time.

I’m in a similar situation now, having gone through a nice handful of depressive episodes in the 10 years since my first encounter with it. Having been an unfeeling, sluggish husk of a person with the nap-taking skills of an elderly sloth for the past five months or so, I have reemerged too tender for this world. Everything feels like Too Much, and as someone predisposed to having a lot of feelings in general, this post-depression sensory-overload is not exactly welcome.

People forget to mention that if you wait long enough to ride a bike again, you do remember it — but you also don’t remember that you remember it. Not Being Depressed is the same way. Of course I remember how to feel, but I forgot how that felt.

An incomplete list of things I’ve cried about in the past few days:

Like I mentioned before, I am generally a Jenny Slate Instagram post sort of feelings-having person. It is very likely (read: almost certain) that all of these things would grab me by the heart, regardless of whether or not I am only just emerging from a dense fog of nothingness.

But depression makes everything afterward feel all pins-and-needles. I’ve been asleep too long, and the world is a unibrowed cafeteria lady ladling too much onto my tray at once. I’m not that hungry yet, Helga! Let me work up an appetite first!

I don’t know if other people get this feeling, which is part of why I’m writing it down.

I’m sure this is caused by approximately five million different things — comorbidity with other disorders, environment, disposition, mood — but it mostly feels like I’m out of practice. People forget to mention that if you wait long enough to ride a bike again, you do remember it — but you also don’t remember that you remember it. Not Being Depressed is the same way. Of course I remember how to feel, but I forgot how that felt.

Part of me likes this post-depression surge of stimuli, because it escapes a lot of the filters I have set up to guard my vulnerabilities. I am more likely to hide my emotions than I am to share them with others, except during this tender stage of adjusting back to life on earth. I like these raw, primal tears that slip down my cheeks when I’m not expecting them.

In a lot of ways, it really is like I’ve been underwater.

This is the part where I finally get to breathe in again, and the gasps are ragged and exhausting and feel more like breathing than breathing usually feels — but I’ve been wanting to take them for so long that I’m grateful for the burning lungs.