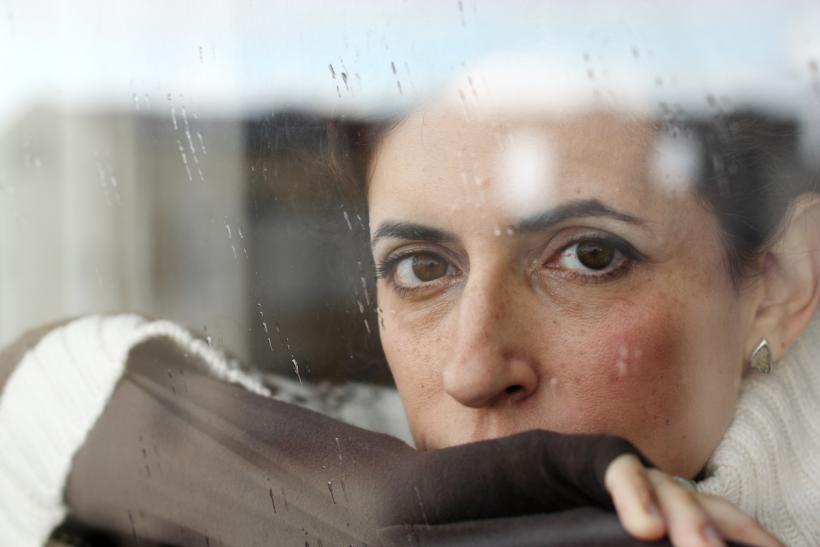 Even the fierce love I have for my family doesn’t mean I don’t feel utterly hopeless sometimes. Image: Thinkstock.

People don't know what it's like to be sure that death would be easier than life.

I had my first kiss — my first real kiss — in eighth grade.

The kiss happened in Staci's mom's van. Staci was my very best friend in the universe, and she was the reason I was in the van about to kiss for the first time. The van was brown and, if seen driving slowly by a schoolyard today, would be cause for a call to the police. But in the 80s, it was mostly just a bus for a bunch of rowdy, kissing teenagers.

His name was Chris, and the kiss was completely unremarkable in every way.

Except to say that it was my first kiss and therefore, a huge freaking deal — a rite of passage, the first step into sexual maturity. Chris wasn't my boyfriend for long — or maybe he wasn't my boyfriend at all, I don’t remember. I was hung up on Matt Edelman, the guy with the icy blue eyes who sat by me in Science (the guy I would marry 23 years later).

About six months or so after Chris and I swapped spit, his mother was dead. She committed suicide, and everyone knew it, because that's how middle school is. It was whispered in the halls, a dirty, shameful secret that we all shared, a secret that wasn’t secret at all.

Middle school is bad enough without having to confront death, so we all just gasped in disbelief and went on listening to New Edition and teasing our bangs.

No one said anything to Chris. Life went on for all of us — though, I suspect, not so much for him.

I felt bad that I dumped him so surreptitiously, the way most breakups happened then, through a friend.

“Joni doesn’t want to be your girlfriend anymore.”

I wondered if I ought to kiss him again, out of pity or condolence or something.

We all knew that suicide was real and a thing that happened to people sometimes, but not people we knew, just strangers. For most of us, that kind of death was just a hypothetical.

But not for me, which probably only added to my discomfort. Marie, my grandmother's sister — my mother’s aunt — took her own life in the late 70s, a victim of her own depression and a handful of pills (I don’t know what kind).

Years later, I heard more about Marie’s suicide from my mother, how she and my father had to go collect Marie's things from the hotel where she was staying when she died. Years after that I would learn that it was bipolar disorder that drove her to end her life, and change our family — and the way I would see mental illness — forever.

Growing up, I didn't know that my mother was sick, or I might have been more fearful that she’d down her own handful of pills with a tequila chaser.

I knew she drank. She drank a lot. I knew the stages of her intoxication — when I should stay around for the ‘I love you,’ when to lean into an unstable hug that might turn into a collapse, when to hide in my room preemptively before the angry explosion that was Intoxication Stage Three. I knew she had a string of boyfriends. I knew she used her sexuality for edification, for power.

I did not know she was sick.

These aren’t the thoughts of a selfish, self-absorbed woman who doesn’t value her family — this is a real feeling that I battle, that I chase away with the distraction of a thousand other things, every day.

At some point, I would put this all together: my mom, her aunt, myself. And then slowly, and all at once, bipolar disorder would be the common thread that connected us all; the genetic benefaction that would qualify our arbitrary mania, extraordinary depression.

And, despite all of this, I became a mother. I chose willfully, deliberately to procreate, knowing that I might be copying that string of DNA, creating more humans who would struggle, more humans that would have to hear that diagnosis. Despite this, despite my labile moods, I decided that I wanted to have children.

I didn’t know what that meant for me.

I could not have been prepared for the ways motherhood would change my life, the complete upheaval that is bringing a human into the world to care for and nurture.

I imagine I thought it would cure me of sadness, give me a reason to wake up, to forge ahead. It seems illogical to me now that I would expect children to ‘fix’ me.

It seems illogical because it is.

People say you should be grateful for your blessings, thankful for your family, for the gift of life. But people don't know what it feels like to fantasize about driving off a bridge, about washing down a bottle of Xanax with a bottle of Patron.

People don't know what it's like to be sure that death would be easier than life, that your children, your family, the world, would be better off if you didn't exist.

In the face of this reality, the chemistry is irrelevant — the sense of desperation I feel doesn't make sense, at least not to those who haven't felt it. It's selfish, self-absorbed, to want to die, to simply want to cease to exist... or that’s what people say.

I told my psychiatrist that I was planning my death. She didn’t look surprised. I suspect she hears that at least once or twice a day; that’s why people go to her cold office and wait in the waiting room with the Van Gogh, to tell her they want to die.

She told me I should have a “stop point,” a bracelet — something on my wrist, perhaps something my children or another loved one had made. A tactile object, a visual reminder to stop and seek help during times of desperation.

I’ve been having a lot of times of desperation lately.

I am grateful for my children, my husband, my home, food, clothes, healthcare, the financial freedom that allows me to have things I need or want. I am grateful for those things. I love my family fiercely.

This gratitude stops me from ending my life, but it doesn’t stop me from wanting to end my life. Even the fierce love I have for my family doesn’t mean I don’t feel utterly hopeless sometimes.

These aren’t the thoughts of a selfish, self-absorbed woman who doesn’t value life; this is a real feeling that I battle, that I chase away with the distraction of a thousand other things, every day. I’m almost always struggling with medication balance, with mood stability, with the frustration of swallowing 11 pills a day to no avail, with more than just sadness, with desperation.

Sometimes — not infrequently — I think this is too hard. It’s just too hard, and I simply don’t want continue to do it.

This isn’t something we want to talk about; we don’t want it to be real.

I’m here for this possibility.

Tomorrow may be better.

If you like this article, please share it! Your clicks keep us alive!
Tags
bipolar
mania
Depression
family
suicide
suicidal ideation