Take The Cake: Saint Mary Of The Chocolates 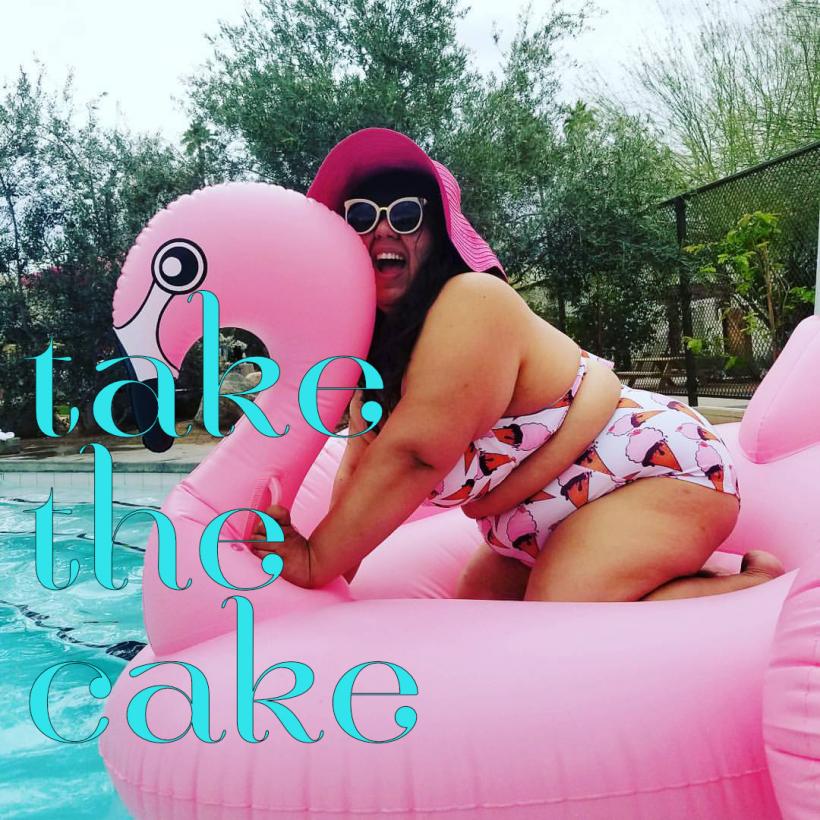 This means that half the week I live walking distance to a See’s Candies — which, if you're me, is a little like living next to Disneyland.

I can identify each chocolate just by the signature swirl it has on top, the texture of the enrobage, or the shape of the piece. Each one just a little bit different, like a box full of the nearly-identical children I grew up with.

I inherited this talent from my mother.

Mary looks out over each of her stores: Her black-and-white portrait hangs high above the rows of bordeaux and butterscotch chews. Her face is round, with a line for a mouth. Mary was a chubby lady — a patron saint of all the fat girls like me seeking treats in this antiseptic little shop. It’s like a hospital for bon-bons in there — white walls, white boxes, and all the cat lady employees (hearts for the cat lady employees) wear white starched dresses that are essentially lab coats.

I tried to carry on the chocolate filching torch by applying for a job at See’s once. But during the interview, I kept accidentally mistiming my responses. I also talked over the old woman's patient questions — “How would you deal with a belligerent customer? Why do you want to be around candy all day?” — on about 29 separate occasions.

The doors of this chocolate coven closed and I lost access to some of its innermost secrets.

The shop near Jacob’s house has a big mirror right at front of the store, to the right of the entrance. You have to pass it in order to get into the store.

Any pragmatist would say that this weirdly-placed mirror has some kind of purpose that makes sense — like helping people see oncoming traffic, or something?

But I think it’s there so you can look at yourself before you come in. It feels like some kind of silent test. You cannot enter this chocolate chapel without being forced to see yourself, to reckon with your deepest desires.

Something I’ve noticed is that no one goes into See’s accompanied.

There’s only one other place I know that feels like this, and it’s this tiny Taco Bell in the middle of the Financial District in San Francisco. There are no tables or chairs — simply a long, slender counter that snakes all the way around the inside perimeter of the restaurant. So while you’re eating, you have the option of either staring at your chalupa supreme or the wall. Standing. And then leaving without making eye contact.

I know that many, many people engage in these kinds of rituals as a way to shake the feeling of shame we’ve been taught to have when it comes to food made almost entirely of heavy whipping cream, butter, and sugar (or in the case of Taco Bell, sand... yummy, yummy sand).

I believe at the core that eating is (and ought to be) joyous, pleasurable, and even fraught. In short — emotional.

I myself was a compulsive engager in shame-eating. I used to stand eating in the dark, or only eat while the refrigerator door was open, like I was playing a game of chicken with my California environmentalist guilt. I’d wait until the global warming-induced slow-mo baby seal death reel in my head became louder than my mawing need for cheese.

Then I’d close the door.

The woman in the lab coat comes over to me. I’ve seen her before: She’s a small redhead who giggles whenever she finishes a question. I’ve decided she’s either the kind of woman who goes home at night to a meticulous and elaborately-colored apartment and sighs while she waits for her Lean Cuisine to finish microwaving — or she's the kind of woman who comes up with elaborate and mildly-sinister chocolate-related tests to determine the integrity of mankind (only to confirm her future plans to poison every truffle in the place).

Wes Anderson or David Lynch? Either way, I like her.

Handing me a milk chocolate filled with flaky brown sugar, she asks if the enormous amber brooch I’m wearing came with my bright-red v-neck.

I tell her that I bought the brooch separately and that I’d like a cup of peanut butter patties, a cup of caramel patties, and one milk butter chew. She gives me a vanilla lollypop, and two samples of their strawberry cream and orange cream “little pops.”

I get the sense that she doesn’t do this for everyone.

As I’m leaving, she apologizes for having forgotten to give me a sample and offers me another one (definitely Lynch). Strawberry cream in milk chocolate. I want it. I tell her that she actually did give me a sample, but I take it anyway.

As I’m leaving, I have this intense urge to shame-eat the whole bag in the empty parking lot behind the store. What’s weird about this desire is that I don’t feel ashamed that I got these chocolates. I’m not worried about what they will or won’t do to the size of my butt, thighs, double chin, arm fat. I don’t feel like I need to hide them from others — or myself.

And yet because of those old days — the days when shame-eating was my only respite from dieting — my mind somehow created an inextricable link between shame-eating and this incomparable sense of pleasure.

Scarfing those chocolates in the parking lot felt like that one time at 17 when I snuck out of my parents' house and into the backyard at midnight to touch that hot Portuguese rando’s wiener. (I met him on a telephone personals line because fatphobia had ruined my entire high school dating career and meeting fellow teenage boys IRL was totally out of the question.)

There was a thrill that my mind remembered — the thrill of disobedience — and I wanted it again.

I believe at the core that eating is (and ought to be) joyous, pleasurable, and even fraught. In short — emotional.

I'm going to tell you this: I believe in emotional eating.

I never want to react to a spoonful of tiramisu with stoicism. I never want to consume carrot cake without passion! And I have no desire to divorce my experience of chocolate from something deep and real — something the opposite of shameful.

I thought about that mirror I’d passed on the way in, and I realized that it was a metaphor.

So I thought of a new ritual.

I think Miss Mary was totally smiling down on me from her candy shop in fat lady heaven while I strolled down El Camino downing fistfuls of chocolate, for all the world to see.

If you like this article, please share it! Your clicks keep us alive!
Tags
take the cake
Virgie Tovar
column
fat acceptance
fatphobia
chocolate
emotional eating