That Time My Eating Disorder Broke My Leg 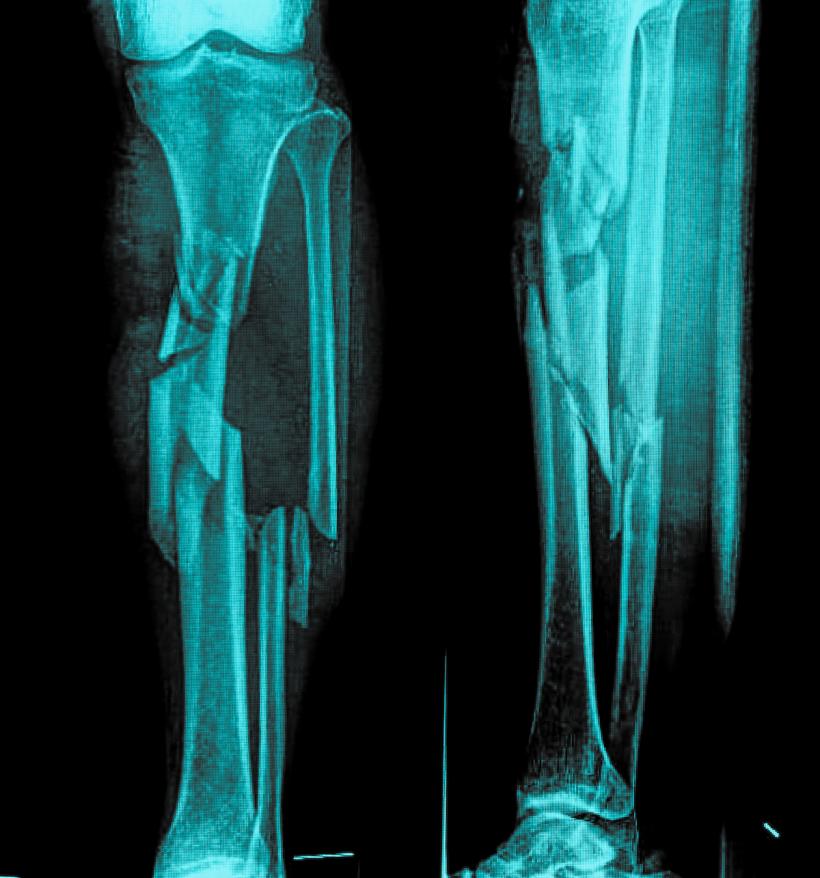 The thing about exercise is, it doesn't present like an illness. Neither does dramatic weight loss.

CW: This essay offers an in-depth look at my eating disorder. Please keep your own recovery and/or sensitivities in mind.

Suffering is revered. Pain is praised. The more you endure, the more you are.

I broke my leg the way you fall asleep: slowly, then all at once.

I was running when it broke (or, more aptly, when I broke it).

I didn’t fall. Nothing fell on me — it just broke.

I didn’t know it was broken. As far I knew, it was just hurt. Shin splint. Bruising. Strain. Something unlike broken.

I kept running — for a while, two months maybe. I ran on it through pain, because “No pain, no gain” — or something like that.

I went to the doctor finally, after the swelling wouldn’t subside, the pain wouldn’t relent. He said he didn’t know what it was, but it wasn’t broken: Broken legs hurt; you don’t run on a broken leg.

He sent me for an x-ray.

When I saw the x-ray, and the break, I cried. I cried hard — not because my leg was swollen and painful and broken, but because I didn’t want to stop running. My devastation seemed unwarranted to the people around me. The sinking depression, the tears, all of this spectacle: unnecessary, dramatic.

In August, three weeks before my 34th birthday, I got up before the sun and walked two miles.

I did this every day. About a week after I started walking two miles a day, I realized that if I ran the same amount of time that I walked, I would burn more calories.

So that’s what I did. I started running.

Aside from three forced PE tests in high school, and two in junior high (and that time my best friend Staci and I played ding-dong-ditch), I had never run before in my life.

I couldn’t run at first, not more than a minute at a time, not without my body aching, cramping, screaming.

So I did what my lungs and muscles would allow — just shy of collapse. Walk one minute. Run one minute. And so on. Every day I added 15 seconds to the amount of time I was running, every day more distance, more time.

A week after I started running, I decided to run a marathon.

Two months after that, I broke my leg.

When I started running, the weight, which was already falling off by virtue of my point counting, started melting away.

Weight Watchers taught me some physiological math, which is part of the “lifestyle” that allots you extra “points” for exercise. Extra points = more food. Or, in the event that you forego more food, less overall points consumed for the day. Fewer points = more weight loss.

I watched my shadow diminish a bit every day, shrinking in the summer sun, my outline on the asphalt, dwindling to a lengthened, shapeless version of myself.

Cake (one square carefully measured, white with buttercream frosting) = X minutes on the elliptical, or X miles of running, or X minutes of vigorous weight-lifting.

It started with cookies, cake, ice cream. And then it expanded to include carbs in general. And then dairy. And then protein.

And then, if I ran enough, rode enough, did enough, my net calories were zero.

But you don’t see the sickness; you don’t recognize the dysfunction. You don’t know that your relationship with food has become a list of checks and balances.

My mornings started to revolve around the gym. Planning and sleep deprivation meant that after working 12.5 overnight hours, I could get home, get the kids to school, and go to the gym. And work out for three hours. And burn off all the food I'd eaten the night before, and all the food for that day, too.

I counted points and calories until I had depleted my bones of their minerals. I counted miles until I broke my leg.

The thing about exercise is, it doesn't present like an illness. Neither does dramatic weight loss. Suffering is revered. Pain is praised. The more I endured, the more I was. Marathon training, riding my bike 10 miles a day, lifting weights for 45 minutes, running the stairs at work: I was dedicated.

I was not “sick.” I was dedicated.

Until I was sick.

I couldn't see the sickness; I didn't recognize the dysfunction. I didn't know that my relationship with food and fitness had become a list of checks and balances.

Until someone told me.

In my case, the “someone” was a therapist that wasn’t even supposed to be addressing my personal health — or lack thereof.

By the time I sat on her sofa with the sunken center and looked past her head at the country road behind her, I wasn’t thin anymore. Had we never discussed my body image, I might never have told her that I once worked so “hard” that I weighed 10 pounds less than my high school weight.

She might never have looked at me, brow furrowed, hand poised above her legal pad covered in notes, and said, “Joni, you have exercise bulimia.”

I was calorie restricting, sure. Who doesn't calorie restrict on a “diet?” That’s exactly how a “diet” functions. You eat less — either of certain food families, like carbs or sugar — or you eat less overall, or you eat very, very little because the control feels too good, and the reward of the diminishing numbers, too accomplished. I was restricting.

But my running never factored as anything other than “fitness.”

Running is healthy. Biking anywhere, for any distance, for a pancake. Weightlifting, free weights until my arms burned, machines until my legs trembled. Swimming, up and down the length of the Olympic-size pool until I couldn't breathe. The elliptical, when my knees could no longer absorb the impact of the asphalt. Rowing, when my hips ached after hours on the elliptical. Yoga, but only the fast, sweaty kind. Zumba, whatever that is. Stationary biking, when it was rainy or frozen or too sweltering for real biking. The biking they do in the dark room with techno music blaring, the instructor urging me on through his sweaty gasps for air.

And then I had a thigh gap — and a broken tibia.

If you or someone you love has an eating disorder, please visit the National Eating Disorders Association's website for more information.

If you like this article, please share it! Your clicks keep us alive!
Tags
eating disorder
bulimia
exercise
restriction
orthorexia 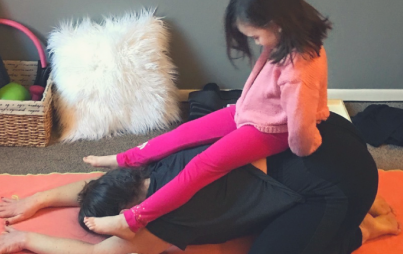 Making Yoga A Part Of Your Parenting 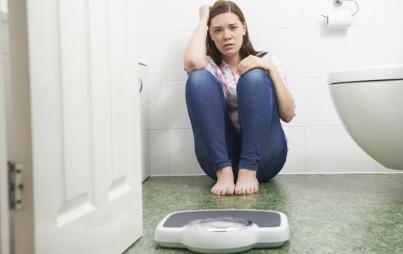 The Problem With Dismissing Anorexia Narratives 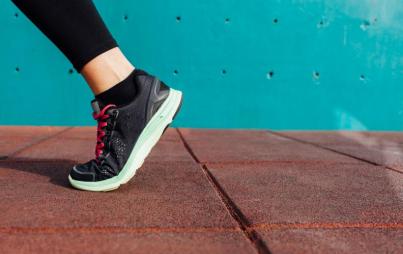