When Your Mother's Land Isn't Your  Motherland 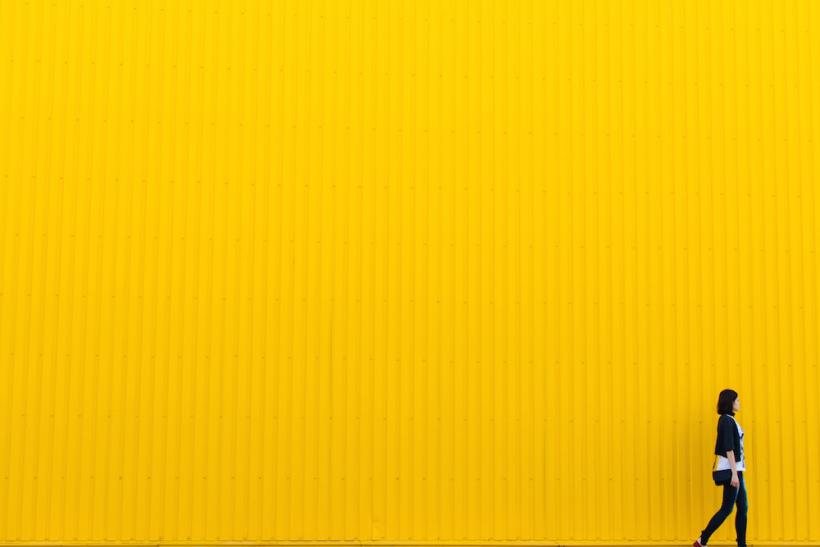 I know that I come from my mother (and my father, too, of course), but where does she  come from?

Early on in our courtship, my husband and I swapped stories of our travels.

His tales of a family vacation to France and Germany enchanted me — he described a little boy who was as in love with the Louvre as he was Pokémon.

But his tales of a Central American country smaller than the state of Massachusetts had a different effect on me.

Instead of delight, I felt resentment. Mentions of El Salvador stung.

Other than the aforementioned family vacation, my husband (a white American of German, Polish, and English heritage) has no personal connection to El Salvador.

When he was a boy, a family friend took a government job in San Salvador and invited my husband's family to come visit. So they did. Mostly, my husband remembers eating pupusas and being escorted by men with AK-47s. It's funny that about 12 years later, my husband married me, a woman who's half-Salvadoran but has never been to El Salvador. It's coincidences like these that tempt me to believe in fate.

But I would never say that my husband's visit has satisfied my need to see my mother's homeland. I still need to go.

My mother left El Salvador when many other Salvadorans did, during the country's civil war. The last time she visited was in the mid '80s — still a couple of years before I was born. She has never been back, and that will probably remain the case.

As she's put it, nothing's left for her there. After 30 years dotted by wartime, natural disasters, and continued violence, that isn't such a farfetched thought.

I doubt many Salvadorans of my mother's generation fled El Salvador to go “find themselves.”

Even in developing countries, things change.

A country doesn't have to be rich to change because change comes in forms other than high-priced condos and juice bars.

An earthquake alone could've wreaked havoc on the coffee plantation where my mother grew up — just one on a long list of places from my mother's childhood that I would love to visit.

Also on the list: my mother's childhood homes, her schools, her church, and all of the other places she hated to leave.

Opponents of immigration seem to picture immigrants getting bored, packing up their suitcases, and moving on a whim. While there's nothing wrong with globe-trotting, immigrants and ex-pats should never be confused. Their legal classification may be the same, but socially, they are very different groups of people.

Ex-pats have the privilege to pick up and choose where they live.

Take, for instance, the recent college graduate who decides to teach English abroad for a year. Immigrants are pushed out of their home countries due to social, political, or economic forces beyond their control — poverty, genocide, wartime.

Regardless of what that force may be, it's never pretty. Often, it's horrible, just as the process of leaving everything you know and love — possibly forever — is horrible. I doubt many Salvadorans of my mother's generation fled El Salvador to go “find themselves.”

Seeing a pin on a map doesn't satisfy my curiosity. It's too abstract. I want the sights, sounds, and smells of my mother's childhood to overwhelm me.

Even today, El Salvador is considered one of the most dangerous countries in the world. For years, I've used violent crime statistics as an excuse to not go. But similar statistics didn't stop me from visiting certain parts of Mexico. I think the difference is that I've spent my whole life building up this mythical place — this so-called El Salvador — in my mind.

The reality of what El Salvador actually is may devastate me. Ever since my birthday last fall, I've been quietly urging myself to overcome that fear. Now that I'm the same age my mother was when she last saw her birth country, the tiny voice in my head keeps whispering, Just book a flight.

My wish to visit El Salvador is part of a natural desire we all have: the need to know our origins.

I know that I come from my mother (and my father, too, of course), but where does she come from? Seeing a pin on a map doesn't satisfy my curiosity. It's too abstract. I want the sights, sounds, and smells of my mother's childhood to overwhelm me.

To which she would repeat: “That place doesn't exist anymore.”

It doesn't exist any more than my father's post-war New York does, but I've been to the Lower East Side and Rye. I live in Brooklyn. I can't travel back in time, but I can still step onto a street and imagine my father walking there as a little boy.

Even if it means dismantling what lives in my mind, I need to see my mother's land.

If you like this article, please share it! Your clicks keep us alive!
Tags
Immigration
El Salvador
heritage
family