White Parents: Teaching Our Kids To Be Colorblind Isn't The Answer 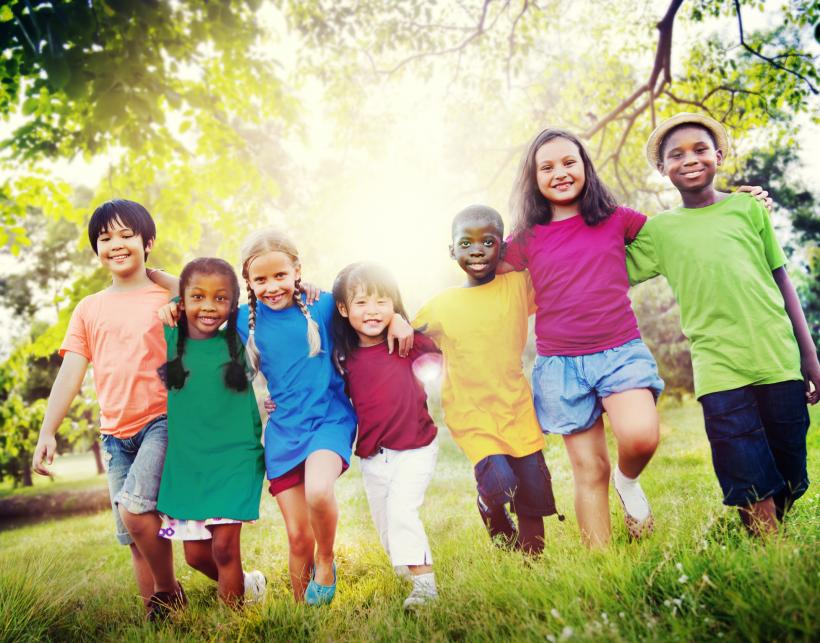 Teach your kids to celebrate differences.

“Is she Black or white?” I asked another mom who was describing a little girl in her son’s class that she thought my family might know.

“Oh, we teach our kids to be colorblind. They don’t see race at all.”

I hear that a lot from white parents. Always with just a whiff of condescension in their voices. Like by deigning to ask a question about race, I am proving that I am racist. That by acknowledging our inherent differences I’m admitting to something heinous and dirty.

Proud, they teach their kids to ignore skin color completely.  It makes them feel good. Progressive. Smart. Modern. They feel like they're helping to solve the problem, doing their part.  But, not only are they NOT solving the problem, they’re contributing to it. I know their intentions are good. They’re trying to teach kids to treat everyone the same, be respectful, not be racist. To be “woke”.

You can guarantee that parents of color aren’t teaching their children to ignore race, aren’t telling their kids that we’re all the same. And they shouldn’t. People of color have a completely different cultural experience than people with white skin. To teach white children to be blind to race is to teach them to discount that difference, to ignore it. THAT is privilege.

White parents need to ENCOURAGE their kids to talk about race, ask questions, learn. Feed the discussion, not the ignorance.

If you tell your kid his entire life that all people, regardless of the color of their skin, are exactly the same, then when your white kid is a white grown up and he sees a disproportionate percentage of the people living in poverty have different skin color than he does, he’s going to assume it’s because there’s something wrong with them. He will blame the people, not the flawed system. If we’re all the same, those people with brown skin can just work hard and be successful, right? Just like him and his buddies with white skin.

By teaching your kids not to see color, you’re teaching them that the black men gunned down by white cops must have been criminals, they must’ve been bad guys, they must’ve deserved it.

By teaching your kids not to see color, you are teaching them that systemic racism in fact does not exist.

You are removing the context of these horrible things. And without the context, the story is not the same.

By teaching your kids to be colorblind, you are not only discounting hundreds of years of culture and generations of struggle, but you are teaching them to be complicit in a culture of racism and fear.

Colorblind is not the answer. Skin color exists. Race exists. Racism exists. To ignore it and pretend it doesn’t is not just the wrong way, but is exacerbating the problem. Ignoring race, being colorblind, teaches kids that there’s nothing to talk about, nothing to discuss. White parents need to ENCOURAGE their kids to talk about race, ask questions, learn. Feed the discussion, not the ignorance.

If you like this article, please share it! Your clicks keep us alive!
Tags
parenting
Children
race
ethnicity
colorblind
culture