The Case For Watching Trump's Inauguration 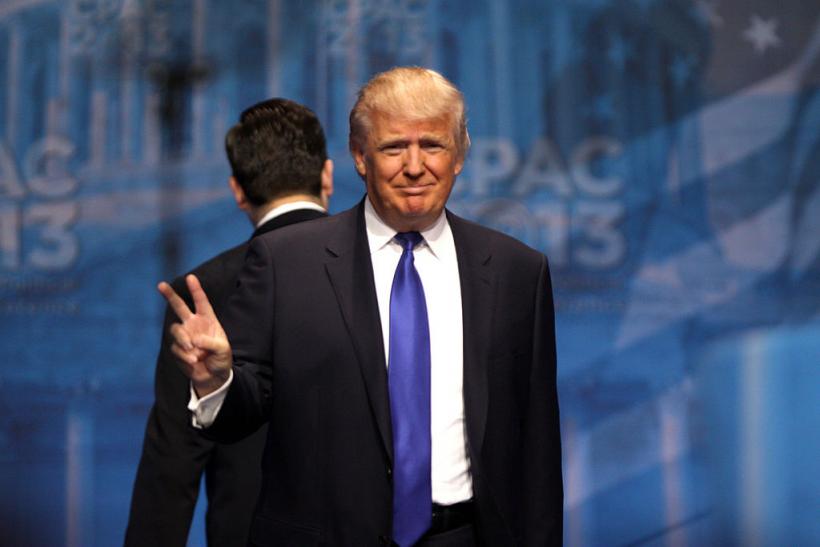 With or without your viewing, this is happening. (Image Credit: Gage Skidmore via Wikimedia Commons)

Because it looms a mere three days away, the subject of President-elect’s inauguration is a media fascination. Will there be protests? Will they get rowdy? Will there be helicopters? Will the fever dream of David Foster Wallace really manifest itself in reality?

No one knows the answer to all these questions, though a “yes” seems a solid bet on that final one. But a longer argument, for many on the left, has been whether or not to watch the actual, literal swearing-in of Donald Trump. A solid “no” seems to be winning that dispute.

Call your member of Congress: 202-225-3121. Vote was tipped by Russia & Comey. Trump unstable. Tell your rep to boycott Inauguration!

I expect every single Democratic congressperson and senator to #boycotttheinauguration. Every. Single. One.

Please read, this is very important!

I can see the rationale for representatives and senators to refrain from attending the Jan. 20 proceedings. Their absence can be read as what it is: a refusal to condone, in any way, a person like Trump becoming president. From a political perspective, boycotting the inauguration wins points for Dems in solidly blue states.

I’m sure some of them even believe they’re doing the country a service by taking a stand. (I do wonder about future repercussions, should Trump at some point deserve, as he seems intent on doing, an impeachment. How exactly will politicians who refused to even attend a ceremony dating back centuries make the case that they can be trusted on judging Trump impartially? My take is, that’ll be a hard sell.)

But what about viewers at home? For many of us, the election of Trump was more than a letdown – it was the irrefutable proof that millions of our fellow Americans are okay with sexism, casual and aggressive, than we probably thought. It gave us the inescapable conclusion that a president can judge others based on their ethnicity, and that’s fine, as long as enough people vote for him. It has brought us a man who puts more trust in the words of a murdering thug like Vladimir Putin than the birth certificate of our own president. On almost every conceivable point, Trump comes up short.

It’s vital for disappointed and apprehensive Americans to accept the reality of Trump as president. Whether or not we watch, this is happening. Seeing it on television might help bring that truth home. And such a brutal and inescapable awakening can be a source of motivating energy.

Our eyes on the screen – whether present or absent – won’t be immediately felt by anyone. So why not skip the proceedings, turn the TV on and make sure it’s set to Bravo!, and then go join a protest, or meet up with friends, or take a nap?

And as I was thinking through this question, a theme from The Crown sprung up from the ol’ memory. I fell into a delightful holiday binge with this Netflix show, based on the early life of Queen Elizabeth. That’s a post for another time. What came to mind concerning whether or not we – regular citizens – should or should not watch on Inauguration Day involved the symbolism of that titular object – the crown itself.

It’s a symbol of the monarchy. It pre-dates Elizabeth, and it will outlast her. She wears it for a while, and during her reign, she is told, the goal is to de-center herself and become a vessel for its weight alone. The crown puts her above all British subjects – including herself.

The inauguration is the closest America gets to such symbolism. It’s the peaceful transfer of power from one outgoing president to the incoming one, a moment we take to publicly recognize our democracy doesn’t involve military coups or bloody takeovers, but rather the honoring of voting through our political process.

That deserves our respect. Donald Trump’s inauguration is bigger than him (something he will not – and perhaps cannot – understand or acknowledge).

But it is. And it’s worth watching.

Perhaps as important, I think it’s vital for disappointed and apprehensive Americans to accept the reality of Trump as president. Whether or not we watch, this is happening. Seeing it on television might help bring that truth home. And such a brutal and inescapable awakening can be a source of motivating energy.

If you like this article, please share it! Your clicks keep us alive!
Tags
inauguration
#BoycottTheInauguration
donald trump
president-elect
watching the inauguration